Hope Out of Nazareth

In the biblical town of Nazareth, a new hope is arising. Young men and women are gathering to pray; expecting God to move in the towns and cities of Israel - expecting to see His glory as He restores, heals and revives His ancient land.
These prayer warriors have been gathering regularly at HOPE, a Christian ministry and training centre, founded by Rania Sayegh to raise up, equip, and mobilize prayer warriors in Nazareth and all over Israel.
"We are so excited about what the Lord is doing in the region as He is raising up intercessors and warriors to stand in the gap for their cities. For the first time in the history of Nazareth there has been continuous 24 hours of prayer to the heavens over Nazareth." 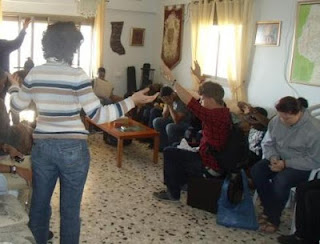 This ministry has recently initiated two 24 hour prayer watches and are hoping to hold a 24 hour prayer gathering every month. 22 youth were involved, 11 of them have been receiving music training at HOPE and were able to use their gifts to lead times of worship and prayer during the event. God is raising up prayer warriors among the young people to cry out for their nation.
The name of the ministry is an acronym of House Of Prayer and Exploits. Rania's vision is to train believers in Israel, both Arab and Jewish, to become intercessors and
worshippers and to send them out to do the Lord's exploits. It was in Nazareth that Jesus entered the local synagogue and was invited to read from the book of Isaiah. It was in Nazareth that he proclaimed that the scripture had been fulfilled in their hearing. In modern Nazareth, young people are fulfilling this scripture today - Praying for salvation and freedom for the oppressed, healing for the sick and revelation to the spiritually blind!
'Prepare the way of the Lord' shout the Old Testament prophets. As they dedicate themselves to pray and to worship, these young intercessors are doing just that - they are passionate and see their role as vital to the salvation of the whole nation.
Pray for Rania and the ministry of HOPE as she trains and mobilizes a spiritual army to pray for the Kingdom of God to be on earth as it is in heaven, in Nazareth and throughout Israel!

If you would like to bless this ministry with a financial gift. Click the DONATE button at the top left of this page and designate your gift for HOPE - Nazareth.

Jesus went to Nazareth, where he had been brought up, and on the Sabbath day he went in to the synagogue, as was his custom. He stood up to read, and the scroll of the prophet Isaiah was handed to him. Unrolling it, he found the place where it is written: 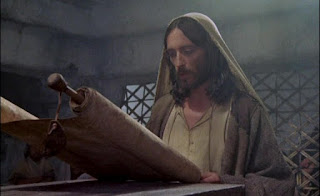 "The Spirit of the Lord is on me, because he has anointed me to proclaim good news to the poor. He has sent me to proclaim freedom for the prisoners and recovery of sight for the blind, to set the oppressed free, to proclaim the year of the Lord's favour."

Then he rolled up the scroll, gave it back to the attendant and sat down. The eyes of everyone in the synagogue were fastened on him. He began by saying to them, "Today this scripture is fulfilled in your hearing."