How long does it take to ‘grow’ a disciple of Jesus’?  A home fellowship?  A congregation?  A movement that affects a nation?  If you didn’t know that around 30 years ago, there were perhaps only three or four local, indigenous congregations in Israel, you could be forgiven for not noticing that God is doing something in that heavily disputed strip of dirt in the Middle East.  If, however, you learn that in 3 decades, three or four has become over 150 congregations, home fellowships and prayer centres, then you can begin to see that the Gospel is alive and well in Israel!

This kind of growth is exponential, not often heard of in other nations.  What’s their secret?  Do they know something we don’t know?  Or maybe it’s in their DNA?  After all, if their ‘nation can be born in a day’, as foretold by the Prophet Isaiah, perhaps it’s not so hard for God to ‘grow His church’ in a few tumultuous decades!  If it’s God’s time for you, then it’s your time.  And listening to the testimonies of the Believers tells me it’s time in Israel.  They believe the harvest is ready and ripe and plead with us to join them in prayer for more labourers and resources.

Quick growth in such a short time does not come without its challenges, and discipleship is a key factor to not just bringing a harvest in, but to keeping it alive as it matures and readies itself to go out and plant, water, and harvest anew.  That’s why Your People My People are always excited and encouraged to hear about ministries and individuals that are involved in discipling and nurturing other believers in the Land.

Just this month we received a report from Adonai Roi Congregation in Tel Aviv that they had hosted a two day Marriage Seminar for 17 couples, from young to old.  They were taught on conflict resolution, intimacy, family and spiritual leadership and the pillars of a healthy marriage.  They also had time for fun activities and romantic dinner together, and went home afterwards feeling encouraged and refreshed.

We also heard reports from youth attending a special 3 month program called Lech Lecha (Go Forth/You Go), where Jewish and Arab youth spend time visiting different congregations around the country, serving and studying as they go.  Their name comes from God’s call to Abram in Gen 12:1 to leave his home and go where God told him to.  Their vision is to train and disciple young Israelis so they can take their faith with them when they study, serve in the military, and start their careers.  Even though their numbers are growing, those who are Believers in Yeshua/Jesus, are not often well received by Israeli society, and for this reason it is even more important that these young people are well grounded in the foundations of their faith. 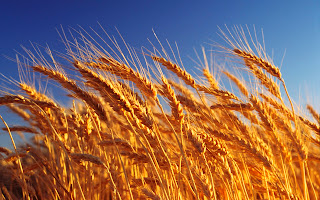 YPMP actively supports discipleship in Israel.  Would you prayerfully consider investing financially into the lives of the Believers in Israel by partnering with us?  We would love to do more to help these local ministries that promote relationships between Jewish and Arab believers in the Land.