Surviving the Holocaust: Love your Neighbour 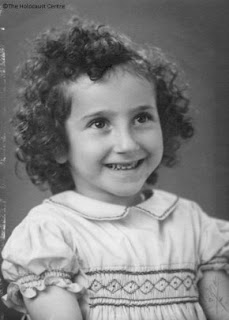 My name is Blanche Benedick and I was born in Copenhagen in Denmark, on 20 September 1933. My father had a small factory. He was a wonderful man who could turn his hand to anything to look after the family. My mother always seemed to be in the kitchen. I remember coming home from school and being greeted by delicious cooking smells. I had an older brother and sister from my father’s first marriage. My younger sister was born later, in Sweden.

We lived in a second-floor flat in a mainly Jewish area in Copenhagen. It was a traditional Jewish home and we lit our candles every Friday night. We didn’t go to synagogue every Saturday, but we always went at festival times. Before the war, we also kept the special dietary rules at home. I have very clear memories of the festival of Passover. Grandfather would go through all the prayers and songs from beginning to end – which takes hours! I was only about 10 and we weren't allowed to eat until he had finished – about 11pm! I used to sit and look at the painting on the wall – a table with a big bunch of grapes – and I used to count the grapes. I still have that painting at home today and I treasure it.

As a child, I liked sports and singing, but I also loved playing outdoors. I had my dolls and pram and used to take them for walks on Sundays with Mona, my friend from across the road. Mona was my best friend, but she wasn't Jewish. We went to school on the same tram, although to different schools. I started at a Jewish school when I was about seven and can remember my first day. We had to wear little aprons and the first class was like nursery school; you learnt a few things and got used to playing with other children. I stayed at that school until I was ten.

When war broke out and the Germans invaded Denmark in 1940, we suffered the same curfews and rationing as other countries, and there was bombing. We had to run down to the cellar whenever there were air raids. There was a lot of talk about the Jewish people – that things were going to get worse for them. One day at school, the headmaster called me into his office and said, ‘You know there’s a war on?’ And I replied, ‘Of course I do.’ By then I was ten and knew what was happening. He went on, ‘Well, Mona’s mother came to see me today and said you have to go back to their house this afternoon. Your mother and father are there as well.’ So I went back to Mona’s after school. My mother was sitting crying and my father was pacing up and down, looking worried. Mona’s mother said, ‘Don’t worry, Blanche, you’re going to stay here with us for a few days. We’re going to hide you because we've heard that all the Jews are going to be rounded up.’ That was in October 1943.


Like many ordinary Danish people, Mona’s parents were wonderful and did so much to help us – even though they were risking their own lives. There were about 8,000 Jewish people in Copenhagen at the time – and only 450 were caught. Mona’s father was a keen photographer and had a dark room to develop his pictures. He told me, ‘If you hear the Nazi police coming up the stairs, run into that little room and keep very quiet.’ The police actually came twice and it was very scary.

We stayed there for about four days, but it wasn't safe for Mona’s parents to keep us very long. They arranged a taxi to take us to the coast – because our aim was to go by boat across to Sweden, which wasn't involved in the war. I remember that in the taxi, my father gave me some money and said, ‘Keep that safe in your pocket. We’re going to hide you under the rug, so if we get stopped, they might not see you. If we’re separated, you've got your whole life ahead of you and might have a chance of being saved.’ Fortunately, we were not stopped.

At the coast, we went to a big hut where the fishermen kept the catch of the day. There were some other Jewish people waiting there, but because my mother was pregnant, the fishermen took us in the first boat. There were about 20 of us, including some small children. The little ones were given a sleeping tablet so they wouldn't cry or make a noise. We got into the fishing boat at dawn the next day. The fisherman hid us under a big tarpaulin and we set off. The journey across to Sweden usually took about two and a half hours, but that day it took ten because the fisherman had to keep stopping and throwing his nets out, pretending to be fishing. It was very cramped and uncomfortable and we could see lights shining from German boats. It was all very frightening. Fortunately, we arrived in Sweden safely. 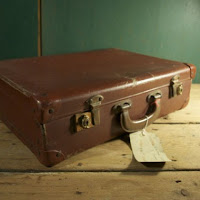 Once we arrived, we were taken to a church hall that had been turned into dormitories. In another room that was like a canteen, we were given a bread roll and some tomato soup. I remember we were only allowed one roll and one bowl of soup because more boatloads of people were arriving through the day and night. I didn't go to school for that first year in Sweden, but I learnt Swedish very quickly. After my baby sister was born in January 1944, I went to a nice Swedish school, where I was treated exceptionally well. We were the only refugee family living in the little town and the local people did a lot to help us. I remember there was a school skiing trip, but we didn't have much money at home so I didn't say anything about it. One day when I got to school, there was a weekend case on my desk. I put my hand up and said, ‘Excuse me, miss, there’s a case on my desk.’ And the teacher said, ‘Yes, it’s for you.’ I opened it and inside there were sweaters, socks and mittens – everything you needed for a winter break. I burst into tears and my teacher said, ‘Did you really think we’d go without you?’ Then she gave me a little brown envelope and said, ‘This is from the teachers. It’s your spending money – just the same as the other children.’

We stayed in Sweden until 1945, the end of the war, then went back to Copenhagen. We were so happy to discover that all our family had survived. We went to see if our flat was still there. Our lovely neighbour – again non-Jewish – had even rented it out while we were away and kept the money for us.

Back in Copenhagen, I finished my schooling and met up with my old friends again. I desperately wanted to train to be a dress designer and work for the biggest fashion house in Copenhagen. I got an apprenticeship there and qualified as a cutter and designer when I was 18. Then I came to England in 1952, where I met and married my late husband, but that’s another story...

I like to tell my story to schoolchildren because I think they can learn from my experiences. We live in a multi-racial society in England. We are lucky to live in a free country and should mix with everybody and try to understand other people’s culture. Think what the wonderful Danish and Swedish people did for me and my family...

This and other Survivor stories can be found on the Holocaust Day Trust website: www.hmd.org.uk