I Will Send Down Showers In Season 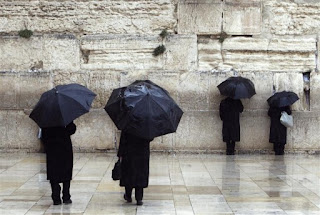 Having been born in a country with an overabundance of rain (often to the chagrin of its inhabitants), it has been hard to grasp the incredible importance of rain for a country that only sees the wet stuff for a few months a year. Israel is one of those countries and it wasn't until I spent several years living through their annual seasonal cycle that I understood the importance of rain falling during the relatively short winters to counter the long, hot rainless Israeli summers.

Water is vital for life. This precious commodity stored up during the winter months has to last through the long dry summer until the next rains the following winter. For Israel, rain is a blessing and a sign of the faithfulness of God who promised to be their Provider. In the words of the prophet Ezekiel:


"I will make them and the places surrounding my hill a blessing. I will send down showers in season; there will be showers of blessing.  The trees will yield their fruit and the ground will yield its crops; the people will be secure in their land." Ezekiel 34:26-27

Over the past 10 years, Israel has had very low rainfall causing much concern. The Sea of Galilee, the main reservoir of fresh water for the country, has remained at dangerously low levels year after year, plundering Israel's reserves. Officials imposed various water bans and drought-related rationing measures. Believers in Israel asked brethren around the world to join with them in praying for the Lord to 'send down showers in season...'


This last winter, Israel experienced the most bountiful rainy season in a decade. Heavy rains fell like a blessing, quenching a dry and thirsty land. A sudden abundance of rain does not come without it's problems however, and in January, a severe storm lasted almost a week causing havoc. Some 300 people had to be evacuated from their homes because of flooding in the north, flash floods washed cars from roads and heavy snowfall in the Golan Heights and Jerusalem caused traffic accidents. But in Israel, rain is always a blessing despite the side-effects! 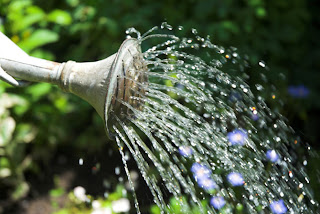 Most importantly, the Sea of Galilee (called Lake Kinneret because of its harp-like shape: 'Kinor' is Hebrew for harp or lyre), rose 22cm in one day and a total of 84cm in a week. As a result of the storm, the waters of the Kinneret had risen to their highest level since 1994, barely one metre short of the Lake's maximum capacity. Heavy rain continued throughout the winter months and this, combined with melting snow from the slopes of Mount Hermon, have left Israel's largest fresh water supply at a healthy 209.95m below sea level. The high water mark, the maximum height the waters can reach before the Kinneret bursts its banks, is 208.9m below sea level.

Minister of water and energy, Uzi Landau, said the country had emerged from a period of crisis into a period of stability.

What a blessing to see the provision of long hoped for rain. I remember well, the excitement while living in Israel, of hearing those first heavy drops of the season after months of heat and dryness. Great drops of water hitting the roofs and windows; banging against corrugated iron shop awnings; pouring down like someone had suddenly tipped up a huge heavenly watering can. Of rushing outside to feel the refreshing shower on your face. The smell of freshly damp soil. The feeling of hope and assurance that God was on the throne and thankfulness that 'Adonai Yir'eh' had provided once again. As the heavenly blessing of rain has been poured out on Israel this winter and has refreshed the dry soil, let's pray for an outpouring of God's Spirit upon the Land that those who are seeking will be refreshed and those who are dry will be renewed. 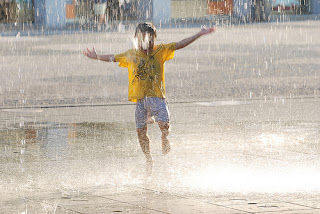 "For I will pour water on the thirsty land, and streams on the dry ground; I will pour out my Spirit on your offspring, and my blessing on your descendants."
Isaiah 44:3

"Then they will know that I am the Lord their God, for though I sent them into exile among the nations, I will gather them to their own land, not leaving any behind.  I will no longer hide my face from them, for I will pour out my Spirit on the people of Israel, declares the Sovereign Lord.”
Ezekiel 39:28-29