3 Keys To Praying For Israel

1. Pray for the Peace of Jerusalem: 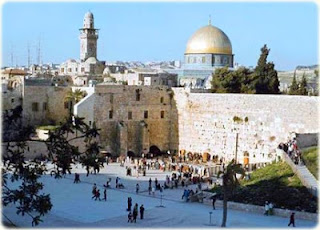 Pray for the physical protection of the Jewish people. The Bible records several everlasting promises that God made to the people of Israel. Throughout history, God's enemies have tried to wipe out this people group and in so doing discredit God's promises and make God out to be a liar. We know that the God of Israel is true to his word and for his name's sake will keep his promises to the descendants of Abraham. Pray for protection from Israel's enemies: from the neighbouring countries that plot against it and from enemies within who strike at the heart of the nation with terror attacks.


"Pray for the peace of Jerusalem: May those who love you be secure. May there be peace within your walls and security within your citadels. For the sake of my family and friends, I will say, “Peace be within you.” For the sake of the house of the Lord our God,  I will seek your prosperity." Psalm 122:6-9 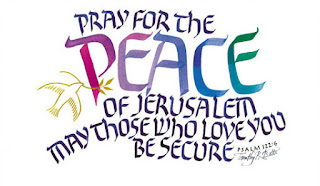 2. Pray for the Salvation of the Jewish and Arab population in Israel: 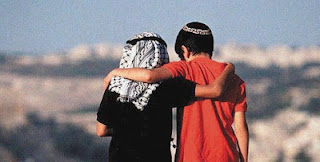 As Jewish and Arab people come to faith in Yeshua/Jesus the Messiah, the walls of separation are broken down. True peace in the Middle East is only possible through the revelation of the Prince of Peace. Jew and Gentile are reconciled through the work of the Messiah.

Pray for more opportunities for Jewish and Arab believers to share their faith with their communities.

"Therefore, remember that formerly you who are Gentiles by birth ... remember that at that time you were separate from Christ, excluded from citizenship in Israel and foreigners to the covenants of the promise, without hope and without God in the world. But now in Christ Jesus you who once were far away have been brought near by the blood of Christ. For he himself is our peace, who has made the two groups one and has destroyed the barrier, the dividing wall of hostility... His purpose was to create in himself one new humanity out of the two [One New Man], thus making peace, and in one body to reconcile both of them to God through the cross, by which he put to death their hostility.  He came and preached peace to you who were far away and peace to those who were near. For through him we both have access to the Father by one Spirit. Consequently, you are no longer foreigners and strangers, but fellow citizens with God’s people and also members of his household,  built on the foundation of the apostles and prophets, with Christ Jesus himself as the chief cornerstone. In him the whole building is joined together and rises to become a holy temple in the Lord.  And in him you too are being built together to become a dwelling in which God lives by his Spirit." Ephesians 2:11-22 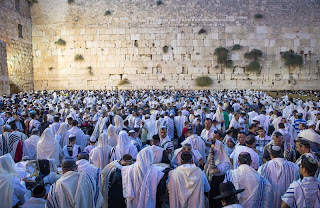 Pray for the government, religious leaders, university lecturers and school teachers, business leaders, army Generals and all who have an opportunity to influence many - that they will come to know their Messiah.

Pray for those who are seeking truth but are looking in the wrong places. Ask the Holy Spirit to guide them to believers who can point them in the right direction.


3. Pray for the Messianic Jews and Arab Christians:

"Blessed are those who are persecuted for righteousness’ sake, For theirs is the kingdom of heaven."  Matthew 5:10

The believers in Israel make up 0.2% of the population (that's less than 1%) and both the Jewish and Muslim communities get very upset when someone comes to faith in Yeshua/Jesus. New believers face being ostracized from their families and their life threatened. Pray for protection for new believers in Jesus and that they will remain strong in their faith and find good fellowship and discipleship.

There are organisations in Israel actively working to persecute believers in Yeshua/Jesus.  Persecution can come in the form of physical or emotional harassment. Pray for physical protection from directed attacks, for financial provision for those chased out of employment for their faith and for strength to overcome emotional manipulation.

Pray for the Congregations in Israel. For mature, Godly leaders and for good teaching and Pastoring. Pray for spiritual fathers and mothers to disciple the congregations. Many congregations are very young with 80% of those who come between the ages of 20-30 years old - there is a need for mature spiritual parents and  grandparents.

Pray for the ministries run by believers that are reaching out to their communities with the Gospel and sharing the love of God through humanitarian projects.