Shmuel Salway in the UK

This year we have the pleasure of hosting native born Israeli pastor, Shmuel Salway, when he comes to speak here in the UK:

Shmuel, the Associate Pastor of Adonai Roi (The Lord is My Shepherd) Congregation, was born in Tel Aviv to Jewish parents who had immigrated to Israel from India. He attended a Messianic Congregation for much of his childhood, and became serious about his own faith when he was 15 and decided to give his life to the Lord. 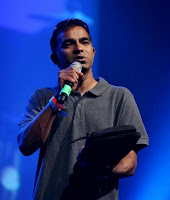 After graduating from high school, he served as a combat medic in the Israeli army on the Golan Heights and in Lebanon. Later, while majoring in geography at Tel Aviv University, Shmuel was drawn to serving in summer camps with a strong aspiration to reach out to teens; knowing how important it is for this age group to have someone to challenge them in the Lord.

After working for several years in security for El Al (Israeli Airlines) and the Israeli Consulate in New York, Shmuel returned to Israel and began attending Adonai Roi Congregation in the spring of 2003. By autumn, He was invited to become the Youth Pastor, and soon after became the Personal Assistant to Pastor Avi Mizrachi. 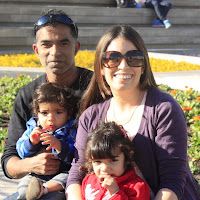 Through meetings with other youth leaders from different congregations around Israel, Shmuel met Suzie who is also a native-born Israeli. In 2006 they married and currently have two children: Shaked (daughter) and Gefen (son). They continue to lead young believers and are part of the leadership of an organization called Neged Hazerem (Against the Flow) gathering the youth of multiple congregations together for weekly events. They are also actively involved in Katzir (The Harvest) organizing nationwide youth camps.

Shmuel is currently the Associate Pastor of Adonai Roi Congregation and Youth Director, and continues to work in the office as an Executive Manager. 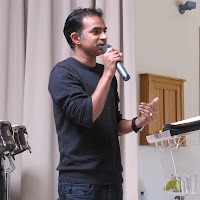