"You are the hope of Israel! You have a destiny to be Kingdom shakers as the Lord releases his power", said Rania, a prophetic intercessor and mentor to young people in Nazareth.

"Don't be a generation that only seeks God with your lips - don't let your hearts be far away from God!' exhorted another speaker, "We need to live our lives as living sacrifices."

Powerful words and inspiring testimonies spoke to the young people gathered at the ELAV youth conference in Haifa, this August. Traveling from all over Israel and even from the Palestinian Territories, young people came to ELAV to worship, to pray, to learn and to grow deeper in their faith. 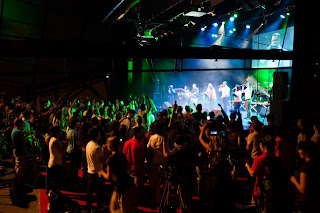 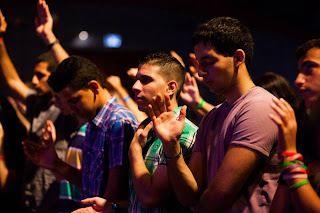 From the stage, Jewish, Arab and International musicians lead worship in Hebrew, Arabic and English. "It was amazing to be there, so much joy" said one attendee. The front area of the hall, by the stage was packed with young people jumping and praising - celebrating their faith in Messiah Yeshua together. From moments of exuberant joy to reflective times on their knees, these kids were worshiping God with all their hearts.


A visiting speaker shared a testimony about freedom from an eating disorder and ministry was made available for others fighting a similar battle. Another speaker shared the story of his addiction to pornography and how the Lord had released him from this bondage. Again, ministry was offered for others struggling in this area. Other testimonies were shared about healing and overcoming bitterness and unforgiveness.

Rick Ridings, the organiser of ELAV, shared about a young girl from a Muslim background who came to ELAV last year when she was a new believer. She wasn't sure about allowing people to pray for her and watched from a distance. This year, she had decided she really wanted to come to the conference to ask for someone to pray for her to be filled with the Holy Spirit. While at ELAV, she received a phone call to say that her exam dates had been changed and she needed to return home. She asked if she could wait and let someone pray for her first. Rick shared that she came using a different name, but her official name as written on her passport is 'Islam'. "Islam got filled with the Holy Spirit this afternoon!" declared Rick, "Pray for millions of Muslims to come to know Yeshua (Jesus) and be filled with His Spirit!"

Other people involved in changing attitudes and policy even at government level, encouraged the young believers to take the presence of God into their schools, workplaces and government. As they cry out for righteousness and holiness, this new generation of believers in Yeshua (Jesus) in Israel, can change their nation and be Kingdom shakers for the Lord. 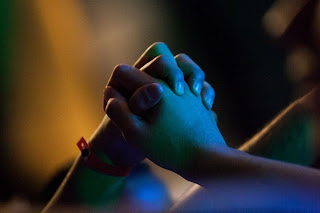 A prayer line was formed at the front of the meeting where Jewish and Arab believers clasped hands and prayed for each other. There is power in unity and as these young people go back to their homes, we pray that the things that touched their hearts at ELAV will continue to inspire and guide them in their daily walk with God.


We are already beginning to raise funds to send Israeli young people to next year's event. If you would like to be a part of this, please click this link: