I Will Pour Out My Spirit On All People

It is always a blessing to catch up with Rania and hear about her passion to see the plans of God fulfilled in her nation, to see Him move in power among the Jewish and Arab believers in Israel ...

Rania is a catalyst for the National Day of Prayer event held in Nazareth each year that brings Arab and Jewish believers together to pray for their nation - Israel.  This year the event took place during the 7th month of the Hebrew calendar (20th September) with the theme of  'A Cry from Nazareth: The Spirit and the Bride Say Come!' Local Jewish and Arab believers were joined this year by around 130 Christian leaders from 16 different nations, including key leaders from the Chinese underground churches. This strategic gathering of the 'One New Man' (Ephesians 2:15) joined with one heart and one spirit to welcome Jesus/Yeshua back to Nazareth. The mayor of Nazareth, a Greek Orthodox Arab, attended the event to welcome all the visitors and was impressed to witness the unity of those gathered. We will be sharing more specifically about this event in a future article.

Rania is also the Director of HOPE (House of Prayer and Exploits) based in Nazareth. She has been training up local young people in intercession, to be watchmen on the walls and to pray for the purposes of God in Israel. They regularly hold 24 hour prayer watches at the HOPE premises. In the new year, Rania is planning to develop and increase this mentoring side of the ministry and to increase the number of prayer watches at HOPE. She would also love to connect with other Houses of Prayer around the world and to invite interns who have a heart to pray for Israel.

Recently, Rania has been leading prayer tours around Israel, taking a group of intercessors to several significant places in the Land in order to pray and intercede. Two weeks before the National Day of Prayer, a group of Chinese Church leaders, who had been involved in establishing the underground churches in China, traveled around Israel with Rania to pray at some of the historically strategic Biblical sites, and to pray for God's destiny for the people of Israel. Both Arab and Jewish believers joined with them. It was a very moving time and both the Israelis and visitors were touched through this spiritual prayer journey.

Rania, as an Arab Christian, has a deep desire to unite the Body of Messiah, both Arab and Jew in Israel. "We cannot afford to be apart anymore," she said, "we need to
walk together as a family." She sees the pressure intensifying for believers in Israel and believes that together they will be able to withstand all that is to come. She has been instrumental in bringing Arab and Jewish believers together to pray and worship for many years. At the first joint Global Day of Prayer event, Arab and Jewish Pastors repented and washed each others feet in a beautiful demonstration of unity in the Messiah. (Watch Clip Here) Rania still feels there is more to be done and has a desire to personally meet with Arab and Jewish Congregations around the country and encourage each other to walk together as brothers and sisters in a deeper way.

2014-15 are being singled out as auspicious years by many. Four full eclipses of the moon (often red in colour) will fall on Passover and the Feast of Tabernacles for the next two years, a very rare happening. There will also be two Solar eclipses at significant times on the Hebrew calendar. For Rania, this is an opportunity to be reminded to 'wake up'. There is an urgency to train-up local people who will be dedicated and passionate about prayer. It is time to unite the believers both Jewish and Arab in Israel in a deeper walk together. It is also the time to connect with Houses of Prayer around the world and to join together to pray for the fulfillment of all God has promised for Israel.

“And afterward, I will pour out my Spirit on all people.
Your sons and daughters will prophesy, your old men will dream dreams,
your young men will see visions.
Even on my servants, both men and women,
I will pour out my Spirit in those days.
I will show wonders in the heavens and on the earth,
blood and fire and billows of smoke.
The sun will be turned to darkness and the moon to blood
before the coming of the great and dreadful day of the Lord.
And everyone who calls on the name of the Lord will be saved;
for on Mount Zion and in Jerusalem there will be deliverance,
as the Lord has said, even among the survivors whom the Lord calls." Joel 2:28 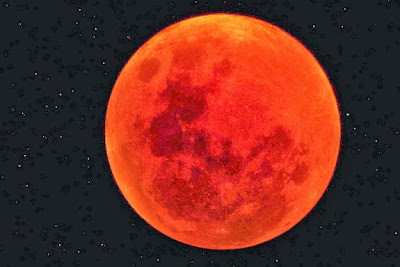 If you belong to a House of Prayer that would like to connect with HOPE in Nazareth or if you would like to take part in a prayer tour of Israel with Rania, email us for more information: info@yourpeoplemypeople.org
Email Post
Labels: Arab believers Christian GDOP Global Day of Prayer Hope House of Prayer Jewish Arab Unity Nazareth one new man Peace in Middle East Praying for Israel reconciliation Your People My People YPMP