A Cry From The Heart Of Nazareth


Arab and Jewish Israeli believers in Yeshua (Jesus) came together in the city of Nazareth to pray in unity for their Nation. This strategic prayer gathering organised by ‘HOPE (House of Prayer and Exploits) and ‘The Convention of Evangelical Churches in Israel’ has become an annual event, and this year took place in September. Joining the Jewish and Arab locals were believers from 15 nations, including representatives from the Chinese underground church movement.

The meeting began with the blowing of four silver trumpets to the four corners of the earth. Worship was led in Arabic, Hebrew and English. There was much joy and dancing as well as intercession for Israel and the Arab and Jewish people groups.

Near the end of the meeting, the local believers were called to the front and the visitors from the Nations prayed over them. It was a very powerful moment. The Lord is preparing his Bride and she is getting herself ready! 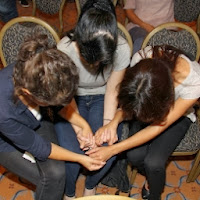 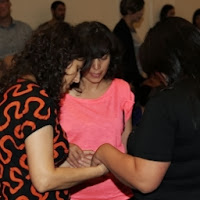