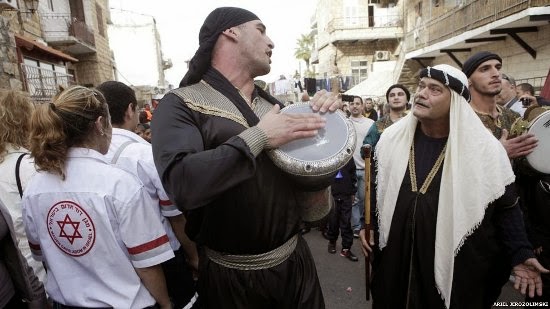 Pastor Shmuel A. leads a congregation of Jewish believers in the north of Israel.  At first appearance, this is not particularly startling or even attention grabbing.  But if we add that Shmuel A. is the only known Arab Pastor of a Jewish congregation in the world, then perhaps this is more than worth our mention.

An Israeli Arab pastoring Israeli Jews?  But they hate each other don’t they?  They are constantly at war or fighting with one another according to what the media tells us aren't they?  Apparently not!  In fact, a whole lot more is going on between Jewish and Arab Israelis that has nothing to do with hate or fighting or oppression or persecution than the news or even half our churches would have us believe.

Last December was a festive month in Israel as three major celebrations took place, one for each of three major world religions.  The Muslim festival of Eid, the Jewish celebration of Hanukkah, and the Christian holiday of Christmas.  In Haifa, the city transforms itself for a month long festival called ‘The Holiday of Holidays’, shutting off roads, putting up stalls and planning shows.  People come from all across the city and also from around the country for the celebration and cultural events.  There is dancing, artisans selling their crafts, local food, and a joyful atmosphere among the large crowds.

While some might express concern at these faiths all converging in one place, the locals do not,  and even more so the local believers.  Why?  Because this month long street party provides the perfect opportunity to share the gospel of Yeshua, the good news that He came for all mankind, all people groups, to bring eternal hope and life.  Jewish and Arab believers meet at the festival each year, and together  share their faith, in unity as the ‘one new man’, as it says in Ephesians 2, that the Messiah broke down the hostility between Jew and non-Jew, even bringing us together in Himself to make one new man from the two and thus creating peace!

This last Festival was no exception as Arab and Jewish Congregations joined forces for “There is Hope” campaign.  Shirts were printed with the logo in Hebrew and Arabic, books and bibles were handed out, they worshipped together, gave out coffee, and shared their common faith with all who were interested.   Some expressed shock that an Arab and a Jewish person believed in the same God.  Muslim women took bibles, father’s took books for their children to read, people left their contact details so they could talk more later. 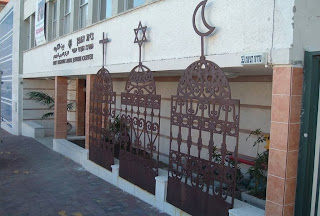 Please remember to pray regularly for the Jewish and Arab believers in Israel.  They are working together to share the gospel with their communities, reaching out with God’s love to their cities, making every effort to be living examples of  ‘brothers living together in unity’, of loving each other so that the world will know they are disciples of Yeshua.  Just like their shirts declare, there is hope!

Your People My People partners with local believers to help fund outreach events such as 'There is Hope'.  If you would like to participate in financially supporting outreach in Israel, please click the ‘Donate Online’ link and note in the details that your gift is for ‘outreach’.