On a Roll of the Dice 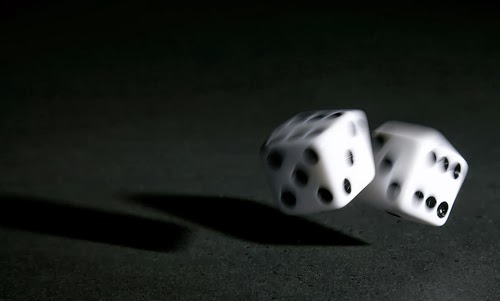 Can you imagine the day of your death, being decided on a roll of the dice?  How about the fate of a nation, that the date of their genocide would be decided by chance, by someone pulling the date out of hat?  For the most part, our concept of educated society doesn’t do things like that.  We don’t usually base our decisions on simple chance for something of even minor importance to us, let alone for events that are important  to us. 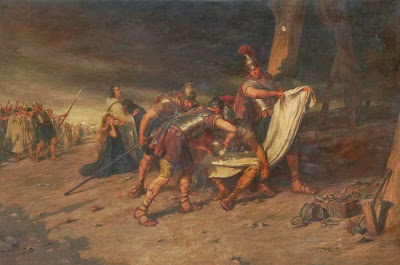 The bible refers to this kind of ‘decision’ making as ‘drawing lots’, and we can find several references to this practice spread throughout the book.  One of the most memorable is the story of the Roman soldiers during Yeshua’s (Jesus’) crucifixion.  While God’s Son was hanging between heaven and earth, several men were ‘casting lots’ to win His tunic.  The process was quite simple: each chose a stone or marked their name on something, threw it into a container or pot, and whoever’s name was drawn out first won the prize! 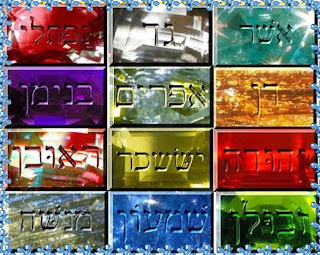 Having said this, it can then be rather a surprise to discover that such decision making techniques were not only common practice throughout scripture, but also endorsed by God.  A significant reference to this concept is found in Exodus where we read the instructions for the High Priest’s garments, Exodus 28:15:

“Fashion a breastpiece for making decisions—the work of skilled hands.”

And later it continues in verse 30:

“Also put the Urim and the Thummim in the breastpiece, so they may be over Aaron’s heart whenever he enters the presence of the Lord. Thus Aaron will always bear the means of making decisions for the Israelites over his heart before the Lord.” 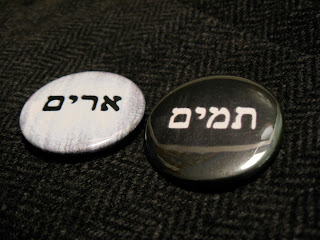 The Urim and Thummim were understood to be something small like a bone or wood or stone fragment, used to indicate a positive or negative response from God to whatever question was being asked at the time.  A good description of their use can be found in 1 Samuel 14:41-42

‘41 Then Saul prayed to the Lord, the God of Israel, “Why have you not answered your servant today? If the fault is in me or my son Jonathan, respond with Urim, but if the men of Israel are at fault, respond with Thummim.” Jonathan and Saul were taken by lot, and the men were cleared. 42 Saul said, “Cast the lot between me and Jonathan my son.” And Jonathan was taken.’

God also commanded the use of casting lots when it came to choosing between the scapegoat and the sacrificial goat for Yom Kipur, the Day of Atonement - the most holy day of the year in the Hebrew calendar, given by God to His people for the forgiveness of their sins.

Several other references are found scattered through biblical history: In the story of Joshua dividing the Promised Land between the 12 Tribes of Israel;  In Nehemiah when he divided tasks between the priests;  In Acts when a new disciple was chosen to replace Judas in the original 12;  In Jonah when the sailors determined who should be thrown overboard  and ominously in the book of Esther, when Haman determined which day of the year the Jewish population would be annihilated. 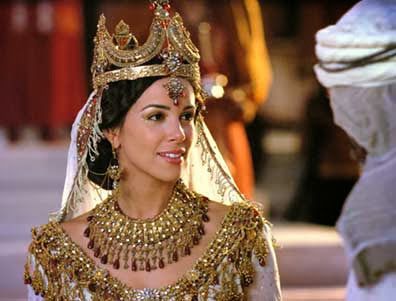 The story of Esther is what the celebration of Purim is all about.  The origins of the word ‘pur’ would appear to be Persian, meaning ‘fragment of stone or pottery’, a ‘lot’ like the kind thrown into the hat.  In Hebrew, the word has been given a plural ending, therefore simply meaning ‘lots’.  Haman cast lots, effectively rolling the dice to determine the date of demise for the Jews.  But instead,
God determined that it would be a day for something quite different and gave His people a great victory over their enemies!

This year, Purim is celebrated on the 16th and 17th March 2014, a joyous time in Israel when they take a few days to remember how God saved their people once again from complete destruction at the hands of their enemies.  There are parties, re-enactments of the Book of Esther, and special foods.  The streets have a family festival atmosphere as children (and even some of the adults!) walk their neighbourhoods adorned in fancy dress costumes.    There are many ways you can join in the celebration of Purim, but perhaps it is also a good opportunity to remember that it’s not by chance that our lives have led us to this point in time and space.  Just like Esther, we too have a destiny, a purpose - be it a moment in time, a journey, or a lifelong adventure.  Whether we believe our circumstances are a result of ‘a roll of the dice’ or not, God can and does step into our time and space, into our decisions, taking every opportunity to speak into our situation and bring about His best for us - ‘for such a time as this’!