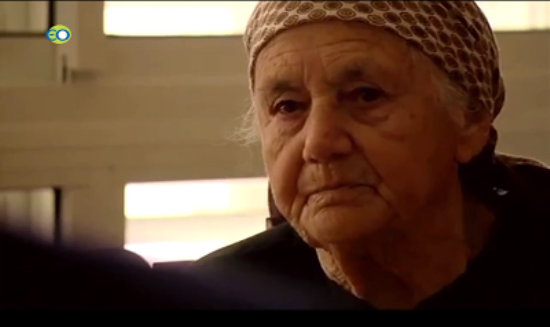 Maria immigrated to Israel just over 10 years ago. Antisemitism was rising in Ukraine and she decided it was time to leave. During World War II, Maria had miraculously escaped from a Concentration Camp but her whole family perished and not one Jewish person was left in her village.   Maria arrived in Israel in 2003 hoping for a better and wonderful future in the Promised Land.

"I came here and was very emotional. I left my history behind. I came here to my own people, my own nation. Here I am at home." The reality was very different. Her new life was fraught with poverty and loneliness.  "I hardly know anybody.  It is sad. It is not hard to be alone, but it is sad. As if nobody wants you. Nobody needs you." Like many other Holocaust Survivors who in recent years, came to Israel from the former Soviet Union, Maria has no pension. All the money from the Social Service grants she receives goes on rent. She lives on tea and bread. 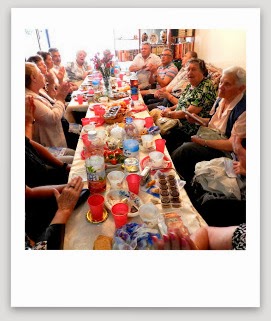 Every week, volunteers from Helping Hand Coalition (HHC) prepare a meal for Holocaust Survivors. In more than 50 cities across Israel, these 'Shalom Houses' (formerly known as Warm Homes) provide a place for often lonely Holocaust Survivors, to meet and build friendships. "They love flowers," said Martha, one of the volunteers, as she prepares a long banqueting table with candles and foliage from the garden.
"It is very important for them to gather together and have a wonderful meal," Martha's husband Don explains. "They have come [to Israel] older so it is very difficult for them to learn the language. They feel a little bit lost in the society that they were hoping to be their new home."

Alongside the 'Shalom Houses', HHC visit the Survivors in their homes, and bring food supplies and supermarket vouchers to help relieve some of their financial worries and make their remaining years more bearable. When volunteers visited Maria in her home, bringing fruit and vegetables and fresh flowers for the Sabbath, she was overcome and exclaimed, "God has sent you to me." 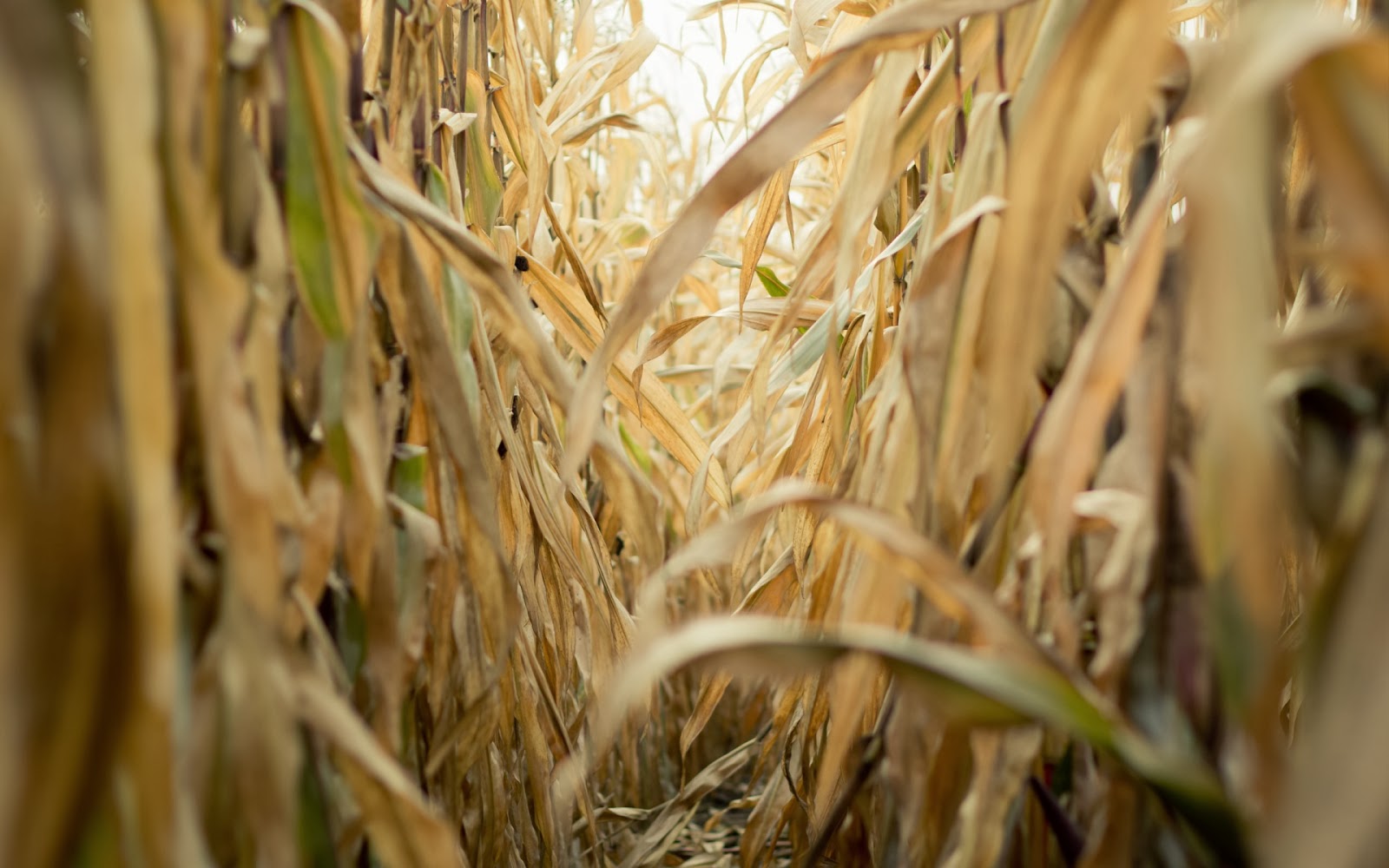 Maria wanted to show her visitors some photos of her family and explained that none of them survived. In 1941, all the Jews in the Ukrainian villages where Maria lived, were arrested. The men were shot and left to die in mass graves. The women and children were sent to camps. Maria and her sister Bertha found themselves in a labour camp. "Mother was taken, pushed into a wagon and transported. Where? Nobody knew. I never saw her again. I cannot tell everything that happened. It hurts too much." During the winter, life in the camps was so unbearable Maria decided to escape. She seized an opportunity to run through a corn field towards some woodland. Her sister Bertha was too afraid and Maria had to leave her behind. "They fired. They searched for me between the corn. They looked around and I saw them enter the woods. They passed me by. I was here and there they went. I peeked to see where they were going. I was very afraid."
Miraculously, the Nazi soldiers did not find her and Maria survived the war by wandering from place to place. When the war ended, she returned to her village looking for her mother and sister. But, no one knew anything. None of the Jews survived. Not from Maria's village or any of the surrounding villages. "Only me," sighs Maria. 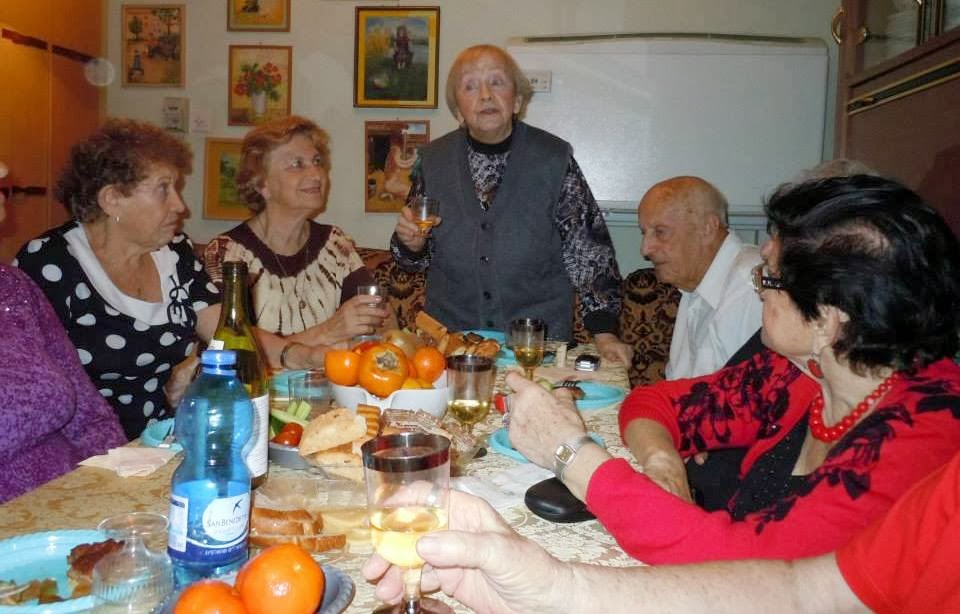 The HHC volunteers invite Maria to come to a meal at one of the Shalom Houses. As she arrives, the volunteers and staff welcome her warmly and lead her to the beautifully prepared table.  "We love to be here and to bless these people," said HHC staff. "We can give them a little attention and they are so grateful. They forget about their tragedy, all they went through". Sitting together with other Survivors of the Holocaust, Maria is able to make new friends and enjoy the company of others who understand where she has come from. After the meal, someone starts singing a well known Russian song and those gathered around the table enthusiastically join in. Other old Russian songs and Hebrew folk songs follow. This is just what Maria needed. Love, attention and a place to feel at home. Life has been harsh for these elderly souls. Often they are forgotton and struggle alone with their financial worries and lonliness. But here at the 'Shalom Houses', the sense of belonging and the individual care and attention shown to them is like a breath of fresh air.

One of the volunteers asked, "Maria, what does this mean to you tonight?"
"It's a blessing from God," she replied,
"Do you feel at home here?"
"Yes, very much," she replied touching her heart.

Your People My People financially supports 'Shalom Houses' in Israel. If you would like to join with us in supporting this important ministry to Holocaust Survivors

and note that your gift is for 'Shalom Houses'.