It started with an invitation...

It started with an invitation. A call that came out from Jerusalem. A cry that asked, "come and walk with us." Not to merely support or stand with  ... but an invitation to take on a collective memory of suffering.

The invitation came from wives who had lost their husbands, from fathers who had lost their children, from young people who continue to suffer every day from their injuries, from families who had personally experienced the trauma of terrorism - terrifying personal attacks perpetrated against one human by another.

Springs of Hope, a Jerusalem based organisation that works tirelessly with victims of terror, organised 'Walk With Me', a week where Christians from the nations could come to Jerusalem and meet these brave survivors. Many were from Orthodox Jewish families and had never met Christians before. It was an opportunity to build bridges and demonstrate the love of the Father through kindness and the desire to get to know them and hear their stories - to walk with them.

A small team from Your People My People felt compelled to answer this call. To walk alongside these forgotten ones and for a short but poignant moment, to hold their pain. Where words were too hard to speak, hearts reached out to touch hearts.

The week began with a party - this might seem like a strange way to start a week focused on terrorism, but this was no ordinary party. This was a banquet for Purim, the Jewish holiday that celebrates Queen Esther's selfless act to save the Jewish people from annihilation. In joining together with the terror survivors, to dance and feast together, the 'Walk With Me' participants sent a powerful message that they understood and committed to take a stand, just like Esther. The terror survivors, eager to show how much they appreciated the visitors, welcomed each participant with a beautiful hand written greeting and a symbolic key to the city.

The next day we were invited to a Purim lunch at the home of a vivacious Jewish Orthodox lady. The bountiful spread she laid before us and the joy with which she welcomed and served us belied the inner pain she carries every day. Several years ago, her eldest son had been victim to a suicide bombing. The weapon had been packed with hundreds of sharp metal objects, all laced with rat poison. Shrapnel pierced his skull and the poison infected his brain. He was a normal boy studying at the local school, now he is brain damaged, unable to function in normal social ways. He has been in and out of mental institutions and at times, is so aggressive he is a danger to his family.  He lives but he is not the same person, a darkness has engulfed him. It was hard to imagine how much anguish this mother must carry, but on this day, the Feast of Purim, as the 'Walk With Me' participants squeezed into her modest home, the rooms were filled with laughter and hope.

Later, we split up into small groups and made personal visits to other terror survivors. Our group was invited to the home of a women who had been in a terrorist shooting. She showed us her withered right arm, one area of her body that never recovered from the bullet wounds, and explained that even after multiple operations, some shrapnel still remains in her body. A friend of hers also joined us. She had been in a bus bombing and for many, many years she had been afraid to leave her home. Face to face, we were able to listen and express solidarity.  One of the women said our visit was so encouraging to them, "it was like a visit from angels". The flat was on the top floor of a block without a lift. As we descended the steep stairs, we imagined how hard it must have been for this sweet lady to negotiate these stairs during all her years of surgeries.

We met the ladies again the next day at a forum arranged by Springs of Hope. The first speaker, Gabi Meron is a lawyer who confronts international banking systems and corporate businesses in order to demolish the financial network that funds global terrorism. He opened our eyes to the extent to which well respected businesses are involved in the cover up of money trails that lead directly to Al Qaeda, Hezbollah, and other well known terrorist groups involved in terror all around the world.

We also heard from Khalid Abu Toameh, an Arab Muslim now living in Jerusalem who used to work as a journalist for Yasser Arafat and the PLO,
until he left to work for the international media where he was free to report truth rather than party propaganda. "I am not pro-Israel or pro-Palestinian, just pro-truth and pro-information", he said. It was hard for us to hear about the hatred for Israel that the Palestinian leadership has incited over the years among their people, in an attempt to deflect blame from themselves for corruption and bad domestic policies. A hatred that had infiltrated the people so completely, that reasoned argument or questioning was not even an option when it came to the subject of Israel, and now a whole generation knows only how to hate. We looked over at the terror survivors listening quietly and tried to imagine what they must be feeling. On the human level there seemed to be no hope. For those struck down by terrorism, the human cost is very high, and yet as believers, it's not about choosing sides, hating one or the other, because the battle is not about 'flesh and blood'.

A Jewish perspective on suffering was presented by the father of Malki, a young girl who was killed in a suicide bomb attack at a pizza cafe in Jerusalem. Despite the obvious heartache this man still carried, his desire was to lessen, not increase the hatred. He referred to the Jewish tradition of 'mitzvot' - acts of kindness: replacing an act of terror with an act of grace. He pointed out that it was very rare to find a victim of terror with a desire for revenge. Instead, he encouraged us to look for a way do something good to replace hatred. His family have set up a foundation in Malki's name that helps handicapped children as a way to remember her and also to bring some good out of the suffering.

In the evening, the 'Walk With Me' participants returned for a time of worship and a message from Dan Stolebarger entitled: The Battle for Jerusalem. This was a welcome conclusion to refocus our eyes on the Lord and trust him for the tools to understand the bigger picture and His wisdom in our response.

Due to logistics, we could not walk in the Jerusalem Marathon as the conference had originally planned, but instead, we walked for a week alongside Jerusalem's victims of terror. Just as in a relay race, when the runners are passing on the baton, there is a moment of time when the athletes run alongside each other - both grasping the baton. This week was that moment in time, to grasp the horror together and share the pain. But more than that, to take hold of the baton firmly and to run with it as we returned to our homes in various countries.

It started with an invitation ... it ended with a commission - our hearts echoing Ruth's words to Naomi, "Your people will be my people and your God my God..." 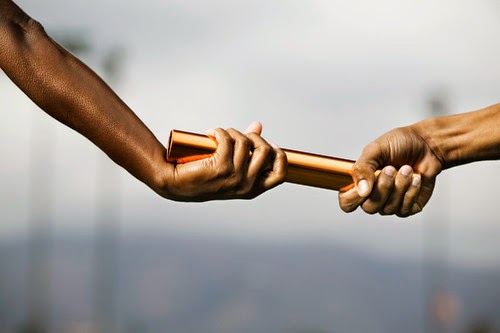 Video Clips and Audio from  Walk With Me - Jerusalem 2014
For more information on Middle Eastern political issues: The Washington Institute
Click the link to read some of Khaled's articles Articles by Khaled Abu Toameh.
Read Dan Solebarger's message: The Battle For Jerusalem

Email Post
Labels: Israel Jerusalem memory of suffering Pray for the Peace of Jerusalem Purim shrapnel wounds Springs of Hope Your People My People your people will be my people YPMP