"The Biggest Thing Is Hate Turned To Love." 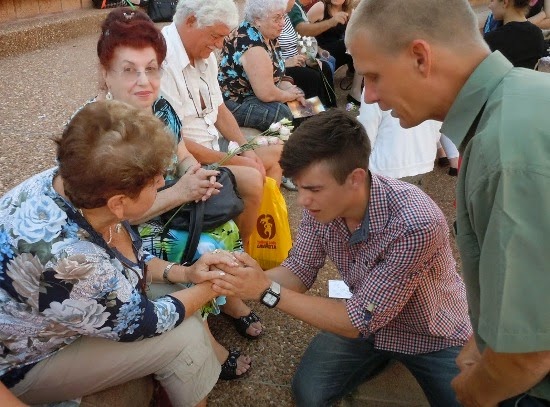 "Know that my heart is full, that the people who wanted me dead, because I am a Jew: no other crime - now, they are praying, they love me, they walk [with me] - it is not easy. The biggest thing is hate turned to love." These were the heartfelt words of an elderly Holocaust survivor meeting with Christians from Germany, many of whom had parents and grandparents who had been soldiers in the Nazi forces. 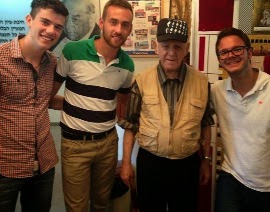 In recent years, the 'veil' of silence that had hidden the truth about these German families' involvement in the atrocities of World War II , began to lift as families started to speak about it and to actively research historical records. Helping Hand Coalition (HHC), one of the local Israeli organisations we work with on the ground in Israel, has been facilitating the request of German groups to come to Israel, to express love and repentance to Holocaust Survivors living there today. One church from Germany regularly sends groups of young people to meet with the Survivors. They learn Israeli dances to perform and arrive with lovingly chosen gifts. Face to face, the young people interact, build relationships and break down barriers. As young and old learn to love each other, the pain of their shared history begins to melt away.

In June, a group of young Germans performed Jewish dances and musical pieces to around 70 Holocaust survivors in Rehovot. After the performance, they shared how they had discovered that their grandparents were SS officers who had committed dreadful crimes against the Jewish people during the Holocaust. They asked the elderly survivors in attendance for forgiveness. There were many tears shed by both the visitors and the survivors but through the tears and hugs, healing and new hope was birthed. From a history of hate - to a future of love. 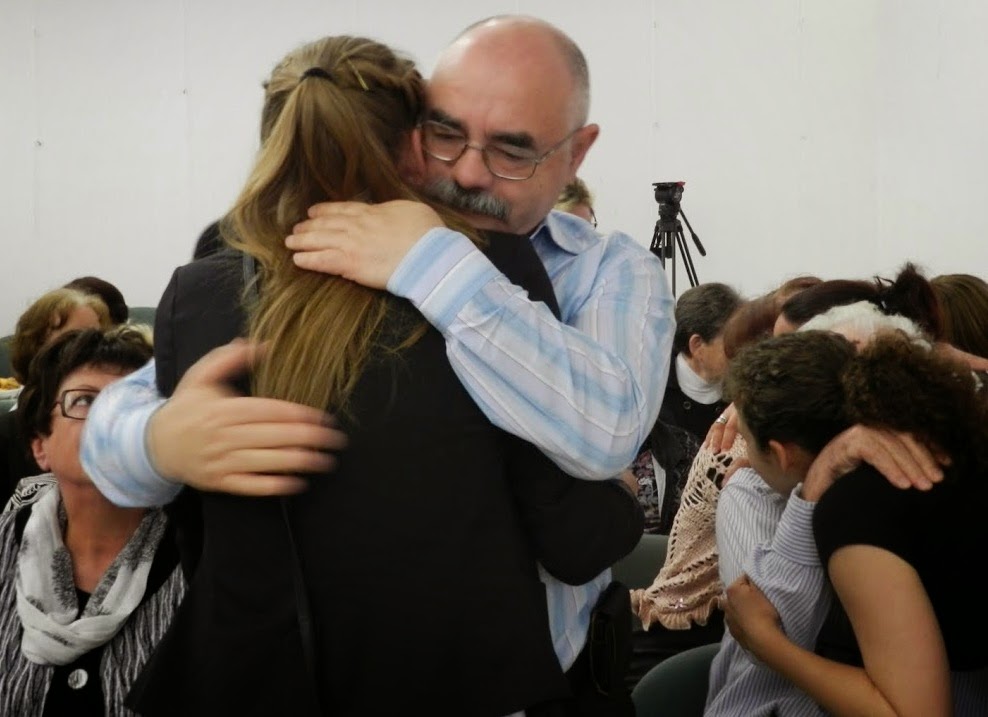 As well as, face to face encounters, HHC facilitates a sponsorship program whereby individual Holocaust survivors receive aid to help them overcome their financial struggles. The sponsors take their role very seriously and not only provide financial help but also regularly send letters, cards and gifts. The Holocaust Survivors are touched by this expression of love and care.  Programmes like this help to encourage them and remind them they are not forgotten.

To mark Israel's Holocaust Remembrance Day this year, a major Israeli newspaper reported that the main issues affecting many of the 190,000 remaining Holocaust survivors in the State of Israel today are loneliness and poverty. According to official figures, 20 percent rely on charity and there are over 50,000 Holocaust Survivors currently living below the poverty line throughout the country. This subject is much debated by Israeli politicians, but with the national budget stretched beyond it's limits, it is hard to find extra resources for this need.

Around 13,000 survivors die each year, and with an average age of 85, we do not have long before time runs out to help them. In the words of a Survivor, “Let us live our final days in
dignity.” 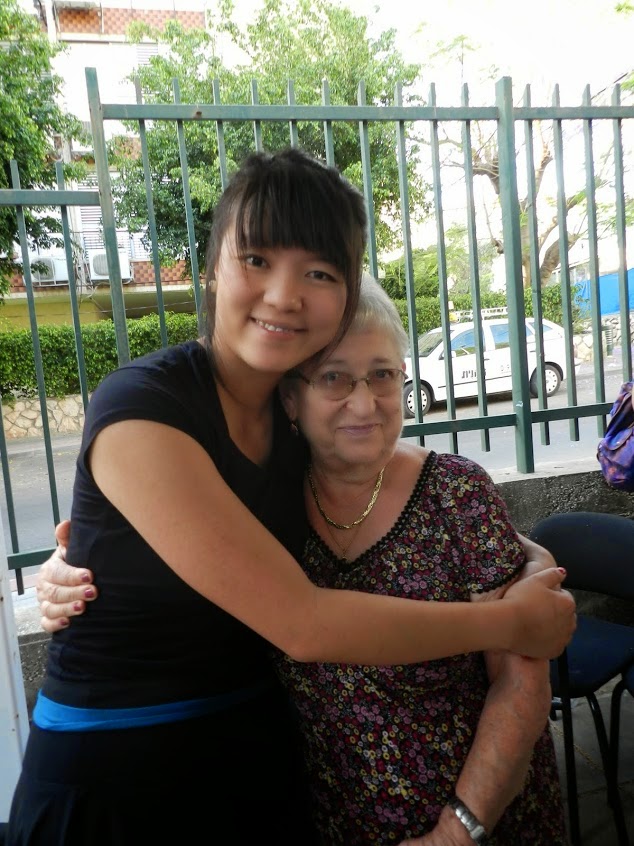 Your People My People partners with the Israeli ministry, Helping Hand Coalition, as they tackle the double edged problem of poverty and loneliness. More and more Holocaust Survivors are receiving monthly financial support to relieve the stress of poverty as sponsors are found to 'adopt' them. Loneliness is also being addressed through weekly gatherings called 'Shalom Houses', where Survivors come together with others in their area to share a good meal and lively conversation. Music, dance, poems, birthday celebrations and visits from groups help to encourage them and brighten their day. HHC also arranges larger events to celebrate major festivals in the Israeli calendar, where Survivors can feel a little special as they are taken out for an afternoon of entertainment.

Your People My People is honoured to stand with these precious and brave souls who have suffered so much already. We invite you to join us as we partner with HHC, a local Israeli ministry that is reaching out to this group. The time is short, but it is really not so hard to give a little dignity and to show that we care.