From Death To Life: A Testimony. 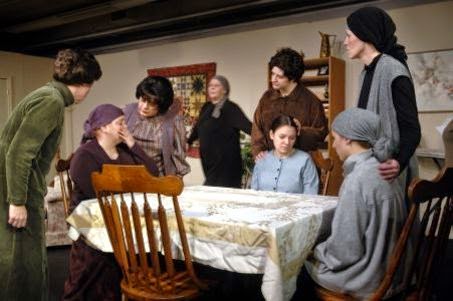 Rivka* grew up in an Ultra- Orthodox Jewish family in the heart of Jerusalem's religious neighbourhood. Tucked away in the middle of the city is an area where time seems to have stood still. The residents look like characters out of a previous century, the men wearing black suits and wide brimmed hats and the women in long skirts, high necklines and covered heads, leading broods of similarly dressed children. This is Mea Shearim, a community of Ultra-Orthodox Jews who separate themselves from modern society in the pursuit of Torah study, prayer and family. Here you will find no TVs, internet or movies, no secular books or magazines. The only newspapers are printed by the community without the distraction of photos or references to modern living. This ghetto-like neighbourhood has its own religiously approved education system, medical services, welfare institutions and economies.


Rivka's family maintained the strict rules of  Jewish Orthodox religious life, just like all the other families in their neighbourhood. The children were taught how to live according the expectations of their community but within her family there was not much love. As expected, an arranged marriage was organised for Rivka, as soon as she was old enough and she began a new life as an Ultra-Orthodox wife - keeping all the rules and regulations of a Kosher Orthodox home. Soon after her marriage, she discovered her new husband was a cruel man and he physically and emotionally abused her. She begged her family to let her come home but in this very conservative society, divorce is forbidden and Rivka was expected to make the best of it. Her life became unbearable. She was trapped and had no one to turn to. She became more and more depressed. Eventually, desperate, she ran away. This was a disgrace for her family and they managed to find her and arranged to send her to America to an uncle who was an Orthodox Rabbi. They hoped he would be able to 'sort her out'. 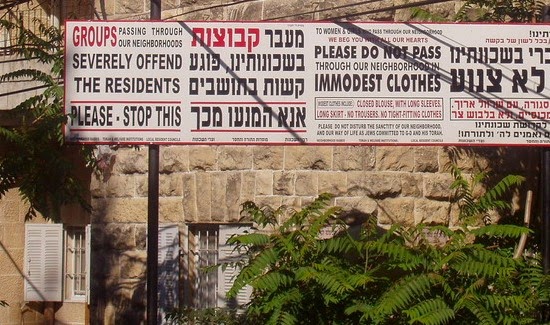 Her time in America just added to her sense of desperateness. Her life was so unbearable, she wanted to die. She looked for an opportunity to kill herself. One day, she walked past a church and remembered that the Orthodox rabbis had taught that if she entered a church, she would die. This was her opportunity, she was so happy to finally find a way out of the life she hated. She opened the doors, walked into the entrance lobby, and waited. Nothing happened. She was expecting to be struck dead the moment she stepped inside. "Maybe I need to go into the main hall in order to be struck down," she thought to herself, so she pushed open the doors and walked into the main sanctuary. A service was taking place and the Congregation was worshiping. Rivka was struck down, but not in the way she was expecting. She found herself unable to stand up and for two hours, she lay on the ground weeping, unable to move. Yeshua appeared to her in a vision during her time on the floor and she was totally undone.

After such a powerful encounter with her Messiah, Rivka's life completely turned around. She is spending time in America to receive more healing and to be discipled. Her desire to die has been replaced with a desire to live to the full. She longed to share the Good News with her parents and her community back in Jerusalem. With so much prejudice and misunderstanding where the Gospel is concerned, she has to be very careful for her own safety. But her heart is full of love and she knows the Holy Spirit goes with her. Recently she had an opportunity to return to Jerusalem for a short while and was able to share with her family about her encounter with Yeshua the Messiah. They were shocked but could not deny the amazing change in her. Her father commented that the love they saw in her, was something they really needed.

Pray for Rivka, and for the Ultra-Orthodox Jewish community that Yeshua will appear to them in dreams and visions and turn their lives upside-down!

Email Post
Labels: Gospel Israeli Believers Pray for the Peace of Jerusalem Praying for Israel Your People My People your people will be my people YPMP