The Eastern Front: Stories of the Soviet Survivors - Maria

Before Concentration Camps had even come into existence, the Nazi army slaughtered around two million Soviet Jews as they advanced on the eastern front. This side of the story is perhaps less well known than the industrialised murders of Auschwitz and Bergen-Belson, but no less tragic. As the Nazi troops took land, specialized killing units swept in behind to round up the Jewish population and execute them by shooting. The local Jewish communities were often taken to an area outside the town where a mass grave had been dug. They were made to stand over the grave where they were shot in the head. Some Jewish families on hearing about this terror, escaped with their families further east, by travelling into the depths of Russia.

Your My People had the privilege of meeting some of the Survivors of this eastern Holocaust, who now live in Israel. Our ministry partner 'Helping Hand Coalition' (HHC), is working with these Survivors to give them dignity in their old age and support them in the particular physical and emotional scars they have as a result of their experiences during World War II. 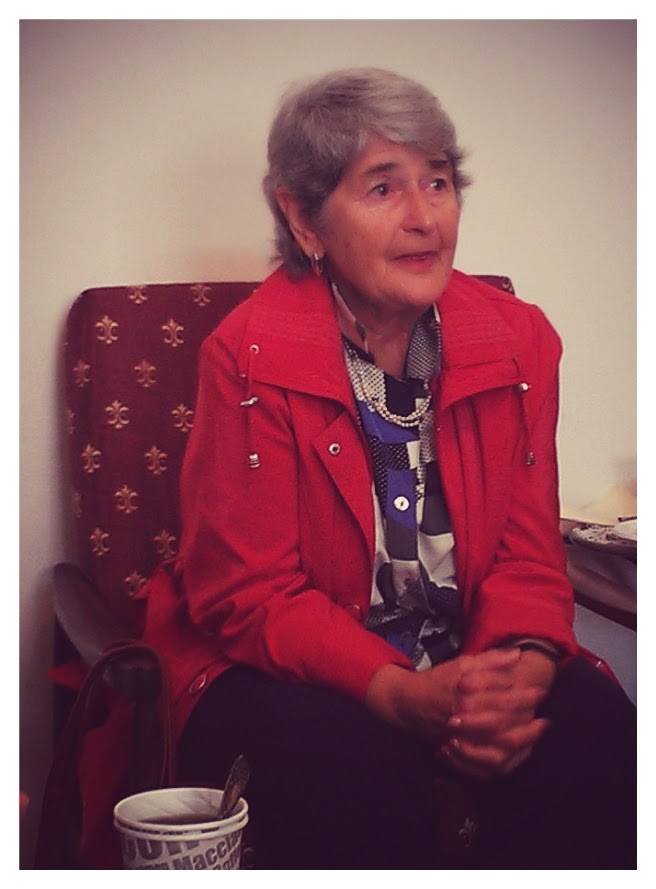 
Maria was born in the Ukraine, in a small village where she lived with her parents and 2 sisters. Her father worked with horses and before the 2nd World War, her mother was at home bringing up three daughters.  In June 1941, Germany invaded the Soviet Union. The war brought many hardships and her mother had to go out to work to support the family. One day, her employer told her she needed to get away quickly because she was Jewish. Nazi soldiers were butchering Jewish communities as part of their war strategy.

Maria and her sisters were put on horses and together with her parents, rode from village to village for about a month to escape from the Nazis. Maria was seven years old at the time and her younger sisters were aged four and two. Eventually, they boarded a train for Tashkent in Uzbekistan. The journey took over a month. The family had very little food and water and no belongings, as they had been unable to take any suitcases with them. The train was overflowing with people trying to escape, not only Jewish families fearing for their lives, but also other Ukrainians travelling east to escape the Nazi advancement.

Maria remembers the journey as chaotic, confusing and frightening. Every time there was an air raid, the train would stop and all the passengers would disembark and run in all directions looking for cover. Bombs dropped all around them. There was no organisation, it was a big mess. There were lots of children and families didn't have the food or water they needed. Maria remembered being continually hungry and thirsty.

The Russian army were trying to help control the flood of people but it was very disorganised. Maria's family heard there were too many people in Tashkent because of the mass exodus.* The family along with great crowds of people were packed into a huge railway terminal with nowhere further to go.  They were left there for two weeks and then transferred to another station and another until they eventually ended up close to the Turkish border.

Maria's parents found work in a gold mine. The work was very hard and guards controlled their movements. Maria and her sisters were left alone in the basic accommodation they shared with many other families. There was little food and no medicine, so when her two year old sister became ill, she, like many other refugees, died. Maria's parents were distraught at the loss of their youngest daughter. They decided to move on, away from the overcrowding where sickness spread easily among the families.

People traveled thousands of kilometers to get away from the war. The USSR was a huge country but the Nazis were still advancing, wiping out whole communities of Jewish people by shooting them and leaving them to die in mass graves. The Soviet government helped some Jews like Maria's family to move to other parts of the USSR.  In one village, Maria's Mother found a job working with animals on a farm. The family didn't stop running until 1944 when the Nazis left. Fortunately, they were able to return to their old home in Ukraine and in 1994, Maria emigrated to Israel.

If you would like to help Holocaust Survivors in Israel -  DONATE

*The Soviet government had been relocating factories from western Russia and Ukraine to Tashkent, Uzbekistan to protect the Soviet industrial capacity from the German invasion. It also evacuated vast numbers of people to this area. Russian and Ukrainian evacuees dramatically increased the population of Tashkent to well over a million and eventually more than 50% of the residents of Tashkent were Russian or Ukrainian. At the time Maria's family arrived, the city was bursting at the seams and unable to accommodate more refugees.
Email Post
Labels: Helping Hand Coalition HHC Holocaust Holocaust Memorial Day Holocaust Remembrance Day Holocaust Survivors Israel Jewish persecution Your People My People your people will be my people YPMP