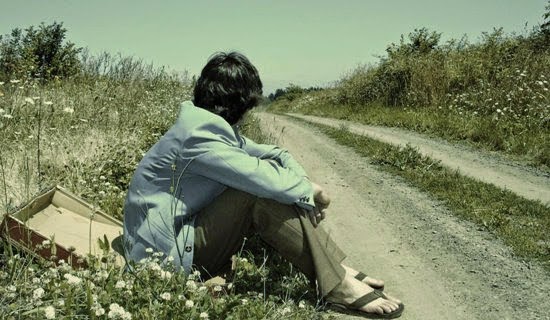 The three pilgrimage festivals: Unleavened Bread (Passover); Weeks (Shavu'ot/Pentecost) and Tabernacles (Sukkot) were designated by the Lord in the Torah given to Moses at Mount Sinai. In ancient times, they were filled with anticipation and excitement as whole communities made the long journey on foot to Jerusalem - to the place of the Lord's presence - laden with gifts and singing hymns of praise. All of these festivals revolved around the agricultural year. At Passover, the barley harvest was presented to the Lord, then 7 weeks later, the Feast of Weeks celebrated the wheat harvest which was also presented at the Temple with thanksgiving.

On the Hebrew calendar, the Feast of Weeks is celebrated on the 6th and 7th of Sivan. This usually falls in May or June and this year (2015) is celebrated from the evening of 23rd May to the evening of 25th May. The Feast of Weeks is the English translation of the Hebrew name Shavu'ot pronounced sha-voo-ot which literally means 'weeks'. The Greek name for this same Feast is Pentecost which means 'fifty' and refers to the 50 day period that makes up 7 weeks.

"Count seven weeks from the time you begin to put the sickle to the standing corn. Then celebrate the Festival of Weeks to the Lord your God by giving a freewill offering in proportion to the blessings the Lord your God has given you. And rejoice before the Lord your God at the place he will choose as a dwelling for his Name." Deuteronomy 16: 9-11

Shavu'ot is also the anniversary of the giving of the Torah to Moses on Mount Sinai, seven weeks after the fledgling nation escaped from Egypt at the time of the first Passover. In modern Judaism, it is customary to stay up all night studying the Torah to mark this momentous occasion. The counting of the 50 days between Passover and Shavu'ot is still practiced today. Jewish children often use a special calendar to mark off the days. The period is called 'Counting the Omer'. An Omer was an ancient Israelite unit of measure used for volume of grains or dry commodities and would have been used to measure the grain harvest at Shavuot. 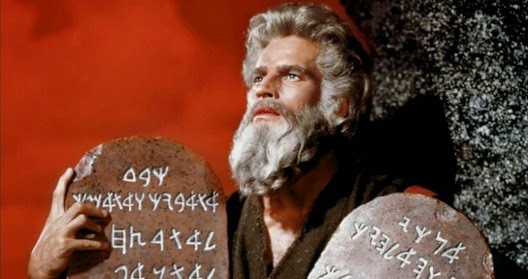 Passover and Shavuot are inextricably linked by their connection on the calendar. The date of Shavu'ot is dependent on counting 7 weeks/50 days from Passover. But these particular Biblical Feasts are linked by more than just chronological proximity. Passover represented freedom from slavery in Egypt, but this is incomplete without the spiritual revelation on Mount Sinai. God doesn't just lead his people out of Egypt, he gives them his law, his written instructions on how to be His people on earth. Jesus summed up the essence of the law as loving God and loving your neighbour. Freedom comes with responsibility, and like a good parent, God doesn't leave this rabble of ex-slaves to find their own way. He teaches them His ways and gives them a blueprint to build a nation based on His principles.

More than a thousand years later, it was during the Feast of Passover that Jesus shared the Passover Meal one last time with his disciples. As he lifted the traditional unleavened bread to bless it, he explained that he was about to inaugurate a New Covenant through the shedding of his own blood. (Matthew 26:28). This must have all seemed strange to the gathered disciples, who had probably not grasped the full extent of his meaning. The ensuing events that culminated in the cross, left them fearful and despairing. Their sadness was soon turned to joy however as news of his resurrection spread among them. "He appeared to them over a period of forty days and spoke about the kingdom of God. On one occasion, while he was eating with them, he gave them this command: “Do not leave Jerusalem, but wait for the gift my Father promised, which you have heard me speak about. For John baptized with water, but in a few days you will be baptized with the Holy Spirit.” (Acts 1:3-5)

The disciples waited in Jerusalem for the promised gift. It was the time of 'Counting the Omer', the 7 week/50 day period between Passover and Shavu'ot. All of Israel was counting the days until the joyful pilgrimage up to the Temple in Jerusalem. The atmosphere was alive with anticipation. As the time got closer,  Jewish people from all around the world began to arrive in Jerusalem for the Feast of Shavu'ot or Pentecost as it was called in Greek. The city was at bursting point and literally counting the days. "The festival of Shavu'ot arrived, and the believers all gathered together in one place. Suddenly there came a sound from the sky like the roar of a violent wind, and it filled the whole house where they were sitting..." (Acts 2:1)

The event of the cross, in a physical moment in time, broke the power of slavery to sin and set us free for eternity. The Lamb of God offered himself as the perfect Passover sacrifice for us all. And, just as the first Passover was completed by the giving of the Torah at Shavu'ot, so the coming of the Holy Spirit at that special Shavu'ot, transformed the disciples hearts to know God and empowered them to step into the Kingdom life. The laws of Sinai were now written on their hearts just as Ezekiel had prophesied "I will give you a new heart (to know me) and put a new spirit in you." (Ezekiel 36:26). Peter, the Galilean fisherman was transformed into a powerful evangelist. As he preached to the gathered crowds, 3,000 people came to faith!