During the Passover holiday this year, over 250 Holocaust Survivors from across Israel came to hear a special performance of Handel's Messiah in the town of Or Akiva. The reason this particular rendition of the famous oratorio was so special was because it was being sung in Hebrew.

Handel's original musical masterpiece is sung in English and traces the story of the Messiah through the Old Testament prophecies to the New Testament fulfillment. Translating the Messiah was the idea of Irene Levy, a Jerusalemite in her 90s, who carried the vision for over 30 years. "I heard a choir here singing once from Norway, all the time they were singing it I was hearing it in Hebrew," She said. 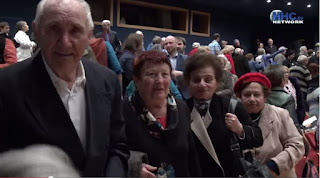 David Loden, whose choirs "Kamti" and "Liturgi-Kal" have now performed the Messiah several times in the Hebrew language, said: "The work has been performed a number of times in Israel in English. Each time it is presented Israelis from every strata of society come to the performances. For many years, there has been a desire to see this work presented in Hebrew so that it would be even more accessible to the Israeli public. In 2007, a pilot hearing of this work was given and the work was performed for the first time in Hebrew. “Kamti” and “Liturgi-Kal” have continued after that historic event to present this great work on a professional level ... All were received with great appreciation by the Israeli audiences. Since then, the Liturgi-Kal Concert Choir has performed this masterpiece in Hebrew every year. It is rapidly becoming a traditional event." 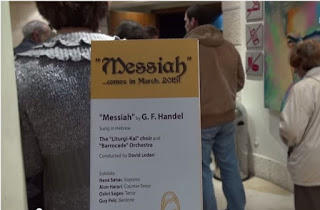 "We made a choice to try and maintain as much as possible the original Hebrew renditions of those particular scriptures," explains Loden,  "We hear the responses after the performances in Hebrew and they are amazed to hear how much really for the first time they understand what is the spirit and the message of what Handel and the Bible is saying. I sat there on the platform and watched as they heard this music, which they love, and understood it for the first time. They were sitting with their mouths open. Some were weeping. The tenor soloist had brought his mother, who has probably been to every concert that Israel has to offer, and she was weeping.”

Several of the organisers of this year's event for Holocaust Survivors commented on how moving it was to see these precious, elderly men and women who had known so much darkness and cruelty in their own lives, sitting captivated by the beautiful music as the words of hope and salvation from their own ancient scriptures could be heard in their original tongue. 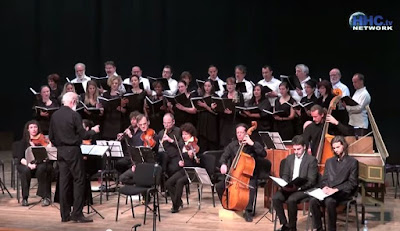 "Comfort, comfort my people, says your God. Speak tenderly to Jerusalem, and proclaim to her that her hard service has been completed...", sang the choir from the words of the prophet Isaiah, "The people that walked in darkness have seen a great light; and they that dwell in the land of the shadow of death, upon them hath the light shined."

"When you know the meaning of the words in another language it's not the same as when hearing in your own language," said music conductor Monika Vasques. "It touches much more the heart."

As they left the auditorium and joined the waiting buses, their smiling faces and expressions of thanks said it all. The music had been balm for their souls. Here are some of the responses:

“This brought much joy into our lives for those of us that have nothing but trials since childhood.” 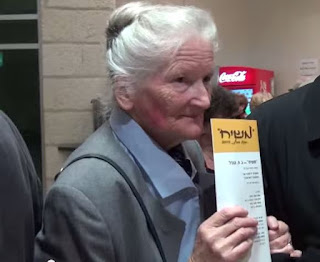 “Physical bread is important, but what you gave us tonight was like bread for our soul.”

“What you did for us was more than beseder (good), it was a Mitzvah Gdolah (Great Deed).”

Each person took away with them the program containing all the words from the performance. We pray that as they remember the music and look again at the program, the words of hope and comfort will touch even the most hardened heart and bring life and truth.

In the concluding words of Handel's Messiah:


"Worthy is the Lamb that was slain, and hath redeemed us to God by His blood, to receive power, and riches, and wisdom, and strength, and honour, and glory, and blessing.
Blessing and honour, glory and power, be unto Him that sitteth upon the throne, and unto the Lamb, for ever and ever.
Amen."


If you would like to hear some clips of Handel's Messiah sung in Hebrew, check out this video from an earlier performance:

CLICK HERE  The clip begins with the awesome Hallelujah Chorus! 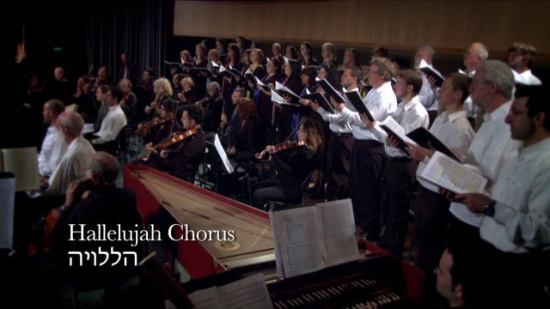