ELAV Jerusalem - to Him! 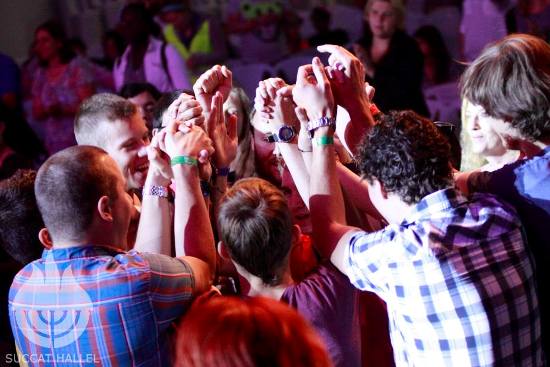 Every year, the ELAV youth conference in Israel brings together young believers from Israeli Arab and Jewish backgrounds, together with other Arab Christians from the Palestinian Territories, Jordan and Egypt.

The three day conference inspires participants to go deeper in their walk with God and in relationship with each other. This year, the conference was held in Jerusalem.


These young people, who have grown up in the Middle East, are no strangers to political and religious strife. But, with the growth of ISIS in recent times, the level of tension has dramatically increased. On the first evening of this year's conference, organiser Rick Ridings (from Sukkat Hallel prayer ministry in Jerusalem), read out a flier written in Arabic that had been distributed around Jerusalem by supporters of ISIS threatening death to Christian Arabs in Jerusalem. As a physical act of solidarity the young people stood together in circles of about 10, arms interlocked, as they pledged themselves to each other as brothers and sisters - Messianic Jewish youth with Christian Arab. That when times of trouble come, when persecution spreads, each community would stand with the other. They would not be alone, they would open up their homes to each other, they would pray and support each other as God's family.  In these interlocked groups, the young people earnestly prayed for each other. We do not know what this generation will have to face during their lifetime but here, in the centre of Jerusalem a foundation was laid between these young people from such diverse backgrounds. United by their faith in Jesus, they stood side by side and hand in hand, one family in the Kingdom of God. 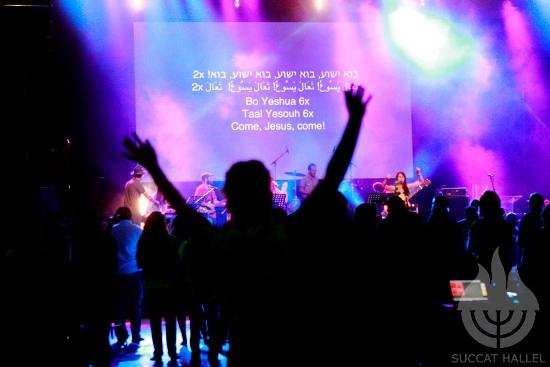 "God has been doing something through this conference," shared one Messianic Jewish youth leader, "Every year, we see something new happen. There is something very powerful happening right now because God is preparing us for the days ahead, when we will have to stand with each other in the face of death. It will take the fullness of God's love in our hearts to be able to do that."

"Its not easy to do this...as we are doing it right now," shared one of the Arab youth leaders, "It's Jesus."

A Jewish and Arab youth leader, linked arms and addressed the conference, they got down on their knees still with arms around each other. and declared, "We are going to dedicate our lives for one another, to serve one another, and to be willing to lay down our lives. That we will be willing to say yes, to the end." 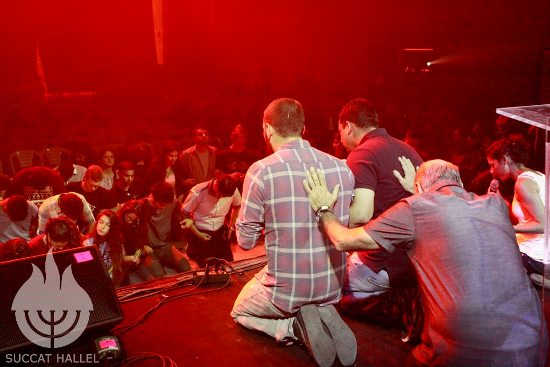 These young people are serious. They are on fire for their faith and there is a real sense that God is raising up this generation to go deeper with him. Much of the conference is dedicated to worship and many of the worship sets were led by local young people in Hebrew and Arabic. During these extended times of worship, the majority of the young people
worship with enthusiasm. For others, who perhaps come from smaller congregations, this is an opportunity to experience worshiping together, freely in the Holy Spirit with hundreds of other believers of a similar age, maybe for the first time. Parents, Youth  Leaders and Pastors have commented on the lasting changes they have seen in their teenagers after attending ELAV. One 15 year old,  testified to being filled by the Holy Spirit during a previous year’s conference. He had come forward for ministry and found himself weeping for almost an hour. Afterwards, he was able to forgive his alcoholic father who had abandoned the family. He now leads worship at his local Messianic Congregation and is part of a youth-led two hour prayer watch at 'Sukkat Hallel' House of Prayer in Jerusalem. 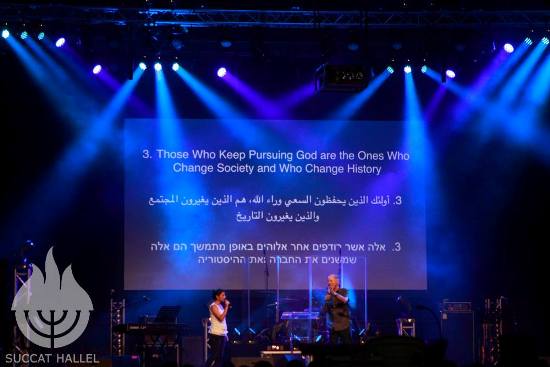 Speakers from around the world and also from Israel inspired, encouraged and challenged.  A visitor from a House of Prayer in Iraq, encouraged the youth with testimonies of prayer and healings in the refugee camps and of Muslims coming to faith through dreams and visions of Jesus. 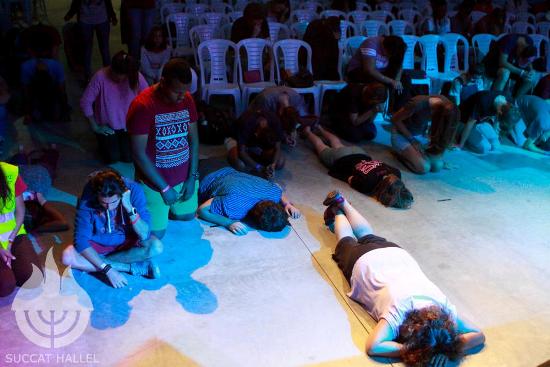 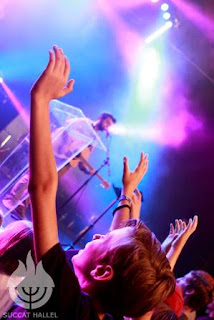 Keep praying for the youth of the Middle East. These are turbulent times but through events like ELAV, they can be discipled to see the world through a Kingdom perspective. Cross-cultural barriers are broken down and lasting friendships are forged. Our God is an awesome God!


If your spirit has been stirred to support this amazing event - you can play a vital part in making sure ELAV can take place next year - please click on the DONATE BUTTON  and note your gift is for ELAV.

Watch these videos to get a glimpse of this year's ELAV conference: