Yeshua Hits the Headlines in Israel 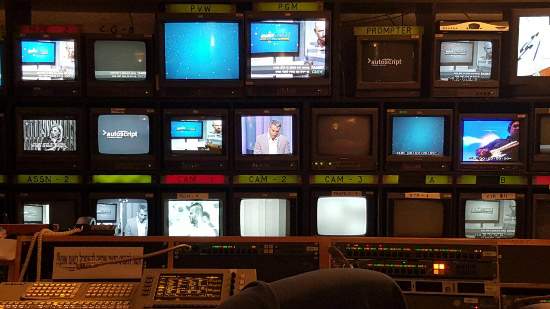 Jewish followers of Yeshua (Jesus) are a minority in Israel.  In fact, they are such a small minority that they make up only 0.2% of the population!

At times they are ostracized and even persecuted for their faith.  So it was no small surprise to us when we heard that one of the largest media companies in Israel had approached Messianic ministry, 'One for Israel', with a proposal to present a series of programmes and internet articles about Jewish faith in Yeshua (Jesus). Israeli media giant, Walla! News, had noticed One For Israel's Hebrew language website, featuring professional videos and articles about Jewish believers in Yeshua.

The media company proposed a series of interviews between Messianic Jewish believers and a well-known Israeli actress, together with written articles exploring the topic and links to One For Israel's evangelistic website. The exposure potential was huge and 'One For Israel' jumped at this opportunity to share their faith with such a large audience.

Five episodes were filmed and the first two have already aired on Walla!'s internet media portal. "The interviews and articles about Messianic Judaism that we worked on with the Israeli media company, Walla!, were presented on the front page of their website!", shared One For Israel,

Below is a screenshot of the headline that appeared on Wallas! website. The picture of the bread and wine leads to the article and interview with Dr. Erez Soref, president of One For Israel, explaining what Messianic Jews believe.

"The teaser asks, "Is it possible to believe in both the Jewish Scriptures and the New Testament?"

Of course, our answer is "yes!"

The subheading continues, "They believe in the Jewish Scriptures but also believe that the New Testament is its natural sequel. They are persecuted, yet they are not trying to persuade people to leave their Judaism. Who is Messianic Judaism suitable for and how can we overcome prejudices about it?"

"Incredibly, this opportunity just came to us, with the media company paying for all the production and promotion of the videos and articles. It was posted at key times when there are many readers online, and the article invited people to visit our evangelistic websites with a direct link on the page. This is truly the hand of God at work, wanting Israel to know the truth about his Son." 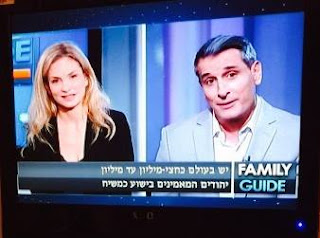 The first two interviews that have aired already cover the following topics:

1. WHO ARE MESSIANIC JEWS, AND WHAT DO THEY BELIEVE?
(This allowed Erez to set the stage to who they are and why they believe in Yeshua)

2. WHY CAN'T YOU BUY THE NEW TESTAMENT IN ISRAELI BOOKSTORES?
(Erez was able to share some of his testimony, and to talk about the beautiful teachings of Yeshua and his message of love)

These interviews were aired on Walla! with links to more information on One For Israel's website. The remaining interviews covered three more topics that are very relevant to modern Israelis:

3. WHAT ARE THE DIFFERENCES BETWEEN MESSIANIC JEWS AND CATHOLICS?
(Since many Jewish people immediately think of the Inquisition and persecution when they hear the name of Jesus, this helped deal with many of the misconceptions)

4. WHY IS ISAIAH 53 NOT READ IN SYNAGOGUES?
(This allowed One For Israel to open the 'Pandora's box' of Messianic prophecies)

5. TALMUDIC LEGENDS ABOUT YESHUA
(The Jewish writings have some interesting stories about Yeshua, most of which are defamatory. One For Israel was able to challenge the truth of these myths and deal with Jewish objections to Yeshua as Messiah)


NEWS UPDATE SINCE FIRST PUBLICATION OF THIS ARTICLE:


Unfortunately there was a huge outcry from factions within the Ultra-Orthodox Jewish community who see the message of Yeshua the Messiah, as a threat that attempts to steal their very souls. Just like Saul, who became the Apostle Paul, they are zealous to protect what they see as the ‘true faith’. They threatened to sue Walla! News for exposing Israelis to what they see as a heresy.

One For Israel shared that, “After the legal consultants of “Walla! News” explored the issue at depth, they came to the correct conclusion that no law was in fact violated, and they decided to re-release the videos.

“A week later, however, “Walla! News” received additional threats from Rabbinic Ultra-Orthodox representatives, threatening a major consumer boycott on “Walla! News” and its mother corporation. Consequently, “Walla! News” decided to remove the interviews from the site on Friday, the 25th of December.”

Sadly, Walla gave in to pressure from the consumer market, despite the fact that Israel is a democracy that ensures freedom of speech.

“This is a frustrating situation,” continued One For Israel. “At the same time, we are encouraged by the widespread exposure for the name of Yeshua that did take place. It is important to note that we at ONE FOR ISRAEL bear no ill feelings to those who oppose us, and we continually pray for those who attempt to persecute us. Just as the first Messianic Jews refused to keep silent about their Messiah two thousand years ago, at our ministry we do not intend to slow our pace or to silence the public discussion about Yeshua just because of persecution...Please continue to pray with us for the salvation of Israel!”

Despite the setback, we rejoice with One For Israel that two of the interviews did air and many Israelis would have been able to hear about Messianic Jews and their faith in the Messiah Yeshua (Jesus). We pray that seeds that were planted will bear fruit and that many will be drawn to revisit the evangelistic websites and ask questions.

We pray that many Israelis will receive their Messiah and that  “all Israel will be saved!”

If you would like to support those who are sharing the Gospel in Israel, please click here!