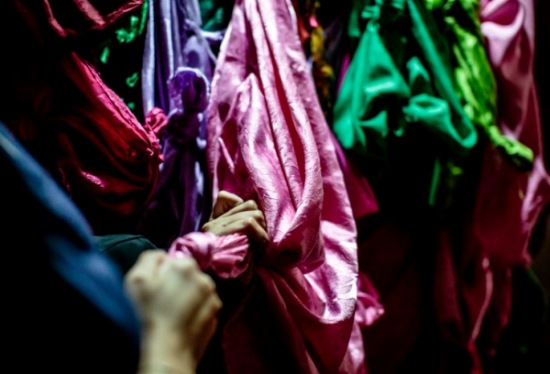 “I will give you as a covenant to the people to restore the earth, to cause them to inherit the desolate heritages, that you may say to the prisoners, Go forth, to those who are in darkness, Show yourselves.” Isaiah 49:8-9

For over ten years, the Jerusalem based organisation, Springs of Hope, has been reaching out to victims of terror attacks in Israel. In the last couple of years, moved by stories of atrocities committed by ISIS (Da'esh), Springs of Hope have been going into the Kurdish region of Northern Iraq to offer support and comfort to those who have suffered at the hands of ISIS.

Your People My People has had the privilege of helping support Springs of Hope as they have been working in Iraq. Over the last year, Springs have been specifically helping the Yezidi people, a minority ethno-religious community who suffered genocide-like mass executions at the hands of ISIS and saw thousands of their women captured as sex slaves and children kidnapped to be trained as child soldiers.

Ahuva* from Springs of Hope was taken to a refugee camp, in the Kurdish region of Iraq ,by Yezidi leaders who are painstakingly collecting details of both the women and children who have escaped from ISIS and those still held captive for two years now.

"I was taken by this team to a local refugee camp where we met the family, the remainder of the family, those who have survived the genocide without being taken into captivity.... As we took our shoes off outside the family tent and sat on the mattress, all I could think of, with this gracious family and their exceptional hospitality, were the words of the prophet Jeremiah who said that ‘The people who survived the sword found grace in the wilderness'. May that be so. They need it.

"We met the most beautiful young girl, in looks and spirit, 16 years old, clear open face, deep clear eyes who have witnessed atrocities such as no human being should. She is so beautiful, again a quiet inner beauty...This is a spirit which although the body and the mind have been tortured, yes tortured and raped endlessly, this is a spirit which has not broken. Damaged yes, broken no.

"We just hugged the whole day, and walked hand in hand throughout the camp. She explained that she had lost her childhood, yes she was older then her young years and had no point of connection or association with the other kids running and playing and vying for attention and cigarettes!!!

"Back in M’s tent her mother entered. Her sorrow was evident. Her daughter had been released and returned but has years of healing ahead of her. Three others of her children are still missing. A rescue operation was about to be put into action... to bring the other kids out alive and reunite her family."
One of the Yezidi leaders wrote in a report: "Based on the evidence at our disposal, ISIS had their own premeditated plan for kidnapping and enslaving Ezidi women and girls. This became transparent in the way that they dealt with the issue of abductions and separating family members, selling the kidnapped Ezidi women and presenting them as gifts to foreign leaders. The women who are still held by ISIS say, 'We die every day', whereas the ones who escaped point out that they experienced the indescribable, saying that their wound will never heal but grow deeper. Some women resorted to mass poisoning themselves in order to escape the heinous actions to which they were exposed. Torturing women pushed some to commit suicide. I ( Dr. K ) would like to quote a 20 year old girl who said 'We suffer a wound deeper than oceans, no one can heal it.'”

Ahuva continued, "After lunch, this team of mighty men, and my beautiful princess went to Lalish, the Holy Place of the Yezidi group and the place to which the returnees come to be cleansed and re-join their tribe after forced conversion to Islam. Which please note, did not protect them in any way from the atrocities and crimes against humanity which they suffered day after day... There are pillars of ancient stone in Lalish which are covered in brightly coloured scarves, tied with knots. My gentle hero encouraged me both to tie a knot and make a wish, and to untie one to release someone else’s wish. I tied many…of course I tied many!!" 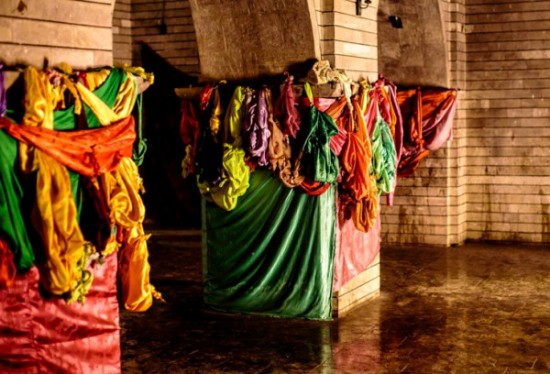 Your People My People supports Springs of Hope as they fulfill the words of the prophet Isaiah, to restore those in the earth who are suffering. As they say to the prisoners: be free and to those in darkness: come out into the light!


“I will give you as a covenant to the people to restore the earth, to cause them to inherit the desolate heritages, that you may say to the prisoners, Go forth, to those who are in darkness, Show yourselves.” Isaiah 49:8-9