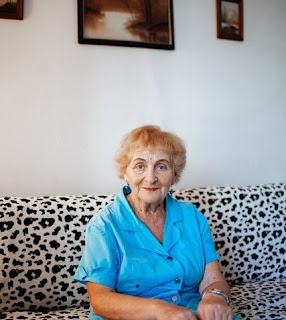 Helping Hand Coalition (HHC), an Israeli charity run by believers, was established when the directors witnessed first hand the desperate plight of many Holocaust survivors who now live in Israel.  Find out how a simple project is bringing hope and support to survivors like Fania:


Fania was born in 1936 in Nevel, Russia into a Jewish family. When she was one year old, her family relocated to Petergof, near Leningrad (St Petersburg) because of her father’s work. During World War II, Petergof was captured by the German Nazis and Fania’s family were evacuated by the Russian government to the town of Uglitch, which was further inland and considered safer. The Nazi invasion continued however and one year old Fania, experienced frequent bombing raids. After living in Uglitch for about a year, the German front advanced towards  the city and with increasing news of Nazi troops massacring  Jewish communities in the towns and villages they conquered, Fania’s family decided it was too dangerous to remain.  They escaped on a boat travelling along the river Volga and were then taken by train to Siberia.

The family experienced terrible conditions during the train journey. The wagons were overcrowded with no provisions. They travelled for several days suffering from extreme hunger and thirst. Even today, Fania remembers the fear and suffering she experienced as a two year old Jewish girl escaping the advance of the Nazi army.


When they arrived at their destination, there was nowhere for the crowds of people running for their lives to go so they were housed in army barracks. The whole family were housed together in one room with her grandparents. Food was extremely scarce and her parents would have been given very limited rations to share with the family in exchange for long hours of labour. Children often went hungry and the Siberian winters were extremely harsh for malnourished children. After the war, they found out that Petergof, their old home had been completely destroyed, so they moved to her grandmother’s home in Lenningrad (St Petersburg). Fania married and had one daughter but sadly she died when she was only 10 years old. Fania’s marriage ended in divorce and she immigrated alone to Israel in 2004.

Today, Fania is 80 years old and in poor health. She has problems with her leg and back along with arthritis and gastric problems.  Many of the Holocaust Survivors are suffering from health issues directly linked to the harsh conditions they experienced as children. Fania receives about £435 each month from Israel’s Social Security. Most of this goes on rent and utilities and the little that is left has to be divided between medication and food. Every so often, she has to find an extra £84 for specialist treatment for her leg problem. There is little, if any, left for food each week.

Thousands of Russian Jewish survivors of the Holocaust came to Israel in the 1990s. (Once the Iron Curtain had fallen and emigration from the USSR was no longer illegal) Some had survived the Nazi enforced ghettos and many like Fania’s family had fled for their lives deep into Siberia, ecking out a meagre hand-to-mouth existence until the war was over. Now these octogenarians and nonagenarians find themselves once again living in poverty and often alone without family or friends.  Helping Hand Coalitian (HHC), one of our partners in Israel is tackling this issue by establishing and funding ‘Shalom Houses’. A local co-ordinator opens their home once a week for up to 20 Holocaust Survivors to meet together and share a meal or other refreshments. This simple, local solution helps on many levels. These weekly small groups provide an emotional support network where friendships are made and important events like birthdays and holidays can be celebrated together. This directly tackles issues of loneliness and isolation. The co-ordinator is also able to find out which individuals are struggling and direct financial assistance to those most in need. Each group takes on its own style and flavour. Some groups recite poetry, sing songs and put on plays. Other groups arrange trips or play games together. 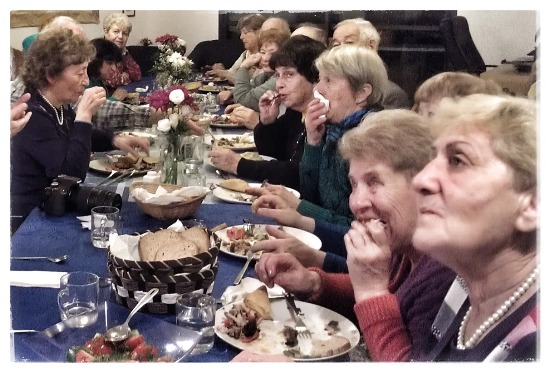 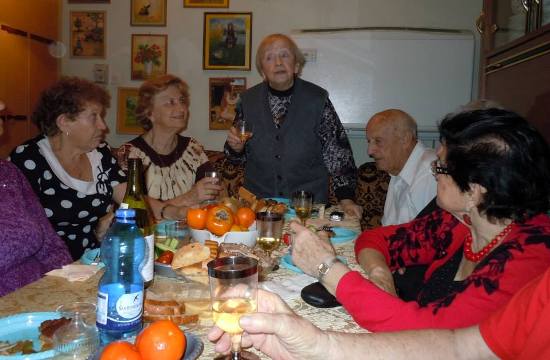 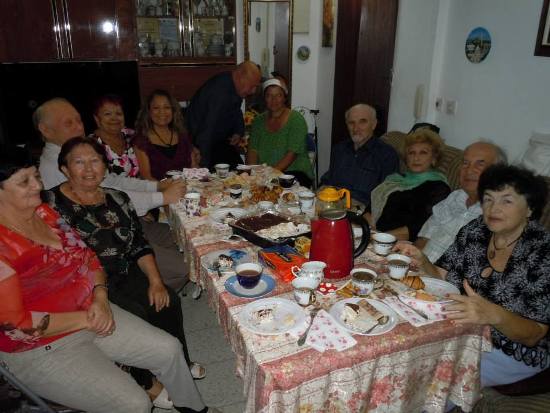 Fania no longer feels alone. Firmly connected to new like-minded friends in her local ‘Shalom House’, she now has a support network and a place to go to celebrate the good times and find support and understanding during times of struggle. 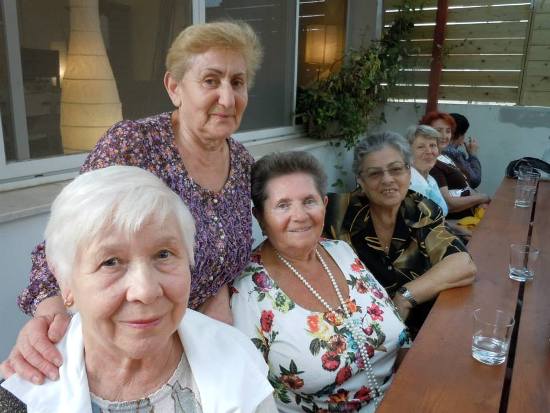 Some of the ‘Warm Houses’ have also welcomed visits by Christians from abroad that HHC staff  have brought along. This has helped to break down barriers and given the Christian visitors an opportunity to express their love for the Survivors and let them know they have not been forgotten.

Watch this heart-warming video of the time a group of Christian young people from Germany blessed one of the HHC ‘Shalom Houses.’


HHC needs to raise support each month to cover the expenses of the ‘Shalom Houses’ and to keep this vital lifeline going.  If Holocaust Survivors are on your heart, we recommend this very practical and simple way that these elderly survivors are being taken care of all across Israel.