"My Greatest Mistake In Life Was My Dreams Were Too Small" 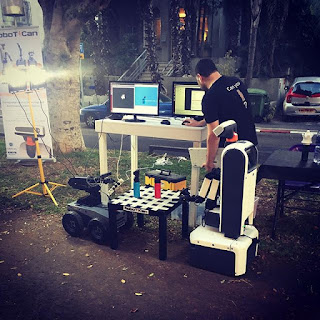 Yesterday evening, walking along Tel Aviv's popular Rothschild Boulevard, we happened upon the 'Makers Zone' of the Tel Aviv Innovation Festival 2016. Crowds of curious onlookers were huddled around various tables showcasing new and fascinating technological gadgets. According to the organisers, the 'Makers Zone' featured "cool inventions by crazy maker nerds" and the event did not disappoint.  From individually scanned, 3D-printed prosthetic hands for children, to products that converted art into sound, each exhibit was passionately demonstrated and explained by local inventors and technology lovers. At each table, pushing through the crowd to get a better look, were many children with eyes wide, full of excitement and eager to have a go for themselves. The exhibitors patiently helped each child to engage with the joy of new experiences and opened up in their minds, the door of hope for the future.

This morning, as I scanned the news headlines, I read that Israeli Statesman, Shimon Peres, the last of the founding fathers of the modern State of Israel, had died at the age of 93. With a career that spanned seven decades, he had held almost every senior political office in the country, including Prime Minister and President. In 1994, he won the Nobel Peace Prize for his work in reaching an interim peace agreement with the Palestinians. After his retirement, he continued to work tirelessly for peace and he was still meeting and networking people in his office, right up until he suffered a major stroke earlier this month. Not everyone will agree with every decision he took during his long career, but as the tributes roll in from all around the world, it is clear that this man was a very special human being who was well respected. 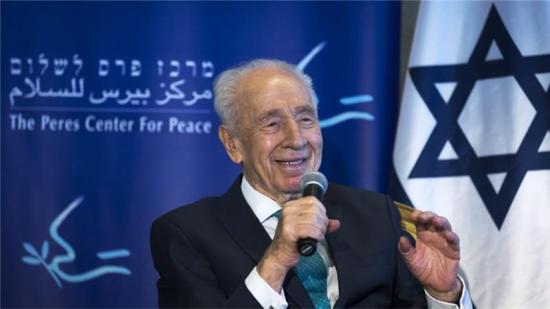 "I  am deeply saddened to hear that Shimon Peres has died. He was a visionary and courageous statesman, who worked relentlessly for peace and never lost hope that this would one day be achievable.  He was a truly deserving winner of the Nobel Peace Prize.

My thoughts go out to the Israeli people and the family of Shimon Peres as they mourn the loss of a beloved father and compatriot – a great man who epitomised optimism and a belief that by working together we can build a brighter future for generations to come."  Theresa May, British Prime Minister


"There are few people who we share this world with who change the course of human history, not just through their role in human events, but because they expand our moral imagination and force us to expect more of ourselves. My friend Shimon was one of those people," Barak Obama, U.S. President. 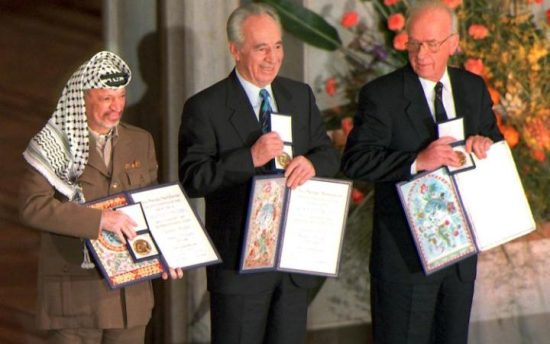 My  attention was drawn to the descriptions of an eternal optimist, who managed to inspire others to rise above their circumstances, to dream big and to work together to build a better world. I followed a link to an interview he had given at a local TEDx event and watched him at work, inspiring a whole auditorium of gifted young men and women to imagine and reach for a better future.

"Most of us prefer to remember [the past] rather than think, dream or imagine [the future]" he shared, "....when it comes to science there is no room for wars. In the case of territory, if you win, someone loses. In the case of science, you can win without anyone losing... I believe, politics divides, science unites. Politics calls for war, science calls for peace."

The interviewer asked Shimon Peres, what his advice would be to these young brains concerning how to change the future in the next 10 years or so.

Turning to look at the audience, to connect face to face, Shimon Peres replied, "My first advice, from experience, is each of you has a much greater potential than you yourself think, than your parents think, than your teachers think.  It is unused. I think, if you want, you have to make a choice: to be small or to be great. If you will serve your ego - ego is the smallest thing in life. If you serve a great cause, you will be great. So go and serve great causes. Great causes means: serve other people. Try to encourage them, to help them. It won't fall from heaven, you have to work hard in order to rise to the occasion."

"My greatest achievement in life would be tomorrow." replied Shimon,  "What we achieve today is past, so I am working for tomorrow. I know people ask me what is my greatest mistake in life, so I will answer this question too and you will be surprised if I tell you, that in my judgement, my greatest mistake in life was my dreams were too small...now with perspective, they were too small.  My recommendation, dream great! Don't dream small!"

I thought back to the Tel Aviv Innovation Festival I visited yesterday, and those curious young faces so eager to learn about something new. I thought about all the Festival represented in terms of using new technology to improve the world, to make it a better place and I thought that Shimon Peres would have approved. At this time of his passing, an era has ended but his inspiration to dream about the future continues. Let us be encouraged to use our God-given talents to work together for the common good - not puffing up our own egos but looking for 'great causes' that serve other people. And when we think about the future we are trying to create - dream big! 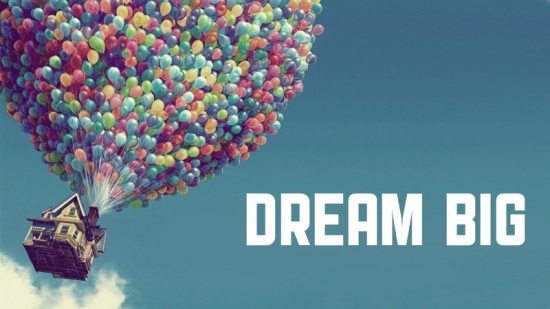