Building an Altar in Jerusalem - Part 2

If  you haven't read Part 1, you can find it here: Building an Altar in Jerusalem - Part 1


“I know it was a blow to the enemy who wants nothing more than to bring chaos and disunity. And who wants to keep the Jews and the Arabs from walking in their full calling of Isaiah 19 worship.” 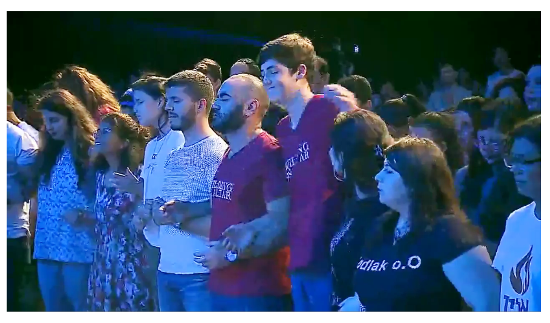 This is how Bethany, one of the worship leaders at the ELAV youth conference in Jerusalem summed up the impact of this year’s gathering. Every year, Succat Hallel, a 24/7 House of Prayer in Jerusalem, organises this amazing conference bringing together young followers of Jesus from Jewish and Arab backgrounds both from Israel and the surrounding Arab nations. The conference opened with a mixed Arab and Jewish worship team, who beautifully wove Jewish and Arab rhythms to create a poignant and harmonious tapestry of worship from Jerusalem. “There were precious, memorable moments,” continued Bethany, “One was when we sang the chorus of ‘How Great is Our God’ in Hebrew and in Arabic and then in a canon. All the instruments stopped. You could hear this large group of fervent voices singing about God’s greatness! There was such unity and excitement in worshiping God together in both languages... Another special moment was at the end of the evening. We sang a song about Yeshua’s return and the peace He will bring to our region and to the whole earth.The whole place broke out in joyful dancing. Jewish and Arab believers were singing with their arms over each other’s shoulders. They were clapping and saying, “Come, Yeshua, come!” in both languages. It felt as though we could have kept on worshiping for hours!” 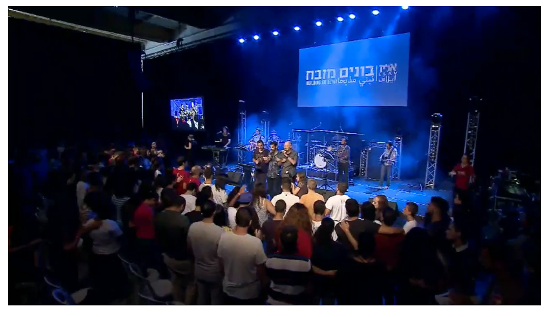 An Arabic Pastor from Bethlehem shared the verse from Psalm 133  “Behold, how good and pleasant it is when brothers dwell in unity!” and then he prayed over the gathering, “We need you [Lord] to work in our hearts today. You are able to do anything. We need you to touch us with your Holy Spirit.We give you all the glory and praise!” There was an expectancy, that God would indeed do a deep work in the hearts of these young people. That where seeds of distrust and hatred had been planted between these two people groups: between the children of Isaac and the children of Ishmael, that a harvest of hope and love would grow. Where the enemy had planned evil, God would turn it around and transform it, by the power of his love, into something good! 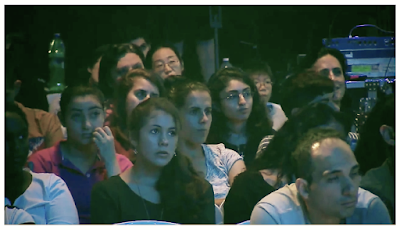 A young Jewish girl asked to share a testimony. She explained that she was born and raised in Israel. She grew up in a traditional Jewish family and three years ago, she accepted Yeshua (Jesus) as her Messiah. Her family still do not know Him. Earlier this year, she went on a mission trip to Africa with 250 people from 30 different countries. While on this trip, she became friends with some Jordanian Christians. They invited her to visit them in Jordan, so she went and God used this opportunity in an amazing way. This young girl shared that she told the Jordanian people she met, “I’m Israeli and I love you because of Yeshua!” But her hostess warned her not to keep saying she was from Israel because the political situation was very sensitive between Israel and Jordan and it could be dangerous for her. One evening, they went to a prayer meeting. It was very powerful, people were praying passionately with all their hearts. She asked her hostess if she could thank the worship leader. “He asked me where I am from,” she related, “I said, I am from Israel. I am Jewish and I want to say thank you. He was in shock and told me I was an answer to his prayer.” His family were Palestinians, they had left Israel many years ago and had settled in Jordan. Later, they moved to the USA and then back to Jordan. He felt like he had no home. He had had a salvation encounter with Jesus and the Lord had started to heal his heart. He received a revelation about the Jewish people as God’s chosen people, and asked the Lord to forgive the hate in his heart. He repented for his hate and asked the Lord to give him an opportunity to meet a Jewish Israeli so he could tell them:  ‘I am a Palestinian and I love you because of Jesus.’ And right here in a prayer meeting in Jordan, he had his prayer answered. It was an amazing reunion! The story had a second part: During a recent spate of terror attacks against Israelis, this young Jewish girl shared her emotional reaction: “My Israeli identity rose up and in anger I started saying, why are the Palestinians acting like that. I was angry and even wanted to write a text to my friend in Jordan and blame them, but I stopped and brought it to Yeshua. I then understood my identity first is as a daughter of God - before I am an Israeli, before I am Jewish. First, I am God’s daughter - only with that revelation could I pray for the Palestinians and their families. Before we are Israelis or Palestinians, we are God’s children whom he loves. As children of God, we have a tool to deal with these difficult things. Our identity is first in God, and in Yeshua we can have peace. God, you have a purpose for us to be Arab or Jew but our identity is first in you” 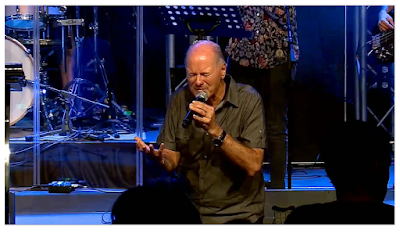 Rick Ridings taught about building an altar to the Lord through worship and praise. To present their lives to the Lord as living sacrifices. Not just at the conference but daily, as a lifestyle. This was the altar they were building in Jerusalem. An altar of lives laid down to serve the King.  The young believers got into groups of 3 or 4 and prayed for the fire of the Holy Spirit to be within each other, that this fire would continue burning as they returned home and that they would be used to light spiritual fires wherever they went. This generation was commissioned to go out into the cities carrying the presence of the Lord. That they would establish altars of prayer and praise back home. One after another, young people came forward to pray for God to move in their communities. Prayers poured out in Hebrew, in Arabic and in English. 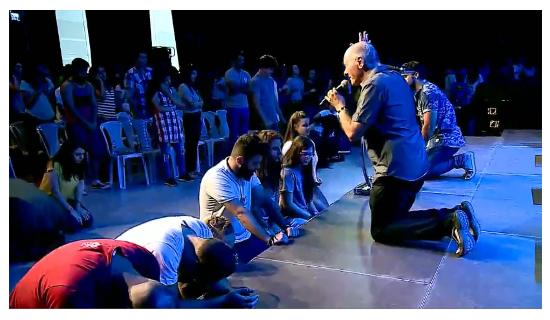 God is raising up altars of prayer and praise all over the Middle East. The believers from Egypt and Jordan were invited forward to receive a blessing. “God, you came with fire on the altar of worship,” prayed Rick, “Many have had encounters with you Lord. This is not just a meeting but a birthing of a movement. We declare over Jordan and Egypt, we declare over every city represented here by Jewish, Arab, Palestinians - altars raised up quickly, altars of worship, altars of encounter, of prayer. From Jerusalem, we commission you; go and build the altar to the Lord!” 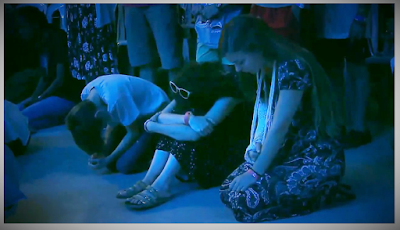 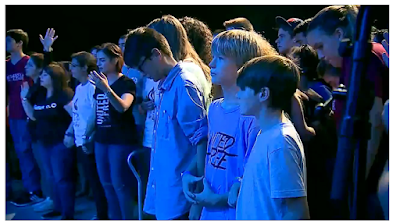 Please pray for these young people who carry the revival fires for their nations in their hearts. Pray that as they build altars of unity together, God will send his holy fire!

Listen to one of the Hebrew/Arabic recordings that came out from the ELAV worship teams:
Seu Shearim (Open Up You Gates) Jewish Arabic worship from Israel

Email Post
Labels: Body of Messiah Elav good report hope for the future Israeli youth Jewish Arab Unity Pray for the Peace of Jerusalem Your People My People your people will be my people YPMP