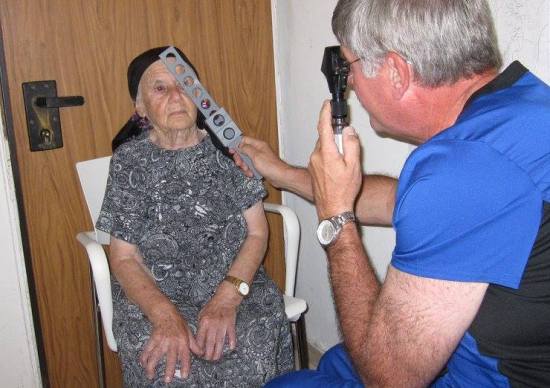 "Our vision is to see to it that those who were born into the death and terror of the Holocaust, may pass away from this earth in love."


This is the vision statement of Helping Hand Coalition, a ministry to Holocaust Survivors in Israel run by local believers.

Your People My Pepole is honoured to stand alongside Helping Hand Coalition (HHC), a local Israeli ministry birthed in 2005 by a family working on a documentary about a Holocaust Survivor. They witnessed with their own eyes, the poverty and neglect these brave survivors now found themselves in.

From small beginnings HHC has been growing - seeing the need and finding ways to bring love and support to Holocaust Survivors living in Israel. HHC now provides continuous aid to nearly 80,000 victims of the Holocaust in over 70 towns and cities throughout the country. The Coalition distributes food, clothing and financial grants; and coordinates social events and weekly ‘Shalom Home’ gatherings bringing joy and companionship. 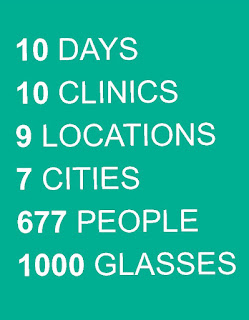 During the month of July, HHC have been helping to literally renew vision. They travelled around the country with an optometrist and additional volunteers testing the eyes of Holocaust Survivors and providing them with free glasses for distance, reading and sunglasses.

One lady was so touched when she learned that the glasses were free. She had tears in her eyes as she kissed the technician and expressed her grateful thanks.

It was also an opportunity for some of the Survivors to share their stories with the visitors. Knowing that someone has heard them and responded with love brings such healing to the hearts of the Survivors.  “We heard some difficult stories from WWII veterans and from those who had been in Concentration Camps, Ghettos, who had fled the enemy armies as they advanced and whose family members were killed when they could not travel to make it to safety,’” shared one of the volunteers, “It was an emotionally tiring time and difficult to learn of their painful memories and yet a rewarding time in sharing love and small gifts with them.”

These were very special days as those who had experienced such horrors at the hands of others now received care and gifts given with love. 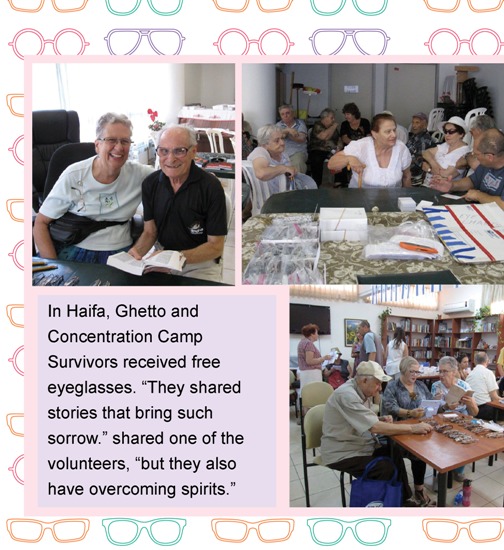 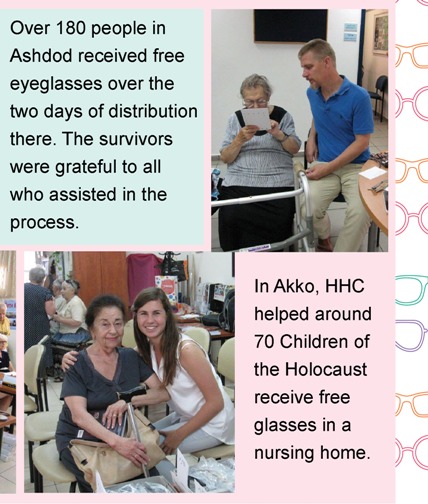 We, at Your People My People, love how God is using His ambassadors to shower love on these elderly survivors who experienced such hatred in their lives. Please keep them in your prayers.


Sow into this work here:
DONATE