From Hating Jews to Loving Jesus

A former-Muslim woman stood up in front of the group of elderly Holocaust Survivors and shared that growing up, she had been taught to hate the Jewish people. It wasn't until she met Jesus, the Jewish man from Galilee, that her heart was transformed. The God of Israel taught her to love his people and his land. She concluded her testimony by repenting and stating her love for the Jewish people. There wasn't a dry eye in the room!

This special moment took place during a 'Shalom House' gathering in the beautiful village of Poriyah Illit, just outside Tiberius and overlooking the Sea of Galilee. Shalom Houses, facilitated by Helping Hand Coalition, are a weekly meet-up group where Holocaust Survivors can gather around a meal, share stories and build friendships. They are a life-line to these elderly people who are often struggling financially and socially. Shalom Houses happen all over Israel but this was the first one in the Tiberius area. 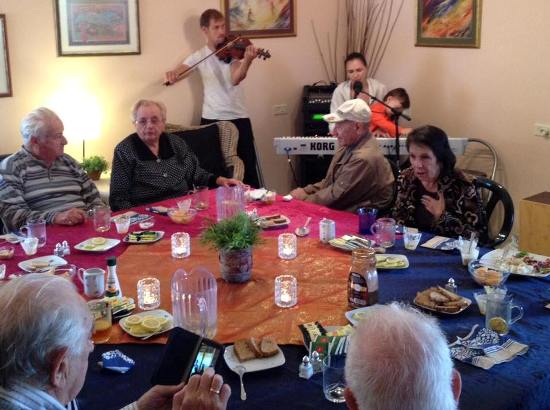 So much heart and dedication went into making this gathering beautiful, welcoming and full of love: to make the Holocaust Survivors feel special. Volunteers from Germany prepared a fantastic meal followed by an amazing dessert with chocolate, hand-made hearts on top. A group from the USA, helped prepare the tables and then showered the Holocaust Survivors with love and hugs.

Many of the Survivors speak Russian and during the meeting they were entertained with music and song in Russian. They were particularly amused to see the singers 2-year old son sitting on her lap while she played the piano. Another talented musician played traditional Jewish songs on the violin.

The survivors left the Shalom House with a gift bag, along with lots of joy and hugs. They all expressed their thankfulness. One of them stated: "Thank you to Helping Hand Coalition who cares for us, and has broadened our day with such a meaningful activity." 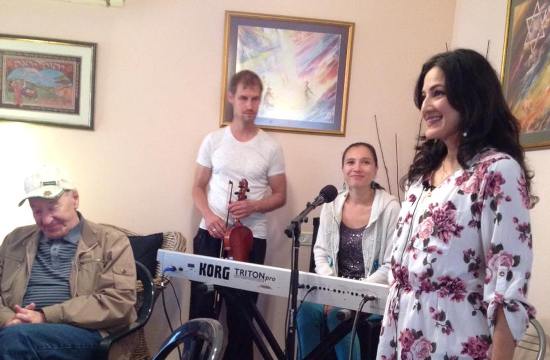 May the testimony of the man from Galilee who transforms hearts from hate to love be a seed that bears much fruit in the hearts of these brave warriors.

Help us support 'Shalom House' gatherings like this one!
Sow into this work here: