In Love with a Hometown Boy 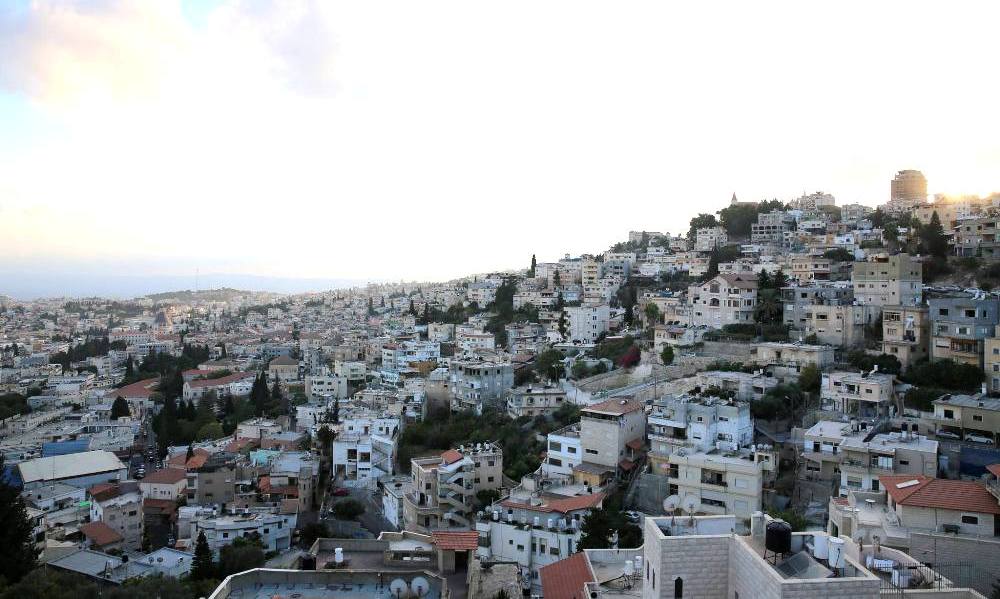 “I fell in love with a hometown boy,” says Rania, with a grin that breaks into an infectious laugh. “I met a beautiful Jewish man from Nazareth.”

Rania is an Arab Christian from the land of Israel and the Director of HOPE: House of Prayer and Exploits, Nazareth. She grew up in a nominal Greek Orthodox Christian family. Living in Nazareth was a normal part of life, nothing special, it was just where she lived and the importance and privilege of being able to live in such a significant town didn’t dawn on her until many years later. At 16 years of age, she became the first member of her family to meet Jesus personally and at that tender age, she started her journey of following him.

Today, the spiritual significance of her hometown does not pass her by! She longs to see what the Lord has in store for Nazareth, to see his heart as he aligns and restores it to his plans and purposes. Rania’s calling to be a healing agent for her city and nation led her to establish a House of Prayer in Nazareth. Their vision is to cry out for the Lord to touch Nazareth again, and to see an awakening across Israel – to see revival coming to both the Arab and the Jew.

HOPE: House of Prayer and Exploits is not quite 24/7 yet, but many prayer watches take place throughout the week - Individuals and groups contending in prayer and worship on the walls of Nazareth.

“What a privilege to partner with the Lord in prayer and intercession,” said Rania, “My focus is intercession, worship and the prophetic. I’ve been praying in Nazareth for 21 years, crying out from the walls of the city and asking the Lord to come with revival.”

“Sometimes, I have a serious lack of sleep,” shared Rania, “but it is very exciting to see young people really tarry before the Lord. 5 hours of prayer. A prayer meeting shouldn’t be boring. I don’t think anyone would stay in a prayer meeting that was boring. And it will be boring if the Holy Spirit isn’t there. I pray for the Lord to really awaken a prayer movement in this nation like never before. We need the prayer meetings to be re-filled and the watchmen to arise. The prayer meetings to be filled with the Holy Spirit. So that people can come and that they don’t feel that they have to be pushed into a prayer meeting but the joy of communion with the Holy Spirit and praying and receiving revelations, connecting with heaven - releasing heaven on earth - Becoming a culture and a great power that will change the face of the region.”

The breakthrough in prayer HOPE has experienced in Nazareth didn’t happen over night. In the beginning, they had to plough the ground, to really pray and pour out a lot of tears. “We cried out to the Lord and we are still doing that because this is just the beginning of what he wants to do in Nazareth” explained Rania.

HOPE believes Nazareth is key because spiritually it is a womb city – meaning it is a place of birthing God’s plans and purposes. It represents being pregnant with God’s promises. It was the place where Mary heard that she would become pregnant with the Saviour of the World. These passionate intercessors are believing God will birth revival from Nazareth that will transform the whole of Israel.

“We believe God is about to release his glory all over Israel but he is also going to use Nazareth as a key city. Because when we understand redemptive callings over cities and over nations we agree and tap in on the well, on the anointing, on the DNA of that city and agree with God – we begin to see wells, ancient wells open.”

The city of Nazareth is certainly a deep spiritual well and the intercessors at HOPE are drawing living water to refresh a dry and thirsty land.

Pray for HOPE:  HOUSE OF PRAYER & EXPLOITS as they pray and intercede for Nazareth and for the whole nation of Israel.

Pray for the young adults and youth who are passionate to see God’s Kingdom at work in their city and nation.


If you would like to sow into the ministry of HOPE  CLICK HERE       and note your gift is for HOPE-Nazareth.