Why Is This Night Different From all Other Nights? 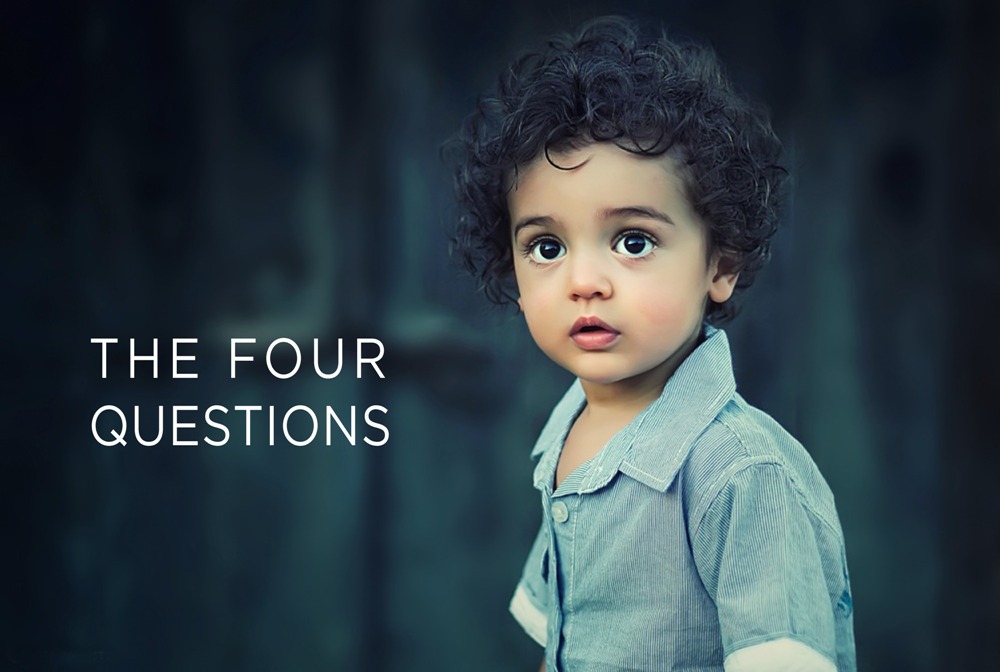 Anyone who has had the privilege of sitting with a modern Jewish family as they celebrate Passover will most probably have experienced the adorable attempt of the youngest child at singing 'Ma Nishtana'. The song asks 'The Four Questions' that each start with: 'Why is this night different from all other nights?'

No doubt this tradition and many of the other traditions associated with celebrating the Passover are an attempt to fulfil the biblical obligation to tell the story of Passover and the Exodus to your children (Exodus 13:8). Throughout the Hebrew Scriptures, God entreats the people of Israel to teach the Faith to their children, to pass it on to the next generation who in turn will teach it to their children and their children's children.

The Four Questions invite the children into the ceremony and create an opportunity for the leader of the Passover Seder (Ceremonial Meal) to begin to explain to them the theme of the story: freedom.

The song starts with the poignant phrase: “Why is this night different from all other nights?”  (Mah nishtanah halailah hazeh mikol haleilot?) And continues with four questions pointing out some of the differences the child is noticing about tonight’s meal. 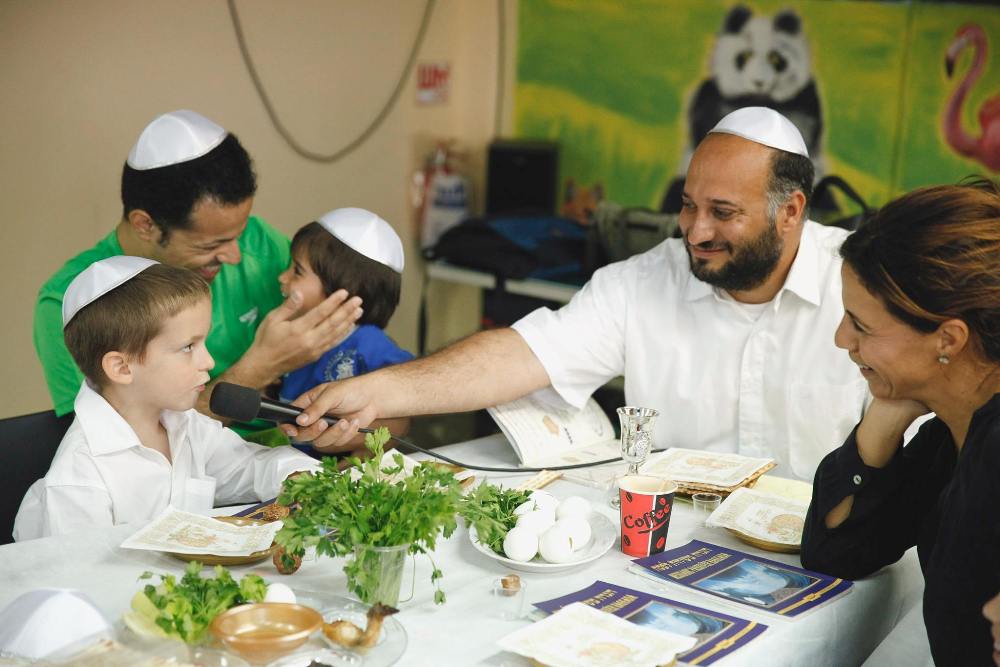 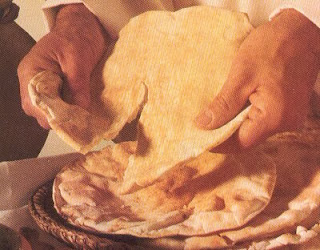 Passover begins the week long Feast of Unleavened Bread when yeast is purged from the house and only bread made without yeast may be eaten. This reminds us that salvation came quickly. After the angel of death ‘Passed Over’ the houses that were marked with the blood of the Passover lamb, God told the people of Israel to leave Egypt quickly, there was no time for the bread to rise. (Exodus 12).

Question 2. On all other nights, we eat any kind of vegetables. Why, on this night only bitter herbs?

The bitter herbs eaten during the Passover Seder were to remind the participants of the bitterness of slavery. Often, horseradish is used and certainly brings tears to the eyes!

Question 3. On all other nights, we don't dip our vegetables even once. Why on this night do we dip twice? 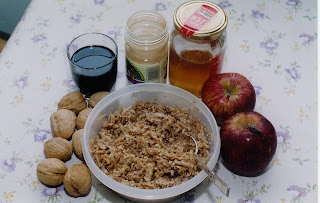 During the Passover Seder, parsley is dipped in salt water – another visual aid to represent the tears of the slaves. The bitter herb is also dipped in Charoset - a sweet, brown mixture representing the mortar and brick used by the Hebrew slaves to build the storehouses or pyramids of Egypt. Charoset is traditionally made from chopped nuts, grated apples, cinnamon, and sweet red wine.

Question 4. On all other nights, we eat either sitting upright or reclining. Why on this night do we all recline?

The tradition of reclining was to celebrate freedom from slavery. Slaves do not recline on cushions to eat. This was a picture of how wealthy free men and royalty ate. For the children at the Passover Seder it’s a visual reminder of how great freedom feels.

The answer to all these questions is then summarized by the leader of the Seder (Passover Ceremony):

We were once slaves of Pharaoh in Egypt, but the LORD or God brought us out with a mighty hand and an outstretched arm. If God had not brought us out we would still be slaves in Egypt. 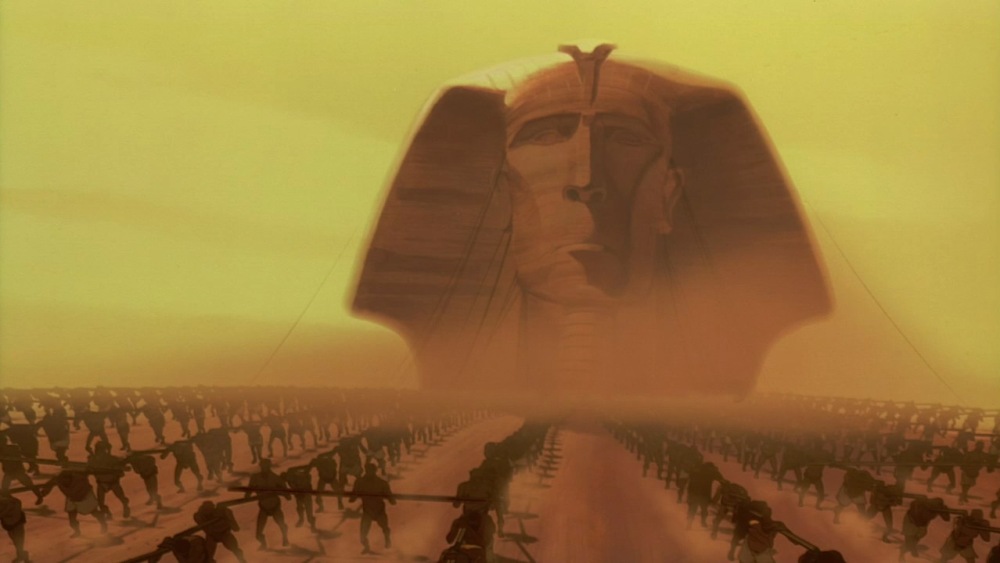 This is the crux of the Passover and this ‘type’ or pattern of salvation will be used by Jesus at the Last Supper when as the leader of his last Passover, he will use the symbolism of the Passover ceremony to explain to his disciples why this night is different from all other nights.

No one knows exactly the form of ceremony Jesus used for his Passover, but the words recorded in the Gospels have been chosen to highlight the parts of the meal that caused the disciples to ask the same question that the youngest child asks every Passover, to this day: Why is this night different from all other nights?

With the benefit of hindsight, we know that this Passover was a pivotal point in history. A rending of the heavens. A paradigm shift was about to happen and things would never be the same again.

The Passover/Easter season is an opportunity to ask ourselves the same question. Why is this night different from all other nights?

If Jesus had not become the Passover lamb for us all, if God had not intervened with power and mercy and set us free - we would still be slaves in our own spiritual ‘Egypt’. There would be no freedom from sin, we would still be in bondage. But, Praise God! He did breakthrough into our world. This moment in history would be different from every other moment there ever was. God made flesh, took our sin upon himself and the sentence of death 'passed over' us. He stretched out his hand to us and brought us out of ‘Egypt’ into freedom. Things would never be the same again!

We were once slaves of Pharaoh in Egypt, but the LORD or God brought us out with a mighty hand and an outstretched arm. If God had not brought us out we would still be slaves in Egypt.