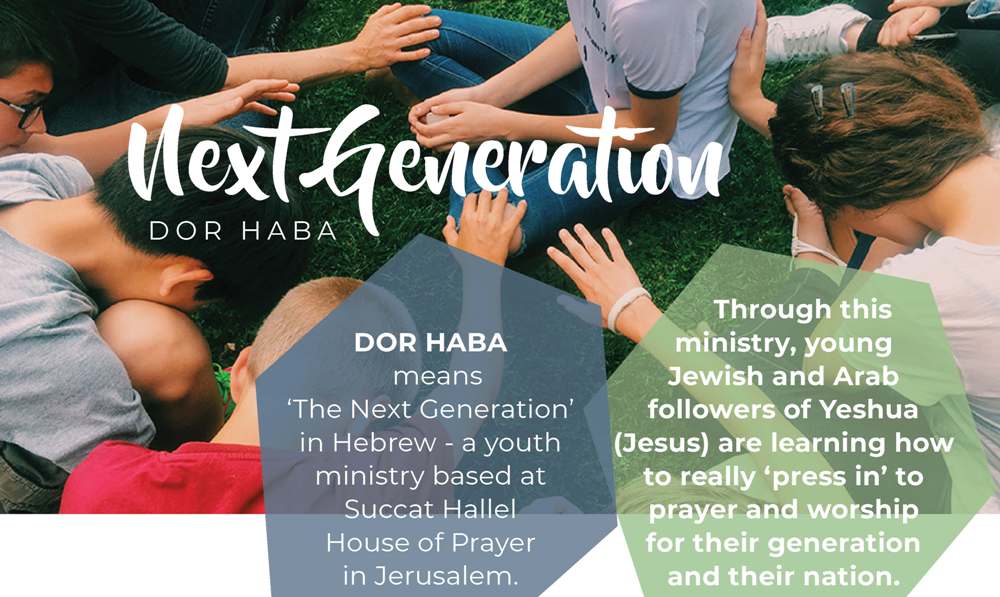 Your People My People spent time worshipping with these powerful young intercessors last month in the prayer house that overlooks the Old City of Jerusalem. Tal, one of the Directors of Dor Haba, noted that as they have been facilitating weekly times of worship and intercession led by local kids, youth and young adults, they have simultaneously been witnessing more and more openness to the Gospel among Israelis.

“It seems as though something is changing in the air! There is a new hunger and willingness to hear about Yeshua,” shared Tal.

On New Year’s Eve, Dor Haba hosted an evening of prayer and worship in Jerusalem for youth. Young believers gathered together to dedicate the New Year to the Lord. They came to Jerusalem from all over Israel, even from as far as Haifa and Beer Sheva.

“We had an amazing time of worship together,” said Tal,  “I shared with the youth about the importance of personal, intimate time with the  Lord and the priority it needs to take in our lives in this new year. Especially if we want to see any change or breakthrough in our lives, our congregations, our schools and our country. Yeshua, being the ultimate example, as he constantly withdraw to quiet places to pray. And from THERE was a vessel for God’s power and breakthrough. They prayed for each other and shared ideas on how to make space for quiet time with the Lord in their daily lives.

“As the countdown to the New year approached we had started worshipping again. The youth were so deep into worship at that point that they just continued singing. They even forgot to do the countdown! The song they sang as the clock ticked past midnight was (translated from Hebrew), “Take it all. Take ALL of me. I give myself to you!

“It was such a beautiful moment of dedication to the Lord in the new year. It was so cool to see so many youth spending their new year’s eve worshipping and re-committing themselves to the Lord. And this on a night when most people their age were out drinking and partying. It was a very memorable, special night.”

Following on from New Year’s Eve, in the weekly worship times held at Succat Hallel, there has been a focus by the young people themselves, to pray for salvations and healing in Israel. As a result of this intercession, over the last couple of months, there have been 3 or 4 young people every week giving testimonies of how they shared the Lord with someone or prayed for someone on the street to be healed. The youth leaders have been experiencing the same thing and are discovering a new boldness in sharing the Lord with others and in praying for people on the spot.

Tal shared with us: “Just in the past two weeks, I got to talk about the Lord with another mum from my daughter’s school. We spoke in a cafe for 3 hours, 2 of which we spoke just about Yeshua. At two different points in our conversation she started wiping tears from her eyes. This is a woman in her 20’s who went to religious, “haredi” (Orthodox Jewish) school as a child. She then turned secular, got pregnant really young, but has always known God is there. I could see the Holy Spirit really moving on her as we talked. She even said, “ah, I get it, so we need to become less so Yeshua can become more.” I told her, “That’s in the New Testament! John the baptist said that...how did you know that?” Although I knew it was probably the Holy Spirit speaking to her. We had an amazing talk and I could see her heart had really softened since the last time I had spoken to her about my faith in Yeshua. Please pray for her. She is going to come to congregation with me this Friday. 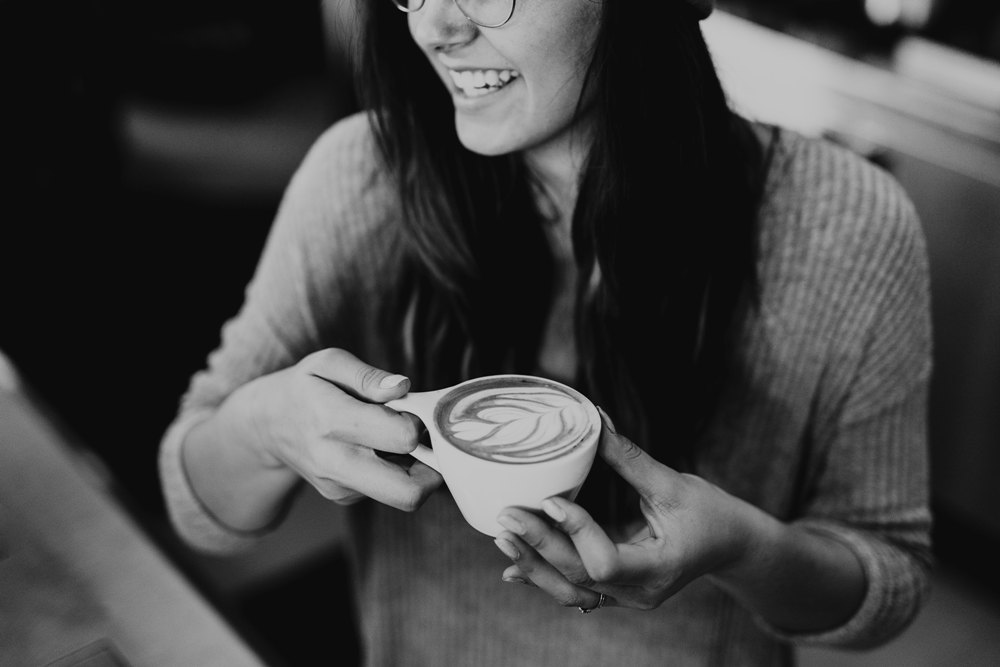 “An Israeli guy who owns a guest house across the street from the prayer room came in one day and began asking me what we do there. He looked around and saw people with their hands raised, worshipping. And some praying over Jerusalem by the window. And he suddenly wiped a tear from his face and said to me in Hebrew, “This is really beautiful what you all are doing here. I am very happy to be your neighbour. I’ve never heard of any place like this.” Two other religious Jewish guys came in and stayed for another worship time that lasted two hours that same week.

“And several days ago, while shopping, I got talking with the salesman, who was from a ‘haredi’ (religious Jewish family) and in his 20’s. Once he found out I have 8 kids, he began asking me about my family. This of course led me to sharing with him how we are Messianic Jews and he asked what that was. We talked about Yeshua, the sacrificial lamb, prophecy and the end times for about 45 minutes. We finally had to stop as more people came into the shop and were waiting for service. He told me he wants to continue looking into it online. But the thing is, he didn’t “shut off” or become hard once I shared what I believe about Yeshua. He just kept asking questions and was genuinely
curious and engaged.”

If you are praying for salvations in Israel, keep it up!
It’s working! People’s hearts are softening. We are witnessing it!

PRAY FOR:
- Dor Haba’s Hebrew/Arabic youth worship night for Israelis together with Arab believers from the West Bank.
- the weekly prayer & worship times led by young adults, youth and children
- Preparations for the Worship Training Camp for Jewish and Arab believers 27-30th August 2018
- For Young Leaders training in  June: Jewish & Arab young people who will be leading small groups and helping at the camp.