The Eastern Front: Stories Of The Soviet Survivors - Fayina 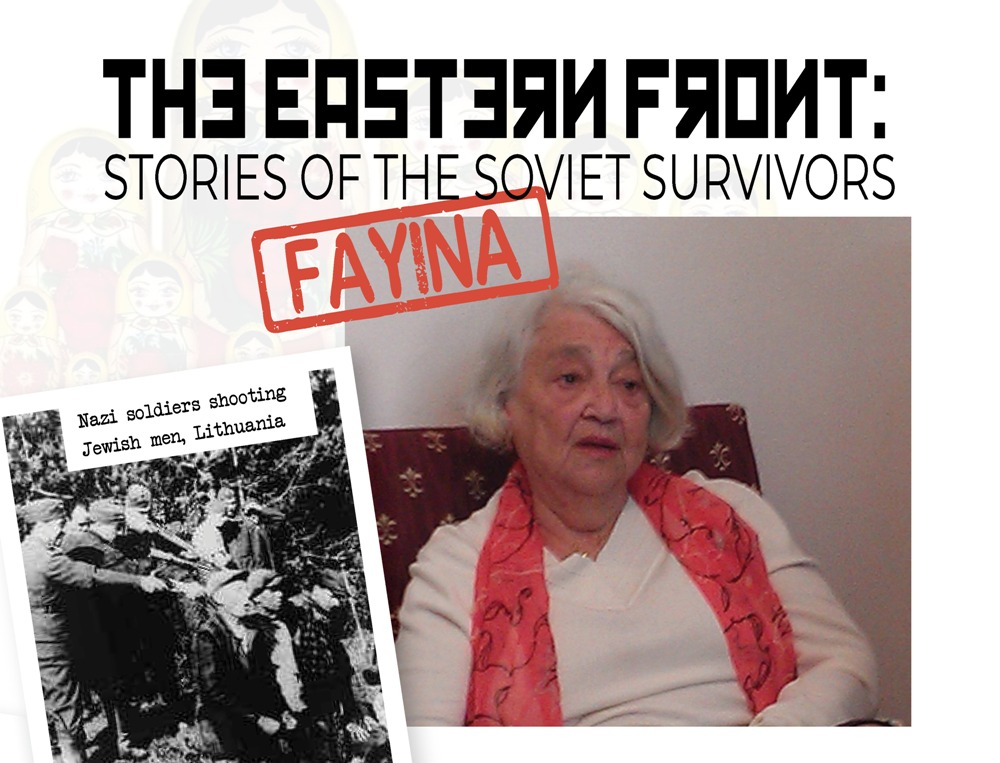 Before Concentration Camps had even come into existence, the Nazi army slaughtered around two million Soviet Jews as they advanced on the eastern front. This side of the story is perhaps less well known than the industrialised murders of Auschwitz and Bergen-Belson, but no less tragic. As the Nazi troops took land, specialized killing units swept in behind to round up the Jewish population and execute them by shooting. The local Jewish communities were often taken to an area outside the town where a mass grave had been dug. They were made to stand over the grave where they were shot in the head. Some Jewish families on hearing about this terror, escaped with their families further east, by travelling into the depths of Russia. 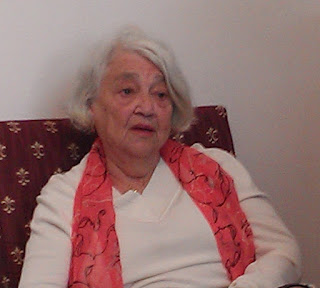 Fayina was born in the Ukraine. When Hitler's army invaded the Soviet Union, her father was sent to the front lines to fight. She was three years old and remained with her Mum, her two sisters and a large extended family. As they became aware of the Nazi attacks and the slaughtering of Jewish communities, the whole family decided to run away to the Ural mountain region. 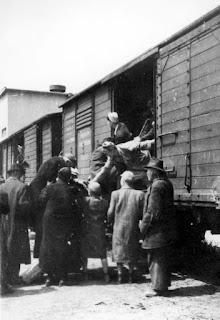 The train journey was long and hazardous. The train would stop during Nazi bombing raids and all the passengers would run to hide.  It was terrifying for three year old Fayina. It was also freezing cold. The family eventually arrived at a city in the Ural region. They found work on an army collective farm.* There were no wages but a small amount of food and very basic accommodation was provided in return for hard labour on the farm. Most of the produce was sent to the front lines for the Soviet soldiers.

On the army farm, Fayina lived in one room with her mother, grandparents and three other families. The adults and older children worked long hours on the farm to provide food for the soviet army. They produced potatoes and milk. There was also a factory making munitions. The living conditions were extreme and the young children were left alone all day. Fayina's mother would bring a small amount of milk back from the farm for her and her sisters. Workers were given only a small portion of bread per day and the children were given a small amount about the size of a cheese cracker. It was very poor quality bread and the children had to dip it in water to make it soft enough to eat.

In 1944, when the Nazis were defeated, Fayina and her family were able to return to Ukraine but things would never be the same again. In 1997, she followed her sister to Israel. A few years later, her children also immigrated to Israel. 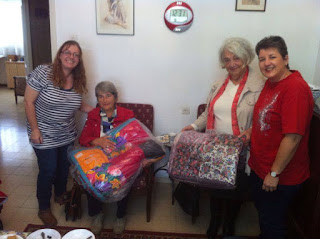 Your My People had the privilege of meeting some of the Survivors of this eastern Holocaust, who now live in Israel. Our ministry partner 'Helping Hand Coalition' (HHC), is working with these Survivors to give them dignity in their old age and support them in the particular physical and emotional scars they have as a result of their experiences during World War II.


* Taken by surprise by the German invasion, the Soviet army suffered huge losses. In an effort to turn around their fortunes, the Soviet government hurriedly set up a network of collective farms and munitions factories to supply the army. Huge numbers of population fleeing the Nazi occupied territory provided the workforce. Conditions for the workers was terrible and small amounts of food was given in exchange for long hours of arduous labour.