Meet the 0.2% - A Palestinian Atheist has vivid dreams about Jesus 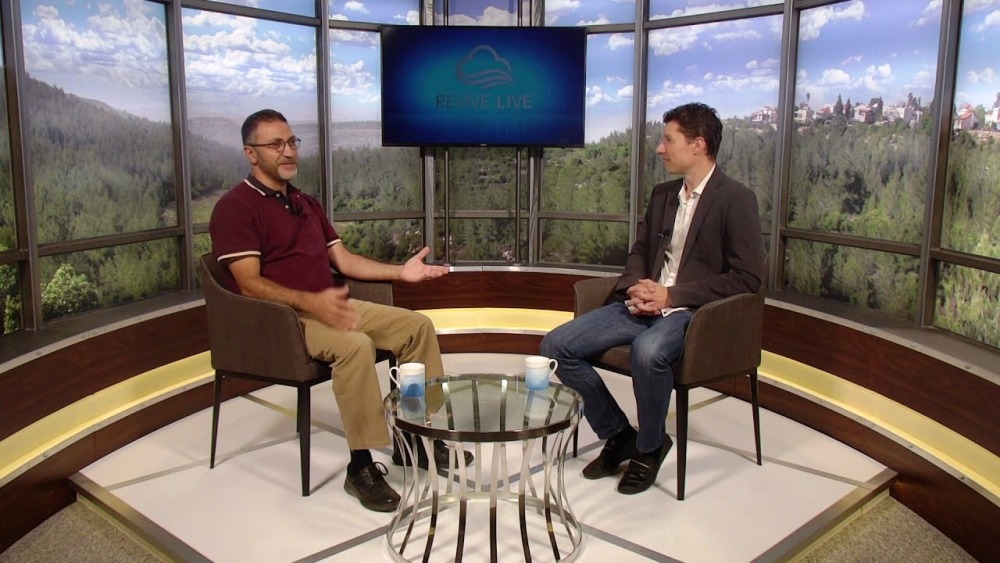 Did you know that Missiologists consider Israel to be an unreached people group? In fact, less than 0.2% of the population (less than 20,000) of Israel are followers of Jesus/Yeshua.

When Bassam Adranly, a Palestinian Atheist from Jerusalem encountered Jesus in vivid dreams, he knew he had to follow him and that his life would never be the same again.

Bassam grew up in a Palestinian, Greek Orthodox Christian family in Jerusalem’s old city just 200 metres or so from Jesus’ empty tomb. Like many young Arab men who were looking for a place to belong in the 1970s and 80s, he joined the communist party. But, he soon became disillusioned by their ideology, so he left and declared himself an atheist.

After finishing school, he decided to study optometry and then return to Jerusalem to work in his father’s optician practice. The family had run a store in the old city since 1946, when it was still under Jordanian rule.

He was accepted to study optometry at Tel Aviv University. This was a huge leap as he didn’t know any Hebrew (the Arab schools in Jerusalem did not teach Hebrew at that time.) It was while he was at university that he began thinking about deep issues. He acknowledged that there was an attraction to the spiritual world and therefore concluded that if this desire existed in mankind, there must be something out there to fulfil it. He assumed there was some scientific explanation that we would one day discover. He was also disenchanted with the Palestinian nationalistic movement that in his opinion put the issue of the land so high like a god, that it sacrificed people. He called it ‘Land worship’. “All the time, the land, the land. Pour your blood and redeem it with your blood.” He believed there needed to be a shift in thinking that put the people before the land.   “It is so stupid,” he expressed, “the earth kills generation after generation – since the time of Jesus there have been 26 different rulers over Jerusalem.”

In 1995, he had a powerful dream about Jesus. He saw himself walking with Jesus and his disciples. They were going into rooms that had dirt floors, healing people. Then, he sat with the disciples listening to Jesus teach them. The dream was so vivid, so real that he couldn’t stop thinking about it all through the next day and pondered about the things Jesus had said. The next night he had the dream again and it continued for two weeks. “Every night I was dreaming of Him, all night through,” Bassam said. “Going with Him and His disciples everywhere. ... and all day through, I couldn’t get His words out of my mind.”  After two weeks, he said to Jesus, “I know you are there, I know you are real so I give my life to you.”


After this amazing encounter with Jesus, he wrestled with his deep-rooted prejudice against  the Jewish people. Bassam’s father was 34 years old during the war of Independence in 1948 and lived through these turbulent events - fighting in the Jordanian army against the Jews. He would often speak negatively about Israel. Bassam became aware that he had grown up with an understanding of the situation from one side only and would judge his own experiences through this unidirectional lens. As he grew closer to Jesus, he began to wrestle with how he felt and asked the Lord to change his heart.

He was thirsty for the things of the Kingdom and attended several different congregations to learn all that he could. While attending King of Kings Congregation in Jerusalem, he heard Pastor Wayne Hilsden teach about God’s heart for the Jewish people from the book of Romans, chapters 9-11 and God began to do a work of healing in his heart.

For the first two years of coming to faith, Bassam spent hours and hours listening, checking... studying, checking – he was taking it all in, putting it before the Lord. He began evangelising in the old city and saw many young people coming to faith. They experienced miracles and healing as young people were freed from drug addiction. It was during this time, that the Lord called Bassam into ministry and he has been involved in pastoral ministry ever since.

Bassam has written 14 books and booklets in Arabic. He writes blogs on Biblical apologetics and runs Facebook pages in Arabic where he and a team respond to thousands of comments and questions about faith in Jesus from all over the Arabic world. “The world has questions,” he says, “and the Bible has answers.”

“I see a lot of confusion to be honest with you. In the church, in the land. Most of us are carrying the same narrative we learned from our fathers. We are not trying to look at the other side: The Israel narrative/ the Jewish narrative. We still carry a lot of old ideas and that was the problem I wrestled with. Then, the Lord showed me clearly that nationality is... not something I just take from my old life, the word of God says whoever is in Christ is a new creation and all old things have passed away – it includes our nationality. We have to come to the Lord and ask Him, receive from Him what He wants to teach us about our nationality, about my people. We have to receive new love for our nation – our old love doesn’t work. If we don’t have the right love, we cannot serve our nation. Just our carnal, soulish love. It’s a process, it’s not easy to come through the process – to identify with both nations. I am with both – I love both. People in the world don’t understand this. If I stand in Jaffa street [in Jerusalem] and say, ‘I love Palestinians’ – every Jew will think ‘ah, he hates Jews’ or if I stand in the middle of Ramallah [West Bank] and say, ‘I love Jews’, every listener will assume ‘ah, he hates Arabs’. It’s like, either you love this or you love the other. If you love your nation with a carnal love, in the flesh, yes, you will hate the other side or despise the other side. But if you have the right love – you have to love both because then you will see both from God’s eyes.

“I believe God raised the Jewish state in the land… That’s what the Lord spoke to me in the late 90s. I didn’t understand God’s covenant with the Jewish people but I took it very simply – God has authority over the land, it is His land and He gives it to whomever He wants and he gave it to the Jews to have their state here. Period. He has the authority and it is his land.”

“Pray that the Lord will guard our hearts from any bitterness or hatred with all that we see in the Middle East happening to Christians in many countries like Syria or Egypt or other countries.

“Pray for us to have God’s vision for the land and for His purposes. To put the Kingdom of God first. Europe has social justice but the church is almost dead. We want the Kingdom of God to go forth and that is our focus – that is the focus of our prayer.”


PRAY FOR THE 0.2% - FOR BOTH ARAB AND JEWISH FOLLOWERS OF JESUS

PRAY: For the Palestinian Christians that they will know their true identity as sons and daughters of God. Pray for healing of hearts and generational wounds. Pray for new vision and understanding about God's plans for their people and for the Jewish people. Pray for love to overcome. Pray for opportunities to build God's kingdom and for hearts to be transformed with His love. Pray into the new thing God is doing in this new generation.

PRAY: That the Kingdom of God will grow in Israel