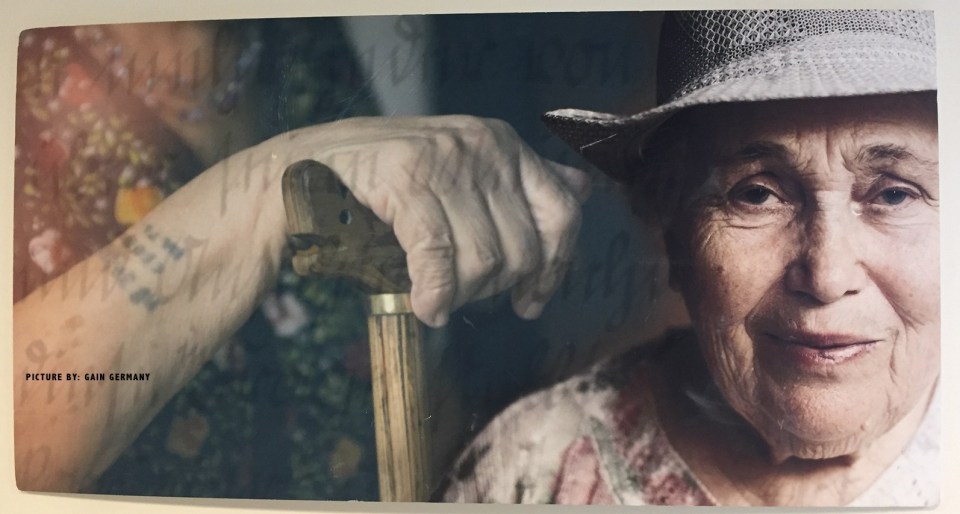 By Hannah Russell of Inspire-Truth (Published May 2nd, 2019)

1933: Franklin D. Roosevelt is elected President of the United States; Monopoly, the board game, is invented; Charles Kingsford Smith flies the first commercial flight between Australia and New Zealand; construction on the Golden Gate Bridge begins. This year brought significant changes into our world, but there was one particular event that changed the course of history forever, Adolf Hitler being appointed chancellor of Germany!

Following Hitler’s rise to power, the next twelve years were filled with oppression and anti-semitism. More than 17 million people became victims of Germany’s persecution, as a result of ethnic cleansing due to Hilter’s belief in the ‘perfect race.‘ Stolen from their homes and forced to live their lives enslaved and tortured, eleven million people met their fate, six million of those being Jewish.

Today, on May 2nd, Israel remembers the events of the Holocaust and the people who died under Hitler’s regime. Radios play low-key songs, televisions only broadcast Holocaust-related movies, flags are lowered to half-mast, and a siren goes off at 10am for two minutes of silence. There’s nothing more moving than watching the world around you stop; drivers get out of their cars, and Israelis around the country stand up and remember the lives we lost between 1941-1945. But, what about the survivors who are still alive, where are they today?

Last week, I had the chance to sit down with the founders of Helping Hand Coalition, an Israeli based organization, who have made it their mission to find the survivors and aid them in any way they can. In Israel, today, there are about 180,000 survivors, though that number continues to plummet.

Twelve years ago, Andrzej Gasiorowski, along with his wife Bozena, premiered a film called Chai (Life), in Israel. The documentary, made in Polish, is based on the life of Holocaust survivor Isaac Goldfinger, who survived imprisonment in eleven different concentration camps during the six years of the Holocaust. (Watch the video below for a short retelling of his story)


Upon receiving Isaac’s guest list for the premiere, Andrzej invited survivors to come to the event. The survivors only request being that Andrzej would pay for the bus fare. Considering that bus tickets were about 10 shekels at the time, Andrzej was shocked by this request and soon learned that more than 70,000 Holocaust survivors in Israel are living under the poverty line. Determined to do something to change this, Andrzej spoke to the Jerusalem Post who later wrote an article about the survivors’ current living conditions (Click here to read the article). However, Andrzej knew that there was more that could be done.

With the help of his family and friends, money was raised to provide survivors with supplies for the upcoming Passover. Understandably, when they began knocking on the doors of survivors, they were met with distrust and caution; but, that didn’t deter Andrzej and his friends; instead, Helping Hand Coalition was born.

Learning how alone the survivors were, Helping Hand Coalition began putting on events where groups from around the world could come and spend time with survivors. Throughout the next five years, relationships were formed, and the survivors began to trust and enjoy life again. Booking banquet halls and restaurants, dinners were hosted for the survivors to come, eat, drink and dance. However, more than showing the survivors that they had not been forgotten, Helping Hand wanted to show them that the God of Abraham, Isaac, and Jacob was real and that the families of those who persecuted them wished to repent for their ancestors’ mistreatment.

As I spoke to Bozena, she relayed an event where families of SS officers came to ask a group of survivors for forgiveness. When the families were introduced, she told me, “It was so silent you could’ve heard a fly buzz around the room.” This silence continued throughout the meal, but soon after the music started, and people began to dance, the ice seemed to melt. One survivor exclaimed to Bozena that he never thought he would find himself dancing with a German woman.

According to Bozena, the best part about working with the survivors has been the changes she’s witnessed. For her, there is nothing better than seeing a survivor smile. Andrzej, agreeing with Bozena’s statement, added that hearing the survivors come back to God and pray was extremely rewarding as well. Their message to those reading this is that we need to know our past so that we won’t let it happen again and that time is short, so we need to cherish and embrace the survivors while they are still with us.

Helping Hand Coalition is determined to continue their work until the last survivor’s candle is lit; however, this work cannot be done alone. Partnering with ministries around the world and with the Israeli government, Helping Hand Coalition needs your help too! With donations and a volunteer program, you too can be a part of showing love towards those who have lived through one of the darkest events in history.

You can donate here - note your gift is for Holocaust Survivors

In the coming years, HHC is looking to build a bridge to Christian communities around the world, stand up against anti-semitism and help the underprivileged (not just Holocaust survivors).

I had the honour of assisting in a medical clinic that took place in January of this year where hundreds of survivors received reading glasses, wheelchairs, canes, and walkers. It was an emotional couple of days for me as I spoke to some of the survivors and their families, though most of them only spoke Russian or Hebrew. Two of the most touching parts about being in their presence was seeing their strength and kindness. When I went to assist a group of survivors in loading their new belongings onto the bus, the men refused to let me carry anything! Watching these 80+-year-olds carry wheelchairs, boxes, and everything else they’d gotten, their number tattoos in full view, made my eyes fill up with tears. They’ve been through so much, yet their strength has not been broken.

At the end of this event, we took a handful of wheelchairs and walkers to a local special needs school in Karmiel. The smiles on the kids’ faces when we placed them into their new chairs brought on another waterworks moment. There is such joy in giving to those who are in need; the couple of days I helped at this clinic was eye-opening and inspiring.


Helping Hand Coalition is currently serving in seventy towns and cities across Israel and has over fifty projects at work. Their goals: to bring God’s Word to those who have lost faith or have not heard the Torah before; to support people living in Israel and around the world who are in need — Immigrants, Holocaust Survivors, Senior Citizens, Underprivileged Children, Low Income Families and Victims of Terror — and reminding people that though we should always remember the Holocaust there are still living people who have experienced these events first-hand who need our help and love.

Each week, Shalom Houses are hosted for survivors in Israel, to connect them with those who have a heart for the people of Israel. The testimonies told after attending one of these events, hosted by HHC, are always heart-warming and moving. I will never forget the time I spent with the survivors and look forward to more instances where I can participate in helping those who thwarted Hitler’s plan to wipe out the Jewish people!

So, on this Yom HaShoah, Holocaust Remembrance Day, let’s come together to support the work of an organisation that is reaching out to Holocaust survivors on a daily basis. If you’re interested in becoming a volunteer or experiencing one of HHC’s upcoming events, click on the links below to connect with this organisation. Kindness goes a long way; it may be a simple gesture to us, but to the recipients, it means the world.

Let’s never forget what happened during the Holocaust, but also remember those who are still alive to tell the tale.


DONATE (Note your gift is for Holocaust Survivors)

EMAIL US Contact us for info about volunteering in Israel