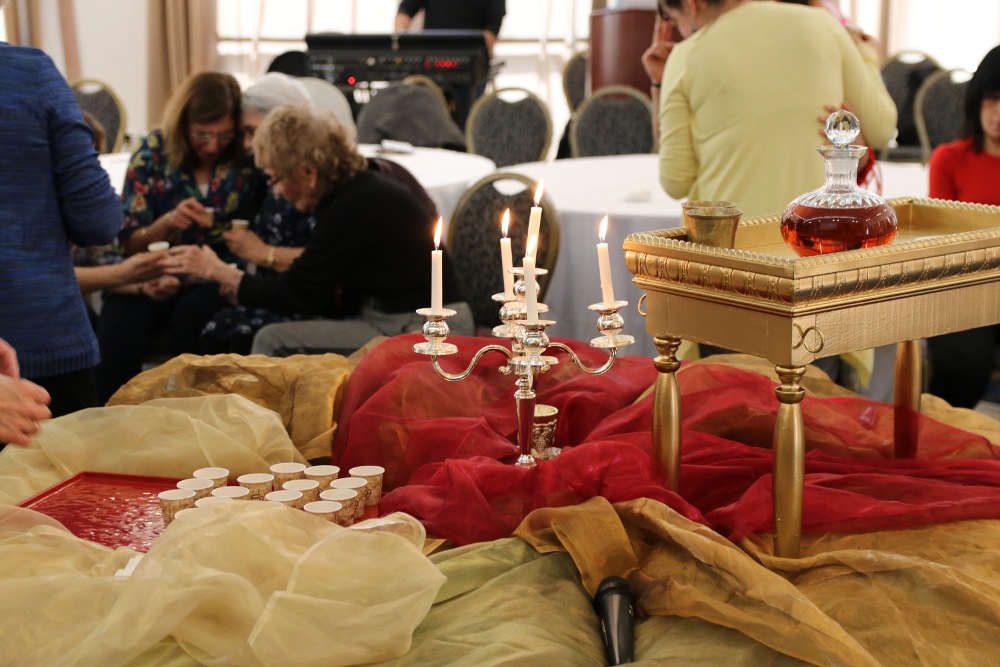 Inspired by the biblical warrior-prophet Deborah, who described herself as a ‘mother in Israel’ who would bring peace back to the streets of ancient Israel, an incredible group of influential women leaders ‘spiritual mothers’ in the land came together for a very special kairos gathering.

Hosted by Rania of House of Prayer and Exploits and Chaya of Dugit Ministries, ‘The Deborah Clan Women’s Gathering’, brought together Jewish and Arab Believers, ‘spiritual mothers’ who were determined to discover together how God would use their different people groups to bring about His purposes in the land. Undeterred, these women were intent on breaking through political and cultural expectations to see how together they could be a mighty force for the Kingdom of God. 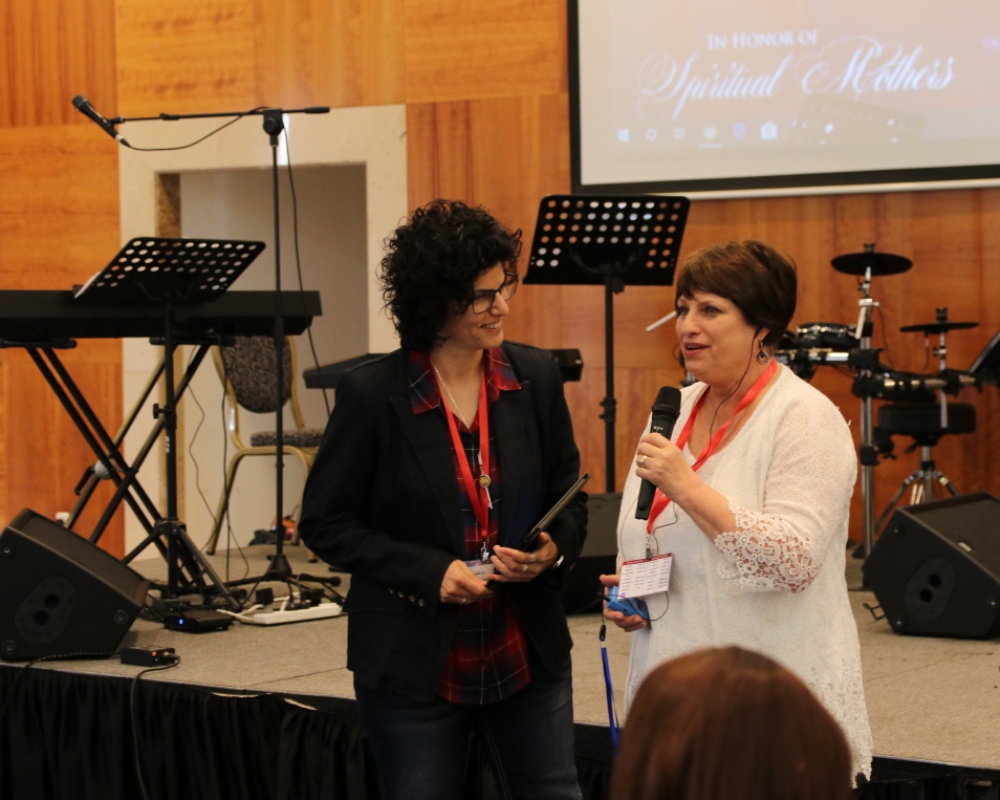 “It was a great breakthrough as we experienced a deep heart connection and unity between the Jewish and Arab [spiritual] mothers that attended,” shared Rania. “We had 21 Jewish mothers attending and 24 Arab mothers that attended as well as a few young women. In total, we were around 52 women. The Arab & Jewish spiritual mothers that attended are in various leadership roles and have great influence in the land of Israel. We felt that the Lord called us to get together for such a time as this, to birth all that is on the Father's heart for both people. We have seen the Lord birth “a voice” in the women, both Arab and Jewish, through the empowering of the Holy Spirit. He has also caused a corporate authority to form with deep heart connection and oneness.

“One of the beautiful things at the gathering was that both the Jewish and Arab identities had plenty of room for expression. No ‘side’ felt like they had to give themselves away in order to connect, but the love of God was flowing deeply in our hearts and was expressed openly in freedom. The deep heart connection created an atmosphere of a spiritual safe womb where the Holy Spirit was welcomed to overshadow the women and deposit a seed in their hearts. He also birthed all He desired through our voices released as Deborahs.” 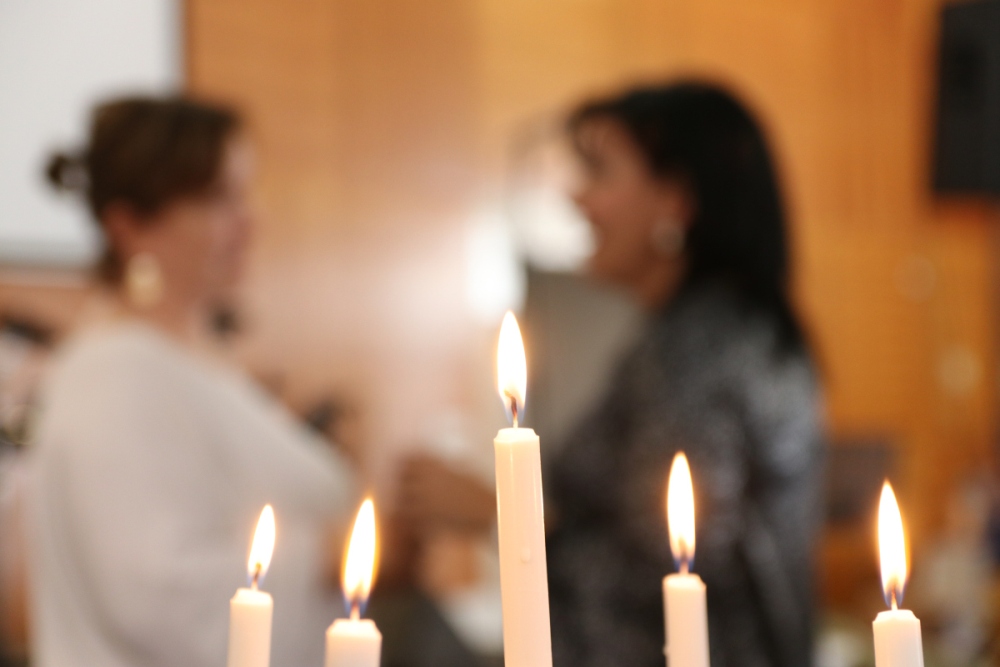 There were many unforgettable moments, one highlight was when Rania (an Arab Christian) and Orna (a Messianic Jewish Believer) shared about the deep work that God has done to transform both their heart-attitudes towards the other. Jew to Arab, and Arab to Jew. Orna shared about her journey walking out the biblical story of Ruth & Naomi with a small group of Arab and Gentile women. During this journey, the Lord transformed her heart and she began to view the “identity of Israel” from being a widow to becoming a mother. Orna shared her experience of heart-change toward the Arab people and how she fell in love with the Arab culture.

Rania shared her own story of heart-change towards the Jewish people and how the Lord took her on a journey of transformation and healing.

The safe and loving atmosphere that was created through Orna and Rania sharing about their love for each other’s people groups, prepared the way for a beautiful prophetic act that was inspired by the book of Ruth. 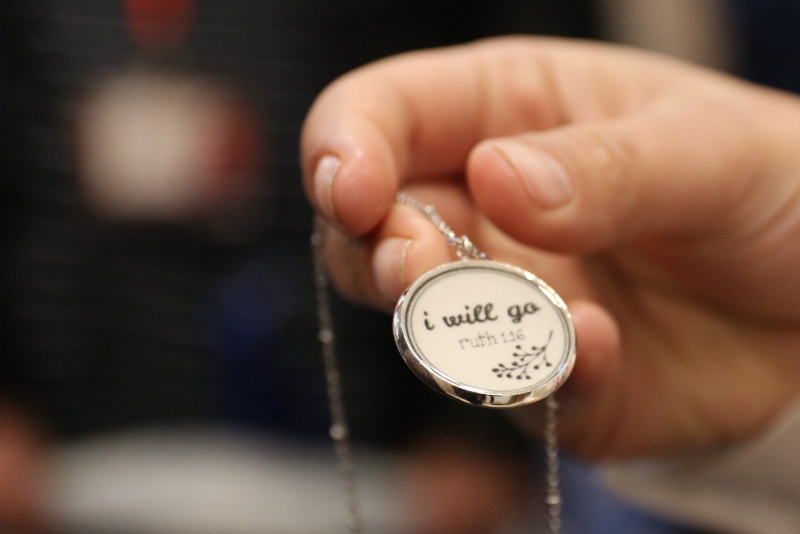 Rania had the Arab women stand on one side, while the Jewish women stood facing the Arab women on the opposite side. The Arab women had prepared necklaces, which had the words from Ruth 1:16 written on them: “Don’t urge me to leave you or to turn back from you. Where you go, I will go, and where you stay, I will stay. Your people will be my people and your God my God.” On the other side, the Jewish sisters had prepared decorative scarves as a gift for their Arab sisters.

The Jewish mothers began declaring the words that Boaz said to Ruth, “The LORD repay your work, and a full reward be given you by the LORD God of Israel, under whose wings you have come for refuge.” (Ruth 2:12).

Chaya took the mic and spoke over the Arab sisters the desire of her heart that the Arab people would become part of their family, just as Naomi always called Ruth, “my daughter.” The Jewish women covered the Arab women with the scarves inviting them into the covenant of Israel under the protection of the God of Israel.

The Arab mothers then declared blessings over the Jewish mothers. They put the necklaces around the neck on each Jewish sister declaring to her as Ruth said to Naomi, “your people are my people, your God, my God. Where you go I will go. Where you live, I will live. Where you die, I will die.”

“This moment will be remembered in the book of history over both of our people,” shared Rania.  “Where hearts were melting and tears were flowing, we saw that God was forming His one family through the Deborahs of the land choosing to walk together in loyalty and love as Ruth and Naomi did.”

Another highlight was a time of honouring the senior Arab & Jewish spiritual mothers of the land. There was a deep appreciation and thanksgiving expressed to each senior mother who has gone before as a forerunner and prepared the way for this generation. The elder women were so touched and moved by this surprise. Rania shared, “The moment of honouring them and acknowledging their labour of love was like a kiss from heaven that filled our hearts with love for each other. In this honouring ceremony, we presented to each mother, from both Arab and Jewish, a beautiful necklace that had a picture of the tree of life in it.”

The single greatest highlight to me was the love act of declaring Ruth scriptures with the necklaces and scarf coverings. Its power seemed to come from Holy Spirit generated genuine love without anyone artificially trying to be “prophetic.” It was beautiful and very deep, heart to heart.

There was a sense of empowerment of women’s voices and influence resulting from being together in unity. The unity flowed from genuine humility. This too was beautiful.

As a result, I perceived a release of the expression of the feminine side of God, which has been sadly lacking in some ways in this country.

The unique atmosphere of love was palpable. This was due partly to the strong international intercession, the careful selection of participants, the love that flowed among the leadership team members for each other, and of course, to God’s grace.

On Thursday and Friday of last week, I had the honour of attending a “Deborah’ Clan” gathering in a lovely hotel on the top of Mt. Precipice in Nazareth.  The purpose was to call together Arab and Jewish “mothers in Israel.”  Those of us invited to attend were about 25 Arab and 20 Jewish women, all in positions of leadership, multiple generations coming together from the north to the south of Israel.

I have attended a number of Jewish/Arab women’s gatherings, but this was by far the most natural, unforced, prophetic.  At one point, the Jewish women honoured our Arab sisters by speaking over them the words, which were spoken in ancient times over the Gentile Ruth:  “The LORD repay your work, and a full reward be given you by the LORD God of Israel, under whose wings you have come for refuge.” (Ruth 2:12).  The Arab mothers then spoke over the Jewish mothers:  “Wherever you go, I will go; and wherever you lodge, I will lodge; Your people shall be my people, and your God, my God.” (Ruth 1:16)

The result was a clear realization that no matter our age, we are the current ‘mothers’ in Israel, we have a voice and God is at this time calling forth that voice to be heard. There were prayer and declaration towards this goal, all done in great humility, while at the same time honouring our brothers, the men whom God has set in leadership here. We sensed the importance of each needing the other in order to accomplish God’s purposes in the land. We left feeling greatly encouraged and empowered.  I am so thankful to have had the privilege of being a part of this!
________________________________________

My experience at Deborah's Clan was wonderful. The flow of the Spirit, which brought such unity among us as with all our different backgrounds, was amazing. There was so much love and acceptance, even among those who had never met before.

But I feel like one of the main things God accomplished was the raising of awareness of the ‘mothers’ that He has been preparing from both sides, so that we can walk together and mother this  land together. We became very aware that none of us can fully mother without the others and that we need to carry this mantle together. It was so clear that God does not want us to do this alone, each one in her own sphere, but to carry the land together for the completion of the birthing of His purposes.

In the short time we had together, we saw the Lord tear down the remaining wall of separation between us, so we can walk together in full freedom, carrying each other in our hearts.


Your People My People is so excited and encouraged by all God is doing uniting and raising up these women as a prophetic voice in the land of Israel.

DONATE HERE to support this work.