You Are Worthy of it All! 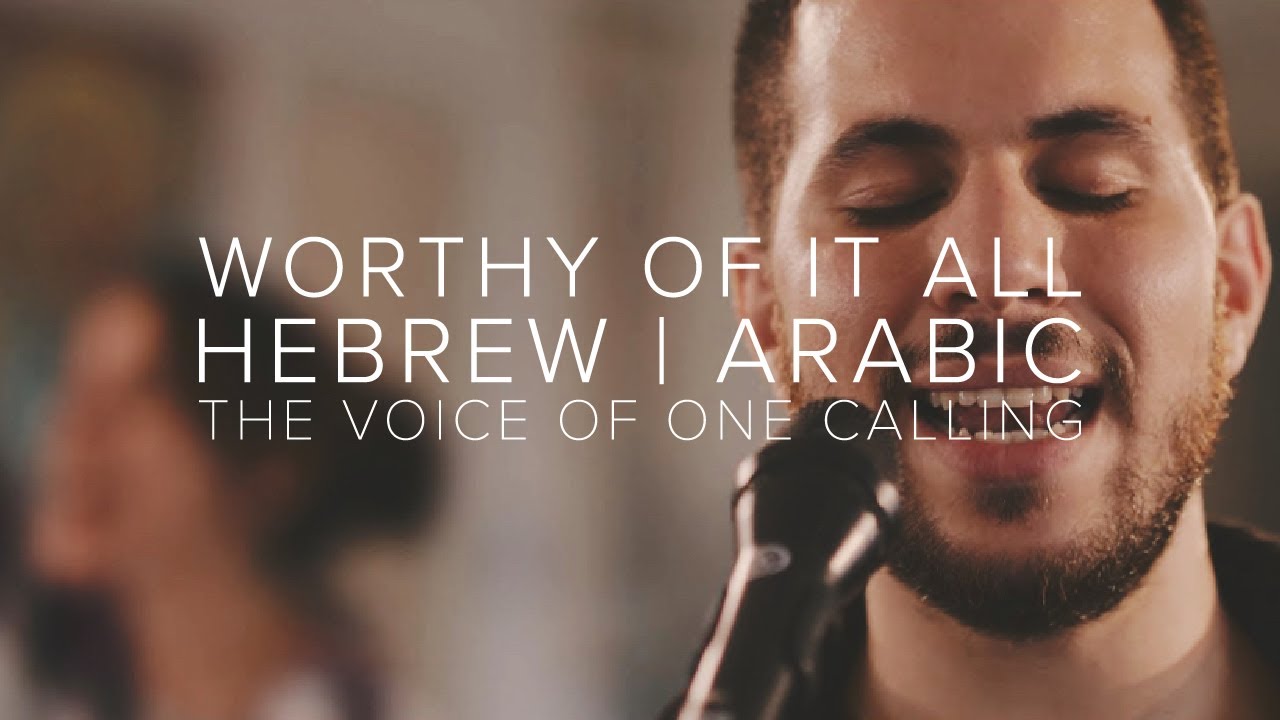 SCROLL DOWN FOR THE VIDEO

Dor Haba, a youth focused prayer and worship ministry based in Jerusalem, have just released a beautiful Hebrew and Arabic version of the David Brymer song 'Worthy of it All.'

The video was filmed at Succat Hallel 24/7 House of Prayer and shows young Arab and Jewish believers worshipping together in the House of Prayer overlooking the Old City of Jerusalem, Israel.

The Hebrew and Arabic words flow backwards and forwards as the young people release their worship over the Middle East as incense before God's throne.

"We pray this will be a testimony of the reconciliation, healing, unity and peace that only the blood of Jesus can bring to Jewish and Arab people in Israel and the Middle East" declared Dor Haba ministry.

The song translated into Hebrew and Arabic was first sung by a youth worship team at the ELAV youth conference in 2016. The following year, another mixed Jewish and Arab teenage worship team sang it at the Dor Haba/Jil Sa'ad youth camp. It quickly became a symbolic song of the growing unity between young Arab and Jewish followers of Jesus and of their desire to press into prayer together, believing for His Kingdom to come in their region and among their people.

"This song has a special place in the hearts of Arab and Jewish believers in Israel, especially those who have been sowing into 24/7 worship and prayer." shared Tal, one of the leaders of Dor Haba.

This latest recording joins a collection of songs under the umbrella of Dor Haba's The Voice of One Calling project. The music is a prophetic joining of Hebrew and Arabic voices in unified worship and adoration, preparing the way for Jesus (Yeshua/Yesua), the coming King!

The Voice of One Calling is an inspirational collective of young Messianic Jewish and Arab singers, songwriters and musicians who serve in the Dor Haba youth ministry and Succat Hallel 24/7 House of Prayer in Jerusalem. The music is produced by Tal Bethany Rosenfeld.

This video is so full of hope and we join with them in praying for God's heavenly reconciliation, healing, unity and peace to flow from the throne room of heaven over these sons and daughters of Abraham and into the homes and communities of this region!

Be blessed as you watch the video!

The words in English:

All is for you, Yeshua (Jesus)
Yes all of this is unto You!

Your People My People helps support the work of Dor Haba in Jerusalem. If you would like to join us click here DONATE
Email Post
Labels: #hopefortheMiddleEast Dor Haba Jewish & Arab Believers Jewish Arab Unity Middle East Next Generation Pray for the Peace of Jerusalem Praying for Israel worship Your People My People YPMP