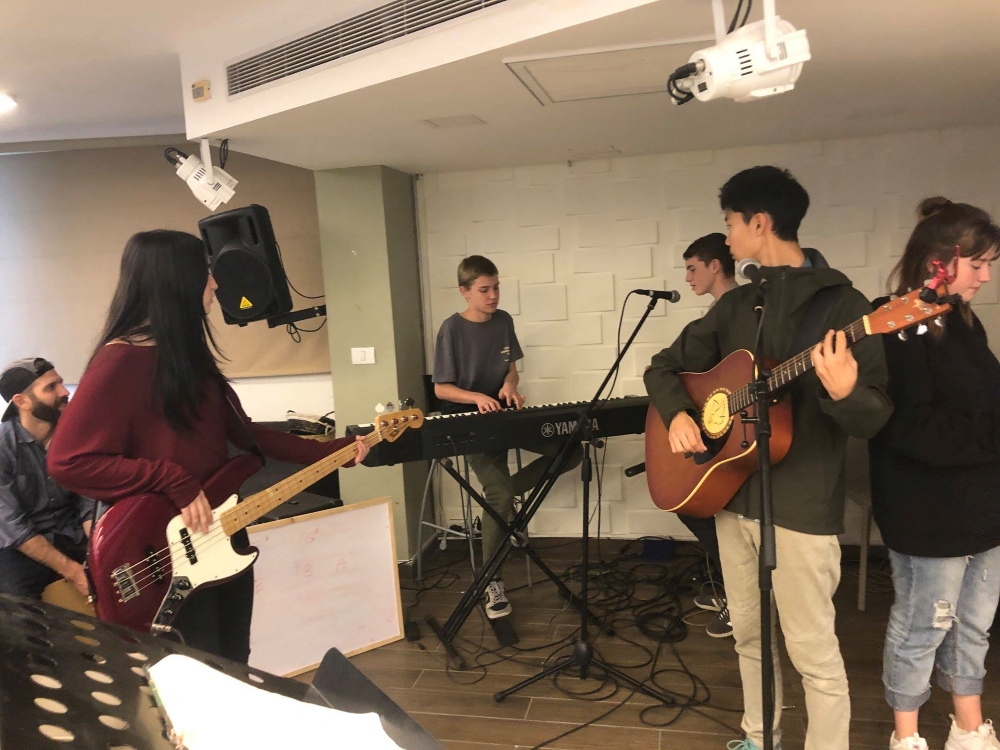 A REPORT FROM TAL, DIRECTOR OF DOR HABA

"The Israeli government decided just a few days ago to limit gatherings to 20 people. Sadly, this means we need to cancel the Dor Haba Camp as we had planned it.

When daily COVID-19 cases began to increase again here in Israel a few weeks ago, we decided to restructure. We split the camp into three smaller camps of 50 people each and began planning in that direction.

The idea was that these smaller camps would happen one after the other. The limit on gatherings was at that time, 50 people.

We opened registration last month. Within a little over a week, 120 Arab and Jewish teenagers registered with more on the waiting list.  Some of them who are on fire for God and know Yeshua. Some come from believing homes but are questioning their faith. Some are not walking with Him. There are several registered from Muslim or Jewish families who aren’t Believers but their parents signed permission for them to come. 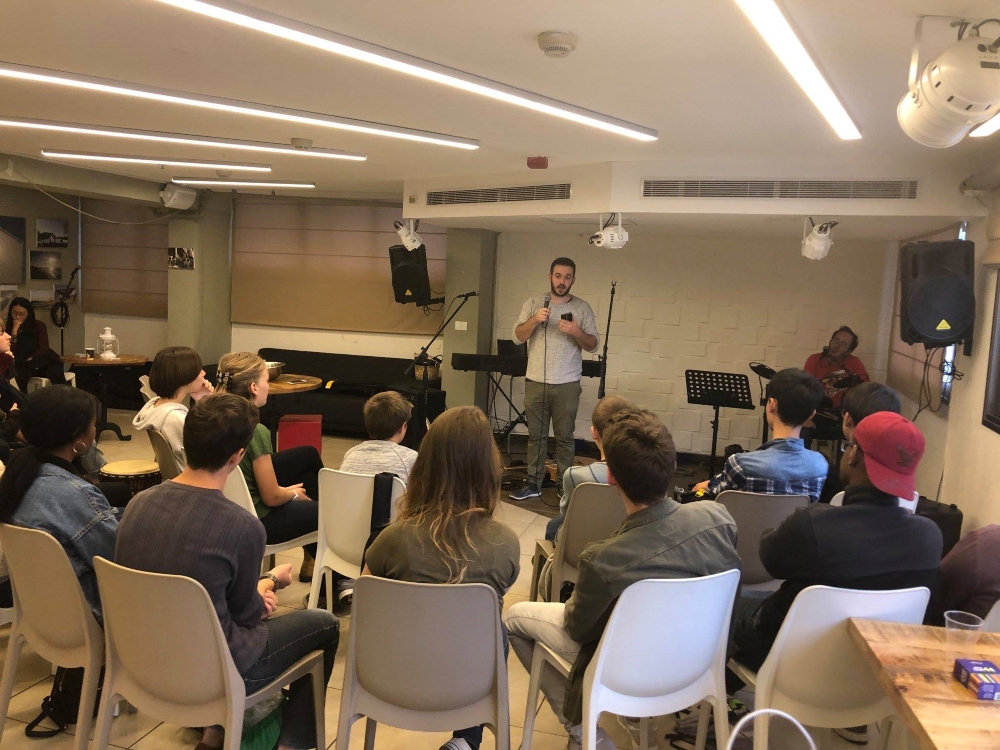 We had teachers and small group leaders all lined up to help, as well as several who were to share powerful testimonies. We planned to have baptisms in the pool for youth who wanted to give their lives to Yeshua (Jesus), with signed parental permission for that possibility.

All these plans came abruptly to a halt.  Having said all this, we are not losing hope even after having to cancel. Why? Because the vision of Dor Haba is not ‘to have a camp with 100 to 200 teenagers every summer’.

No, the vision is, ‘to encourage Arab and Jewish youth to go deeper in their relationship with Yeshua. And from that place of intimacy with Him, to go out with boldness, collaborating on creative projects together, and impacting the world with the light and love of Yeshua.’

Only by Yeshua’s blood is that wall of enmity between them broken down. That’s the vision, and it doesn’t depend on our ability to have a big camp. It can take any shape or form that our Abba father wants it to take. 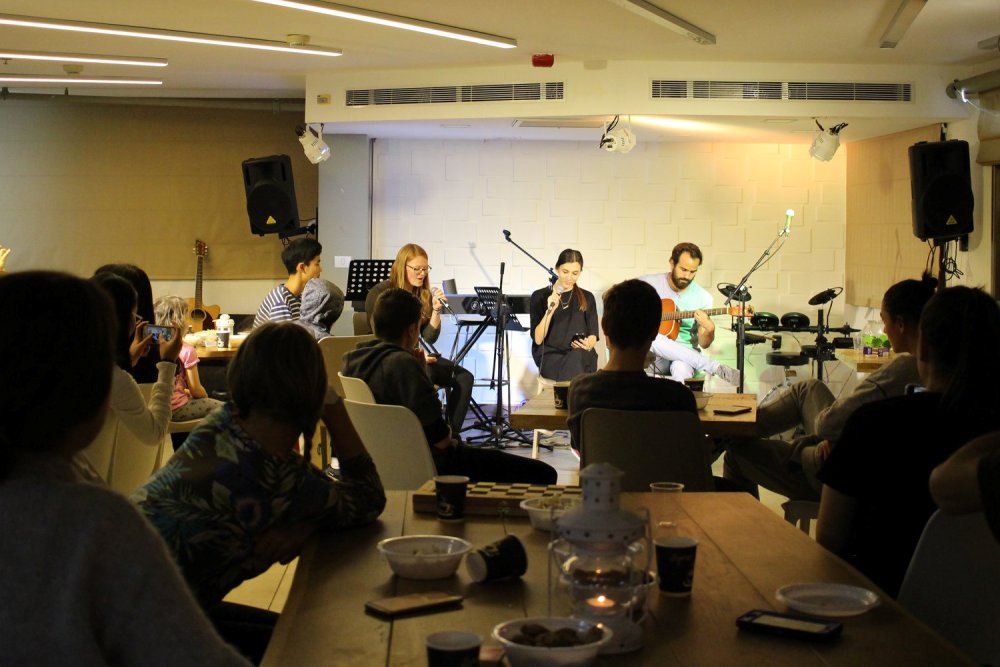 
We’ve begun talking with local youth pastors and pastors all over Israel and the West Bank about arranging some Dor Haba day trips to various cities and congregations throughout the summer, to encourage the youth in their home cities.

The idea is to teach about intimacy with Yeshua. It’s to encourage them to develop a lifestyle of worship and prayer, drawing from God’s word. We’d also like to work on creative media and art projects with them.

In Tel Aviv, there’s the possibility of doing a music, dance, and drama outreach in one of the main squares. In the North, and in Jerusalem, there are Arab and Jewish Messianic congregations in close proximity to each other. So there’s the possibility of bringing six or so from each congregation together to write worship songs and record them together.

Let’s pray they walk in their true calling to be a light in this world for Yeshua, and that nothing political or circumstantial would get in the way of that. Right now, the West Bank (Judea and Samaria) are on a three-week lockdown because of COVID-19. Israel’s Corona numbers are rising dramatically, regulations are increasing, and the political situation is very tense. If there ever was a time for them (and us!) to fix our eyes on Yeshua, it’s now!

Thank you for keeping this new direction for Dor Haba this summer in your prayers.  Pray for our team as we travel to various cities and congregations. It’s something we’d like to keep up and do more regularly also throughout the next school year.


You may be wondering how things are going in the prayer room (Succat Hallel). Even in this challenging season, the kids and youth “worship watches” are still taking place.

What a blessing that so many young Israelis have been so drawn to the House of Prayer over the past decade. Many international volunteers have had to leave recently because of COVID-19. Yet these young local ones are now volunteering to cover even more than 10 hours a week to keep the fire of prayer and worship burning on the altar. He is raising up the younger generation of worshippers and prayer warriors. They are now stepping up to take even more responsibility in the prayer room. This is very exciting to see!" - Tal. Dor Haba

You can support the work of DOR HABA as they work with young Jewish and Arab followers of  Jesus in Israel. DONATE HERE