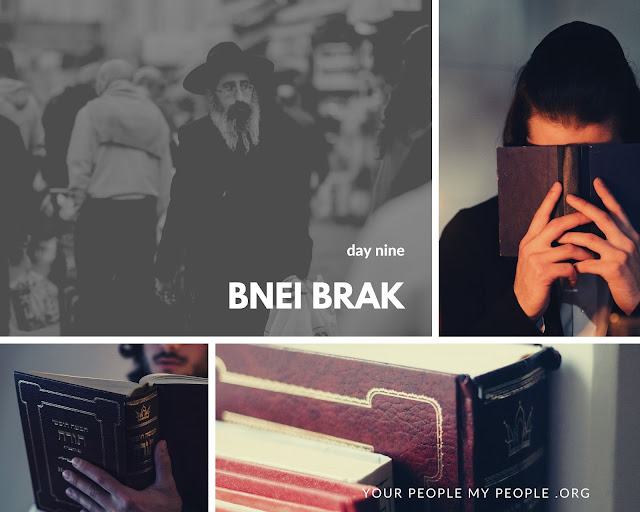 DAY NINE // Jaffa to Jerusalem - Virtually // We are in Bnei Brak today, a small city just east of Tel Aviv. It is one of the poorest and most densely populated cities in Israel. Most of the almost 205,000 residents follow various forms of Ultra-Orthodox Judaism (Haredi in Hebrew) which is characterised by strict adherence to Jewish religious law and traditions, rejecting modern values and lifestyles. You would recognise the men by their black suits and black Fedora hats. The women adhere to laws of modest dress, wearing long skirts and sleeves, high necklines and if married, some form of head-covering. As we virtually walk through Bnei Brak, let's pray for the Ultra-Orthodox Jews - that the God of Abraham, Isaac and Jacob would speak through their prayers and practises. For a Damascus road experience, where the identity of the Messiah the prophets spoke of would supernaturally be revealed to them as they study the Scriptures.