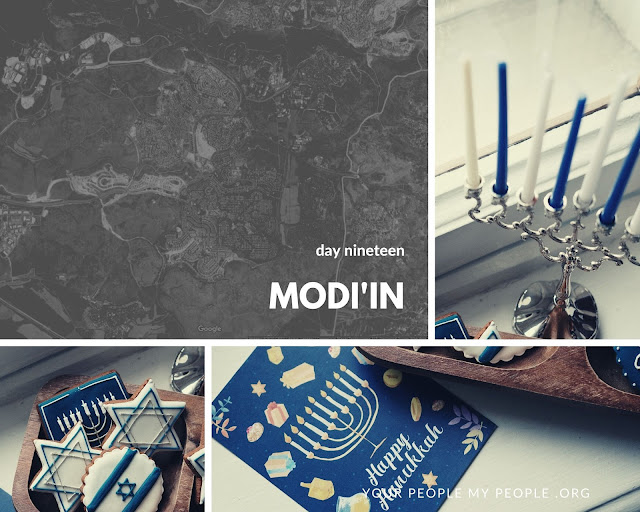 DAY NINETEEN // Jaffa to Jerusalem - Virtually // It's not Hanukkah but we are walking past the modern town of Modi'im named after an ancient village of the same name. In the time between the Old and New Testament, ancient Modi'im was the home of a High Priest called Mattathias and his five sons who became known as the Maccabees and are famous for their role in the Hannukah story. Among other things, the Maccabees overthrew their oppressive rulers who had desecrated the Temple in Jerusalem and cleansed and re-dedicated it back to for worship of the one true God. Hanukah is celebrated in December.