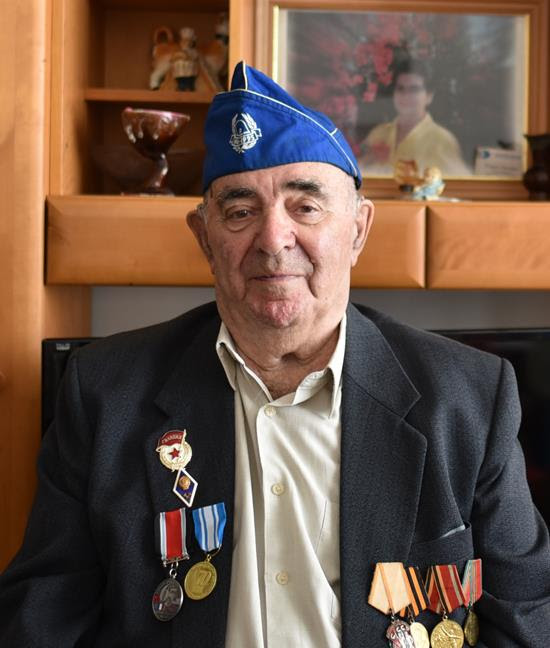 FROM THE “FACES OF THE SURVIVORS SERIES” BY HELPING HAND COALITION

"We met David in his apartment, his voice is filled with warmth. Even though his living situation is tough, he never complains. His story is his journey - fleeing danger, overcoming tragedy, and surviving against all odds, a story he shared with us while wearing his uniform and medals, all the while his eyes are filled with love and pride in his accomplishments.

David Fleitman was born into a Jewish family, a family of musicians in 1924, in the Jewish town of Slavuta, Khmelnytskyi, modern day Ukraine. His father was a professional musician who studied at the music conservatory in Leipzig, Germany. When darkness invaded Europe in 1939, Soviet troops stormed into Poland, near their home and occupied the land while the war raged.

In June 1941, during the war with Germany, teenage David and his friends went to play on the hill and saw that the neighbouring city of Ostrog was under attack. Afraid that the fighting would quickly reach them, David ran home and told his parents that the Germans were already close by. At that time, evacuated refugees were moving from Poland and western Ukraine. David’s mother saw everyone running away with whatever they could take with them and insisted that they also needed to go.

They left that night and went to the nearest train station where a lot of people had gathered. Everyone was waiting for the train to head east towards Kiev. Meanwhile, rumour had it that the Nazis had sent troops into their city back home, and they had barely escaped with their lives. We now know that not long after they left, every Jew left in their area was killed. David and his family were constantly on the run for their lives with the Nazis just at their heals. 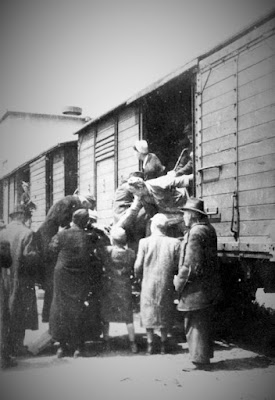 In 1942, David was drafted into the Red Army, sent to the front and served his country until he was released in 1947. During his 5-year enlistment, he fought bravely on the field, survived the deadliest sectors of fighting, and witnessed horrors during his journey of 10,000 miles across the entire Russian continent.

After the war was over, he thought he could live in peace, but he returned home to discrimination and hostility because he was Jewish.

Once back home, he graduated from school with honours, married the love of his life Zhenya, and they were blessed with a son and a daughter. His career progressed - he was promoted to foreman, and soon to the head of a construction site. But it didn’t matter how hard he worked, he and his family encountered anti-Semitism.

“Some of the children at school wouldn’t play with our children. The teachers did nothing to help. Alexander was teased and beaten up,” David recalls, thinking back to all his son endured. “He even quit violin lessons to take boxing, so he could defend himself.”

In 1961, there was a major fire where David worked, a 17.5 million ruble loss. David found himself accused of sabotage, and for three months he barely slept as he faced interrogation from the KGB’s USSR State Security Commission. “They threatened to send me to prison for ten years,” David remembers.

He found a lawyer who helped him clear his name, but the anti-semitism never stopped completely—for him or his family. He had fought alongside these countrymen in the war and earned medals for his time in the Red Army. His father, grandparents, and countless friends were sacrificed in the war, but they would never see him as equal.

By 1991, the baseless anger and hostility toward them had escalated. Messages were left written on their garage and front door that said “Jews go to Israel.”

It was time to leave and make a new home in Israel where he could be free and proud to be a Jew.

Today, he lives in central Israel in the same city as his daughter Mila, who dedicates her life to caring for survivors like her father. He lives in an apartment in desperate need of repair. His small pension allows few to none of the needed repairs, but David does his best to get by each month. One way he tries to save money is by unscrewing light bulbs in the light fixtures to save on the electric bill. His health needs attention.

When David shared his story with Helping Hand Coalition he was in need of dental care, especially to replace his lower dentures which were more than 15 years old and caused him pain every time he ate. With the love and generosity of Christians all over the world, he was able to receive the new dentures that he so badly needed.

Despite all of these hardships, David remains a very kind and optimistic person. It’s been a pleasure hearing David’s heartbreaking story and his overpowering optimism through it all. We hope you will be as inspired as we were by his story of courage and strength."

HELP US GIVE DIGNITY & SUPPORT TO ISRAEL’S LAST HOLOCAUST SURVIVORS