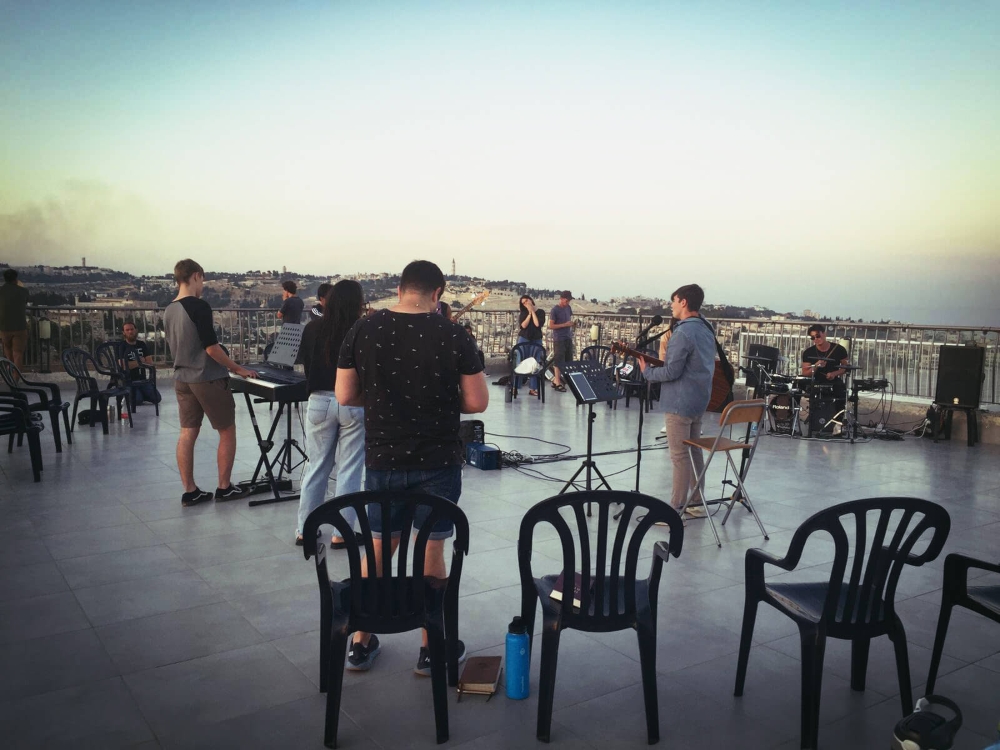 Earlier this year, tensions between Arab and Jewish communities across Israel and war with Gaza leading to loss of life on both sides, caused much grief. Dor Haba, a worship and intercession mentoring ministry in Jerusalem shares about their journey during this time and their deep felt desire to not let the strong influences from society around them cause anything to be lost from the unity and reconciliation between Jewish and Arab young people that they had worked so hard to build over the years.
Tal, the Director of Dor Haba shared with us, “As I’m sure you followed on the news, the demonstrations and riots between Arabs and Jews in Jerusalem turned into a full-scale situation as Hamas began to fire countless rockets into Israel, and Israel responded by taking out many Hamas generals and fighters, and by bombing much of their infrastructure and weapon arsenals.
“The devastation, destruction, and loss of lives that ensued was very difficult to see. I personally felt such grief over the situation. I found myself moving much slower than usual, experiencing distinct physical fatigue and emotional heaviness.
“The cry of my heart is that Yeshua would “bestow on the Palestinian and the Israeli people a crown of beauty instead of ashes, the oil of joy instead of mourning, and a garment of praise instead of a spirit of despair” (Isaiah 61:3).
“Our cry is that those who aren’t saved would come to know Yeshua’s saving power through this difficult time.
“We pray that nothing would be lost from all the Lord has done in the area of unity and reconciliation among the Jewish and Arab people who believe in Yeshua. But rather that they would gather and join together in prayer for their people at this time and receive the forgiveness and healing that only the blood of Yeshua can bring.
“At the most heated point in the situation, we gathered a small number of young people from Dor Haba and worshipped and prayed together on the roof of the Succat Hallel house of prayer in Jerusalem. It was beautiful to see Jewish and Arab teenagers pray for the Israeli and Palestinian people and for the body of Messiah in the land.

"They broke out into a spontaneous chorus in Hebrew and Arabic singing:

This song was being sung on the rooftop over the neighbourhood of Abu Tor in Jerusalem, a mixed Jewish and Arab neighbourhood that faces Mount Zion. From the rooftop we could see the Temple Mount, where riots were happening, and the Mount of Olives, where Yeshua will one day set His feet.

"After all the COVID Lockdowns, racial riots, rockets being shot, not to mention the current instability and changes in government, we need to simply look at Yeshua and not get lost in the waves, remembering what he tells us in John 16:33:

“In this world you will have trouble. But take heart! I have overcome the world.” – John 16:33