What's All The Fuss About Sufganiyot? 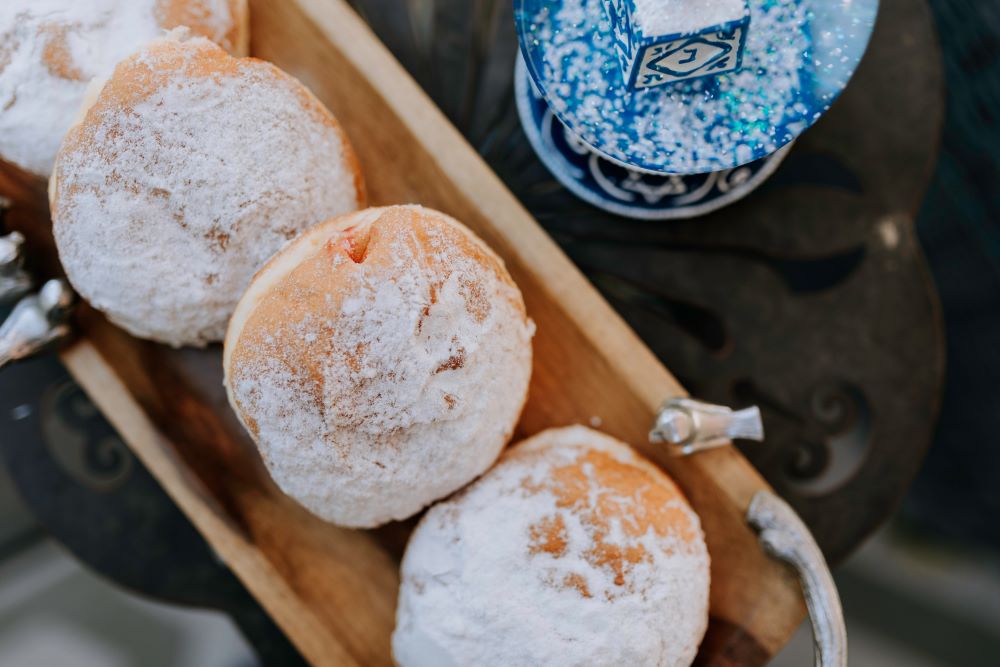 Last year, Helping Hand Coalition (one of the ministries we work with in Israel), gave out over 1,300 sufganiyot to Holocaust Survivors around Israel for the Hanukkah holiday. And once again they are gearing up to bless Holocaust Survivors with some joy and celebration  for Hanukkah this year! 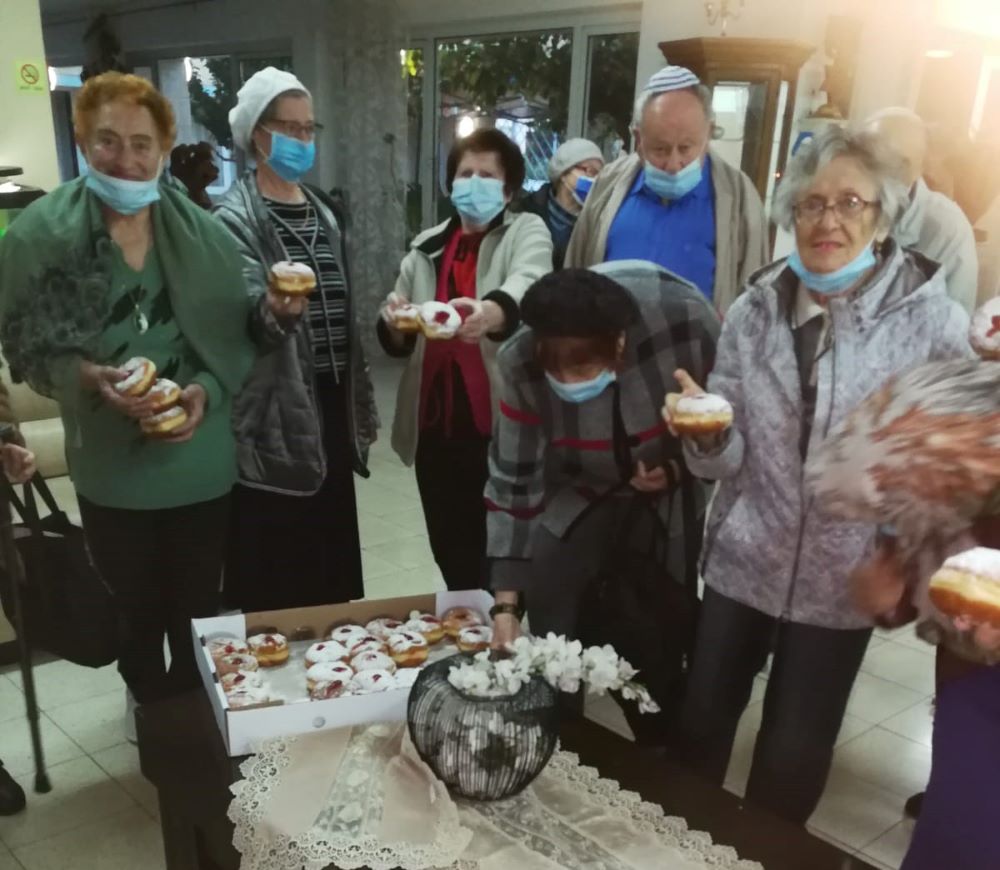 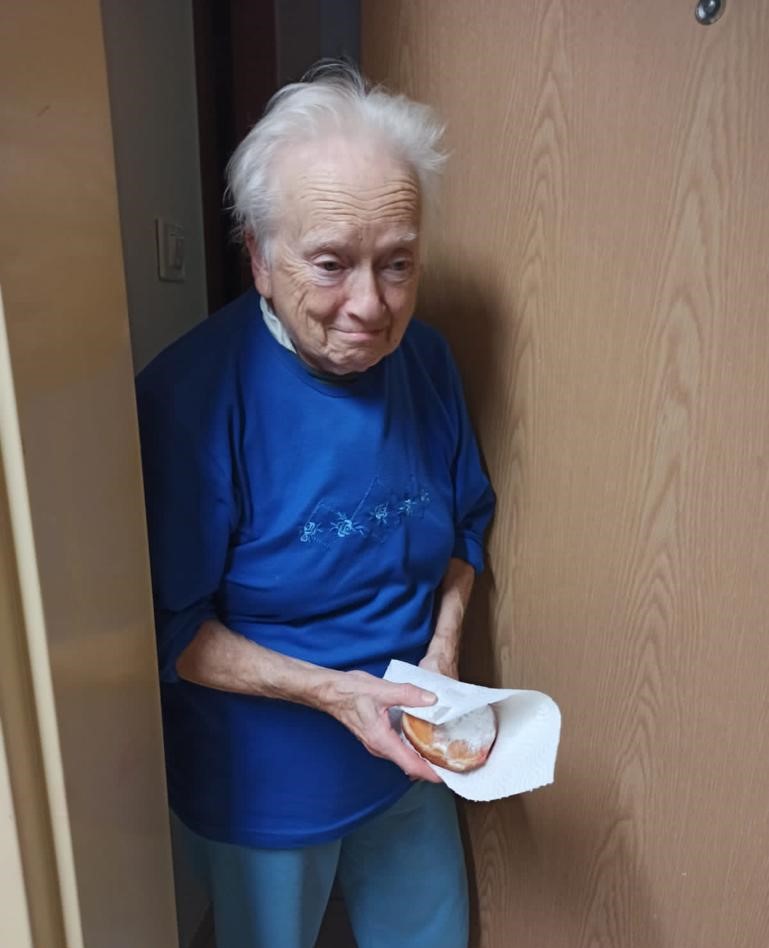 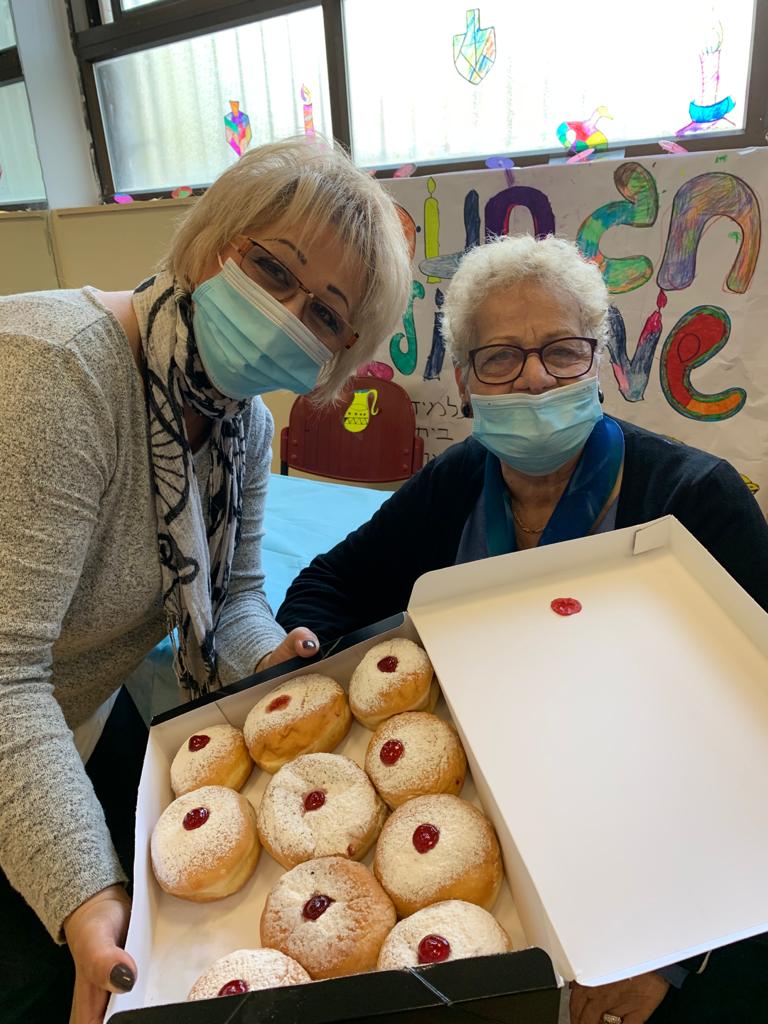 What are Sufganiyot and why are they eaten at Hanukkah?

The earliest reference to fried foods being eaten for Hanukkah are in the writings of Rabbi Maimon ben Yosef in the twelfth century. He wrote: “One must not make light of the custom of eating sofganim [fried fritters] on Hanukkah. It is a custom of the Kadmonim [the ancient ones].” It’s most likely, according to food historians, that these fritters would have been more like the sweet, syrup-coated pancakes known in Arabic as svingous, in Ladino as bimuelos and in Persia, Iraq and other Middle Eastern countries as zalabia. The plump sugar coated, jam frilled doughnut we know today is a much more recent addition to the Hanukkah tradition.

According to The Encyclopedia of Jewish Food, “In 1485, the cookbook Kuchenmeisterei (Mastery of the Kitchen) was published in Nuremberg, Germany. In 1532, it was translated into Polish as Kuchmistrzostwo. Besides serving as a resource for postmedieval central European cooking and being one of the first cookbooks to be run off Johannes Gutenberg‘s revolutionary printing press, this tome contained what was then a revolutionary recipe: the first record of a jam doughnut, “Gefüllte Krapfen.””

This earliest recorded version consisted of a small portion of jam sandwiched between two rounds of bread dough and deep fried. This popular recipe developed over the centuries across Europe and was eventually brought to Israel by Polish Jewish immigrants in the late 1800s with the tradition of eating them for Hanukkah. The sweet treat was given the Hebrew name ‘sufganiyah’ based on the Talmud’s description of a spongy dough. ‘Sufganiyot’ is the plural form like adding an ‘s’ at the end of a word in the English language.

Although several different fried foods were eaten during Hanukkah, the Sufganiyah began to reign supreme when in the late 1920s the Histadrut (the Israeli Workers Federation) decided to push the doughnut as a Hanukkah treat rather than latkes (fried potato fritters) because they were harder to make at home and therefore provided work for the bakers and those transporting and selling. Bakeries began producing these sweet delights days or even weeks before Hanukkah, stretching the employment of its workers and also raising the expectation of those wanting to consume them. This clever marketing strategy resulted in the Sufganiyah becoming by far the favourite Hanukkah treat in Israel.

Why is fried food a tradition at Hanukkah?

Hanukkah, meaning ‘dedication’ in Hebrew, recounts the history of the Jewish rebellion against the oppressive Syrian-Greek rulers who had banned Jewish worship of the One True God and desecrated the Temple in Jerusalem in 2 B.C. A revolt led by the Maccabee family, overcame the oppressors and liberated the Temple. The Temple was cleansed and rededicated to God. There is a famous legend that says that one jar of the special purified oil needed to light the Temple lampstand (Menorah) was found. Miraculously, this jar of oil lasted eight days, giving the priests enough time to prepare a new batch of the Temple oil to keep the lampstand alight. So, It is traditional to eat fried food at Hanukkah to remember this miraculous provision. A lampstand is also lit every night for eight days during the celebration. 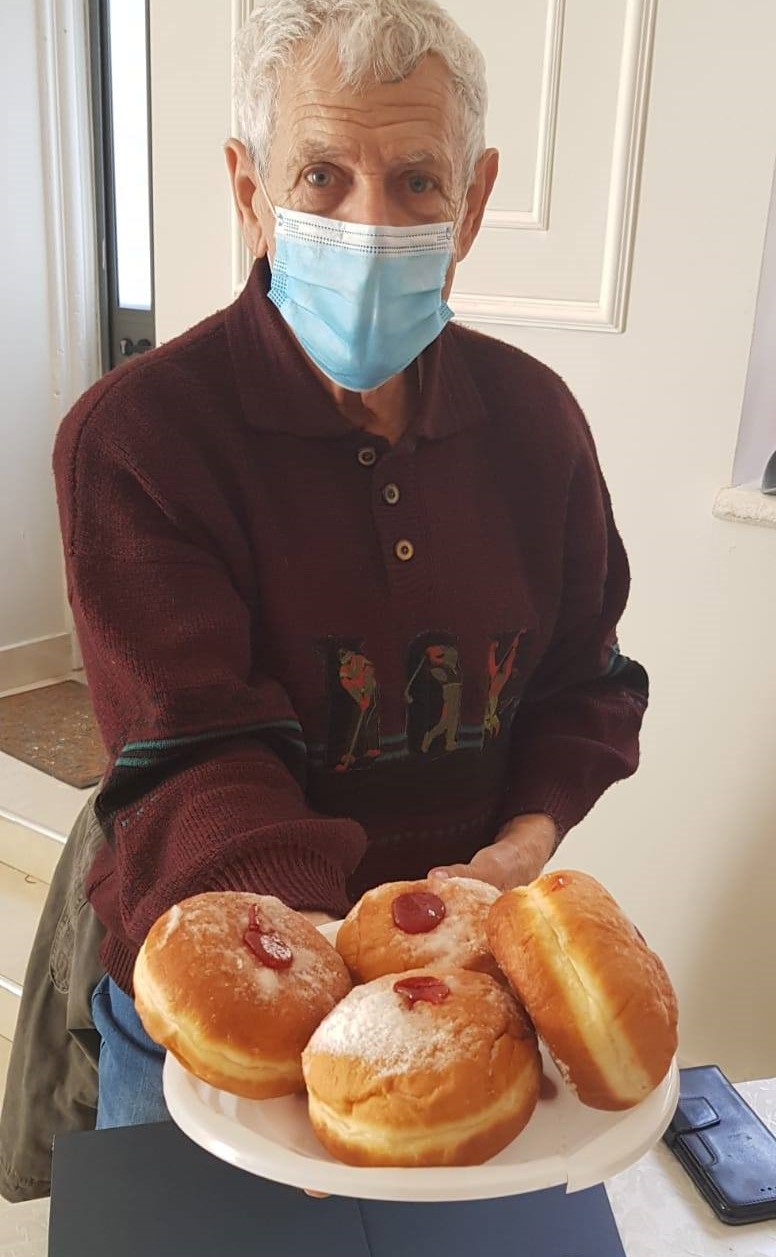 Today, you can sometimes find Sufganiyot in bakeries as early as September. According to Wikipedia: “Angel Bakeries, the largest bakery in Israel, reportedly fries up more than 25,000 sufganiyot every day during the eight-day Hanukkah festival itself... Local newspapers add to the excitement by rating the “best sufganiyah in town”.

While most Sufganiyot are filled with strawberry jam and sprinkled with icing sugar (powdered sugar), in recent years delightful combinations of dulce de leche, halva, chocolate cream, creme espresso custard and more have graced the shelves of the best bakeries.

At a whopping 400 to 600 calories for the usual 100g (3.5oz) doughnut, these sumptuous treats are not for the faint hearted! Health conscious consumers can now buy 50g (1.8oz) mini sufganiyot which also come with various toppings and filling.

Are you feeling hungry? 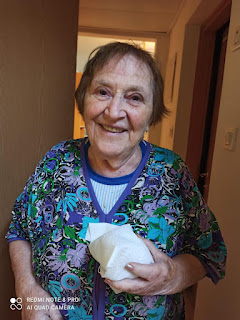 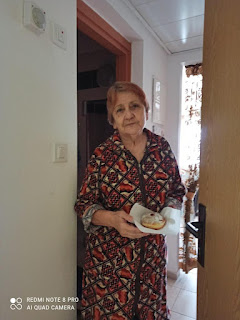