Calling the Children to pick up the Mantle 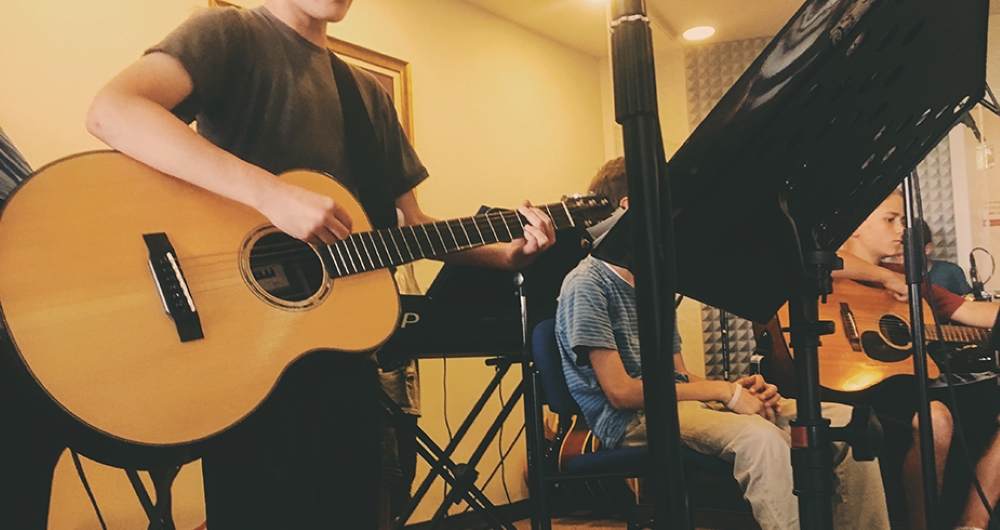 "A massive rainbow appeared outside the window of the Succat Hallel House of Prayer in Jerusalem," shared Tal, the Director of Dor Haba (Comming Generation). "It was while one of the kids’ worship teams sang the song “Way Maker” at the Dor Haba kids’ camp a few weeks ago. I believe our Heavenly Father is calling children across the globe to pick up the mantle of intercessory prayer and worship." 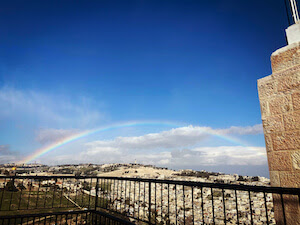 Here's what Tal shared about her experience of working with children and youth in Jerusalem as she mentors them in worship and intercession.

"He called Samuel to be a prophet when he was just a boy, He led 8-year-old King Josiah to tear down the idols and the high places in Israel, and Timothy was probably 16 years old when he began traveling with Paul.

Just like He was doing back then, God is inviting children and youth today to partner with Him for His purposes on the Earth. It’s our job to help them hear His call and pick up that mantle.

At the end of February, Arab, Jewish, and international children ages 6-13, gathered at Succat Hallel in Jerusalem. They came to learn about worship and intercession, and to seek the Lord’s face together!

The theme was “Stand in the Gap”.

We talked about how we, as believers, are called to intercede for those we know who are not yet saved. And about how they, as children, are called to cry out to God in prayer so He will have mercy upon, forgive, and heal their generation.

We talked about how they are called to repair the wall and bring healing and reconciliation. Just like Yeshua does for us day and night at the Father’s right hand (Romans 8:34).

We divided them into six worship teams. Each one had a prayer focus of salvation and healing for either the Jewish people, the Arab people, their generation, their schools, their neighbors, communities and families, etc.

The prayer leader on each team chose one or two scriptures and led prayer from those scriptures for that people group. It was beautiful to hear the scriptures they declared and the prayers they prayed.

Most teams sang and prayed in Hebrew. Some in English, some in Hebrew and Arabic together.

And one team of kids from Bethlehem sang and prayed all in Arabic. So much joy broke out during their worship!

For most of the two days, we were about 100 people (leaders and kids) stuck in the prayer room because of rain outside. We were unable to do the games and outdoor times we had planned. Yet the kids did not mind one bit.

They sang, danced, ate together, worshiped, played, and got to know each other over several days. There was so much unity on the last day as they led everyone in worship and prayer.

They also made some beautiful art pieces to express that unity. Parents and siblings came on the last day to join in on the meeting led by the kids. There was such a family atmosphere there.

Our teenage volunteers, who have been leading worship watches since they were kids, did an amazing job coaching the kids’ worship teams! It was a way for them to grow in servant leadership which is completely a part of the vision for Dor Haba.

We finished our time together with a Shabbat dinner on Friday night. The next morning, I came to say goodbye to the kids and leaders from Bethlehem. I walked into each apartment where they were staying, the kids were all playing worship songs on the sound systems that were still set up there. One group was learning how to do spontaneous worship for the first time in Arabic.

Two young girls from a Muslim family were saying, “We love Jesus!” and singing “Shabbat shalom…” I could imagine our Abba Father just smiling down from Heaven!

Please pray with us for their whole family to receive the Lord. Two of our volunteers were invited today to have lunch with them at their house.

The pastor from the church in Bethlehem said that, since the camp, they were inspired to start a worship watch with kids in the Muslim quarter of the Old City. In addition to a weekly one they already have going on in Bethlehem, called Worship Generation.

It was started by a young man (in the video above) who, at the age of 16, came to the first Dor Haba camp in 2016, and felt called by the Lord to start something similar with children and his community.

We pray for much continued fruit from these precious days we spent together, even for years to come.

“Therefore if anyone is in Christ, this person is a new creation; the old things passed away; behold, new things have come. Now all these things are from God, who reconciled us to Himself through Christ and gave us the ministry of reconciliation…” – 2 Corinthians 5:17,18

The Lord is doing a beautiful, powerful thing in the younger generation in this land. We are blessed to be a small part of it.

You can support the work of Dor Haba in